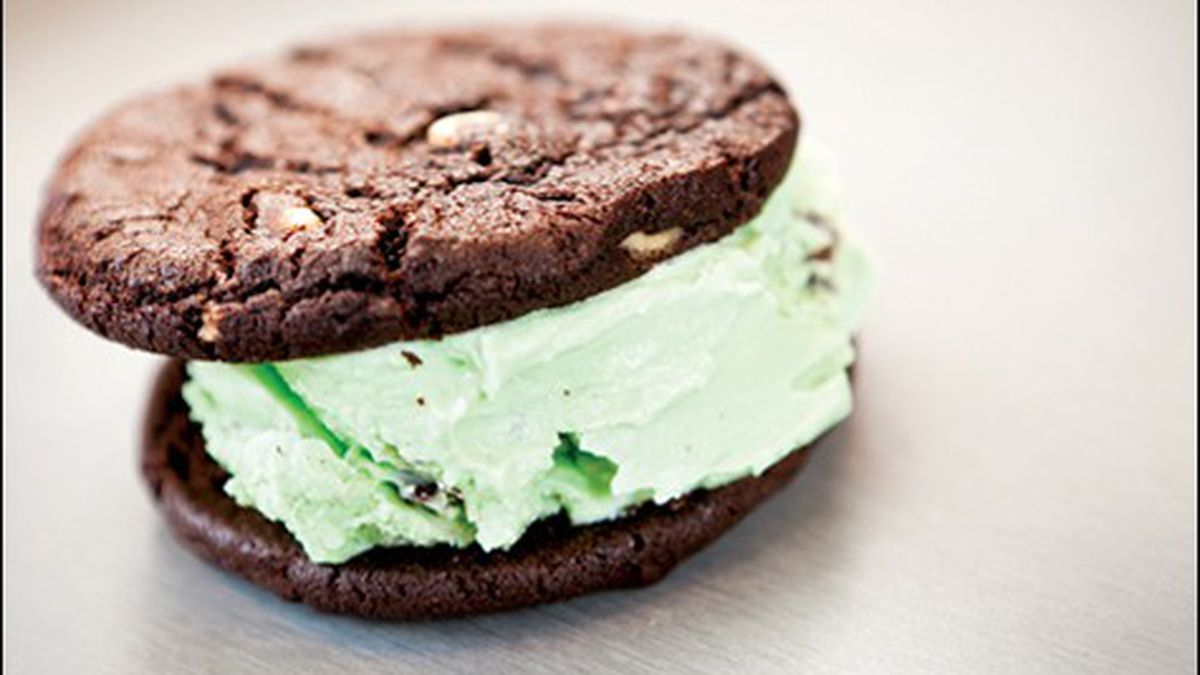 The bustling area just south of the Cal campus has long taken the cake for one of Berkeley’s most steadfast hangouts, but in recent years it’s experienced a significant flux. Rexall Drugs sat empty at the edge of campus for years, until finally Sam’s Market (2312 Telegraph Ave., 510-848-3448) gave the empty storefront a full makeover. They now offer fresh produce in addition to appetizing hot deli sandwiches, a great selection of quick breakfasts, tobacco products, and a massive selection of cold beverages. A couple blocks down, the small corner lot that once housed Mrs. Fields’ and then a failed cream-puff stop now has lines out the door: C.R.E.A.M. (2399 Telegraph Ave., 510-649-1000, CREAMNation.com) — that’s “Cookies Rule Everything Around Me” — serves up delectable ice cream sandwiches in whatever cookie-cream combination you want, for very few dolla-dolla bills. Gordo Taqueria (2404 Telegraph Ave., 510-845-8226, GordoTaqueria.com) recently set up its third Berkeley-area location across the street, boasting more seating, restrooms, and an all-around bigger spread than its Solano and College Avenue predecessors.

After the fire that temporarily shut down two of the Ave’s best-loved food and drink spots (Intermezzo and Raleigh’s), Pappy’s Grill & Sports Bar (2367 Telegraph Ave., 510-705-1207, PappysonTelegraph.com) is attempting to fill the shoes of Blake’s, another one of a few college bars in Berkeley that closed last year. So far, Pappy’s is putting its best foot forward: Although it aims to pick up the college drinking crowd left in the ashes of those watering holes, it seems its selling point is really the food. Tasty burgers, wings, and other bar treats abound. It’s also a great place to watch sports or play pool in the basement lounge.

Further south, Pasta Bene (2565 Telegraph Ave., 510-845-2363, PastaBeneBK.com) has been serving up solid Italian fare for almost two years now. It has everything from chicken marsala to fresh bruschetta at cheap prices, with a happy hour and lunch discounts to boot.

For a slightly pricier Italian experience, Sportivo (2132 Center St., 510-705-1801, SportivoBarRistorante.com) has joined the slew of upscale restaurants clustered west of campus. Opened by brothers Gilberto and Gaetano Lococo (of the popular Piedmont Avenue establishment bearing the family name), Sportivo caters to a younger crowd. If fancy cocktails and rich food are your thing, you can also walk a block down to Revival Bar & Kitchen (2102 Shattuck Ave., 510-549-9950, RevivalBarandKitchen.com), which opened its doors in 2010 to critical acclaim and local enthusiasm. It’s a large, chic restaurant, the kind of place where you can either go all-out and get down on some filet mignon, or just enjoy the ambiance and sip on a Moscow Mule.

Quality American cuisine has popped up in South Berkeley, too. Origen (2826 Telegraph Ave., 510-848-9200, OrigenBerkeley.com) specializes in salads, pizzas, and other unique turns on fresh ingredients with a simple, family-run attitude. There are lots more options at Berkeley’s southern reaches, too. Smokey J’s BBQ (3015 Shattuck Ave., 510-647-8442) opened up in the space that a beloved African restaurant used to occupy, but they’re doing the location justice. After the recent closing of campus-area barbecue joints — both Ironwood Grill and Looney’s are gone! — it might be worth a one-BART-stop hop for quality smokehouse deliciousness. At Berkeley’s southern border lies Addie’s Pizza Pie (3290 Adeline St., 510-547-1100, AddiesPizzaPie.com). It’s only a block away from and even shares some employees with Sweet Adeline Bakery, and relies on the best ingredients to put together its mouth-watering pies.