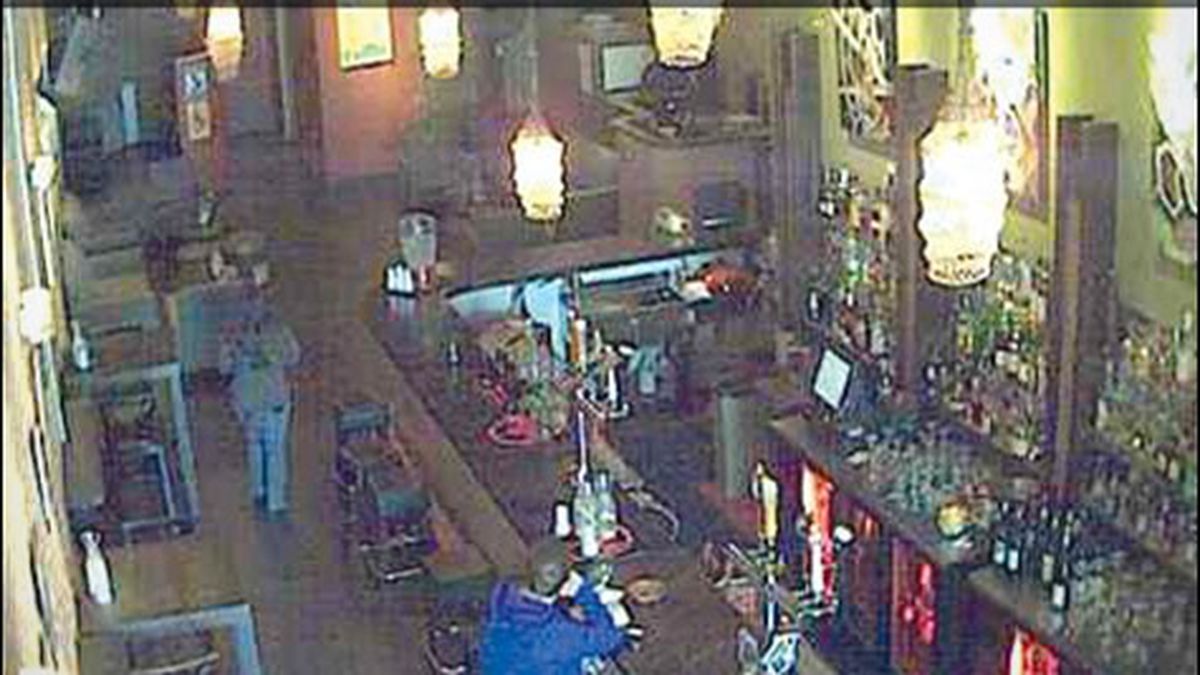 An iPhone app gives users a chance to peek in on bars — but not everyone's smiling for the camera.

Last Thursday night at Somar Bar in downtown Oakland, the scene was slow but steady: A DJ spun hyphy and old soul, and about twenty patrons clustered on the dance floor, at the bar, and on couches in the narrow, green-walled space. But what they didn’t know was that they were on camera the whole time, their likenesses and actions being streamed live through an iPhone app — one which some say is a useful, harmless tool, and which others say is an invasion of privacy.

Founded by a handful of Sonoma County entrepreneurs, the app, BarSpace, and its related web site, BarSpace.tv, employ a simple concept: Install cameras in bars and nightclubs and then streams that video live through a free iPhone app, as well as through the company’s website. The cameras are installed and paid for by BarSpace; each bar decided the hours between which they’d like to transmit a video stream.

The idea, according to the company’s CEO, Mike Deignan, is that people can use the app to see whether bars are full or empty — or even whether their favorite bartender is working that night or what the dress code is. Essentially, BarSpace makes it possible to find out what you’re getting into, in real time and straight from the source — to gauge a bar’s atmosphere against your own expectations and inclinations, without ever leaving your home (or, in some cases, paying a cover).

Developed by OutSpring, a Santa Rosa-based app developer, BarSpace currently serves more than two hundred bars, concentrated primarily in the Bay Area — and is expanding fast. Diegnan said he and his team are “constantly” seeking new clients and, eventually, intend to install cameras across the country. According to Jeff Bodean — who is one of the company’s owners as well as its director of technology — the app, which is free and available on iTunes, generates about 1,000 downloads a week.

But according to Chris Conley, a technology and civil liberties attorney with the American Civil Liberties Union’s Northern California chapter, BarSpace — and technology like it — raises serious questions about personal freedom in the digital age. “Broadly speaking, we would be concerned as a civil liberties issue,” he said, emphasizing that he wasn’t familiar with BarSpace itself and thus couldn’t speak about it specifically. “The concerns that we would have are, first, that people are actually aware of what’s going on — that people know they’re being filmed and that picture is being sent across the Internet to who-knows-where. The bottom line is, people need to be part of the equation.”

And there is evidence that bar patrons don’t, in fact, know they’re being filmed. At Somar, for example, there is no easily visible signage letting patrons know they’re on camera, and of the several people interviewed at the bar over the course of two nights, only the bartenders knew they were being filmed. This made some customers uneasy — at least in the abstract.

“It’s kind of weird,” said Harvey Castro. “The intent is great, but like everything else with the Internet, people can take it to extremes. I don’t feel like I have anything to hide, but I can think of a lot of things you could be doing in a bar that you wouldn’t want people to see.”

And Nicole Nelson, another Somar patron, said, “I do not like the idea of walking into a bar knowing — or even not knowing — that I’m on camera.”

Moreover, BarSpace video can easily be stored. Though BarSpace itself doesn’t hold on to the video it captures, even a cursory Google search yields dozens of tools for saving — and then, of course, even altering — streaming video.

For their part, Bodean and Deignan said that the company has received some concerns about privacy, and it has done what it can to address them. “When people first hear about it, they’re nervous,” Deignan admitted. The same hypotheticals always come up, he said: on the more benign end of the spectrum, the wife spotting her husband at the bar or the boss catching an employee drinking while on the clock, or, more seriously, a stalker using BarSpace to surreptitiously follow a victim. But ultimately, Bodean said, “The point of the product is not to make a stalker utility — it’s to see what a venue looks like, to get a head count.”

For that reason, he and the rest of the BarSpace team try to install cameras at a high, wide angle — “and when you do that, you’re going to lose some detail,” he said. Moreover, in bars with low ceilings or tables positioned close to the camera, the company can intentionally degrade the picture quality — but he said they typically only do that when a bar comes to them with concerns.

The ultimate effect is something like looking through slightly mottled glass, or at grainy surveillance video — not clear enough to see small details, but probably enough to pick someone out if you’re looking for them. Indeed, Patience Thornton, a bartender at Somar, said her boyfriend uses the app to see if she’s working, and that she and her co-workers use it before a shift to see which bartenders are on.

According to Thornton, some of Somar’s customers have been taken aback when they learned about BarSpace. “People think it’s creepy,” she said matter-of-factly — but in the end, Thornton didn’t know of any formal complaints from customers. (Repeated messages for the bar’s management went unreturned.) She believes that much of this is a reflection of changing attitudes about surveillance: “I think a lot of people just assume when they’re in a bar that they’re on camera,” she said.

In reality, however, most closed-circuit surveillance footage from bars isn’t broadcast live online for anyone with a computer to see. Nonetheless, it appears that some people consider applications like BarSpace nothing more than the next natural step: as another customer, Marie Deleris, said, “We’re living in a digital age. If somebody really wanted to know where you are, they can find out.”

Indeed, BarSpace isn’t the only app that shares video, and Deignan noted that he’s heard of many other bars streaming live video independently of his company.

For the ACLU’s Conley, it’s all about privacy, and to what extent it’s possible to protect it in the digital era. “There are more and more companies whose business models are driven by collecting information,” he added. “Technology enables lots of information to be used, to be stored, to be shared in a way that it hasn’t before” — and in many ways, societal attitudes and the law are only beginning to catch up. Ultimately, he said, “the big issue is that people should have control over their own personal data.”

Leader for the Next Generation of Art Activism: Int’l Hay Sús