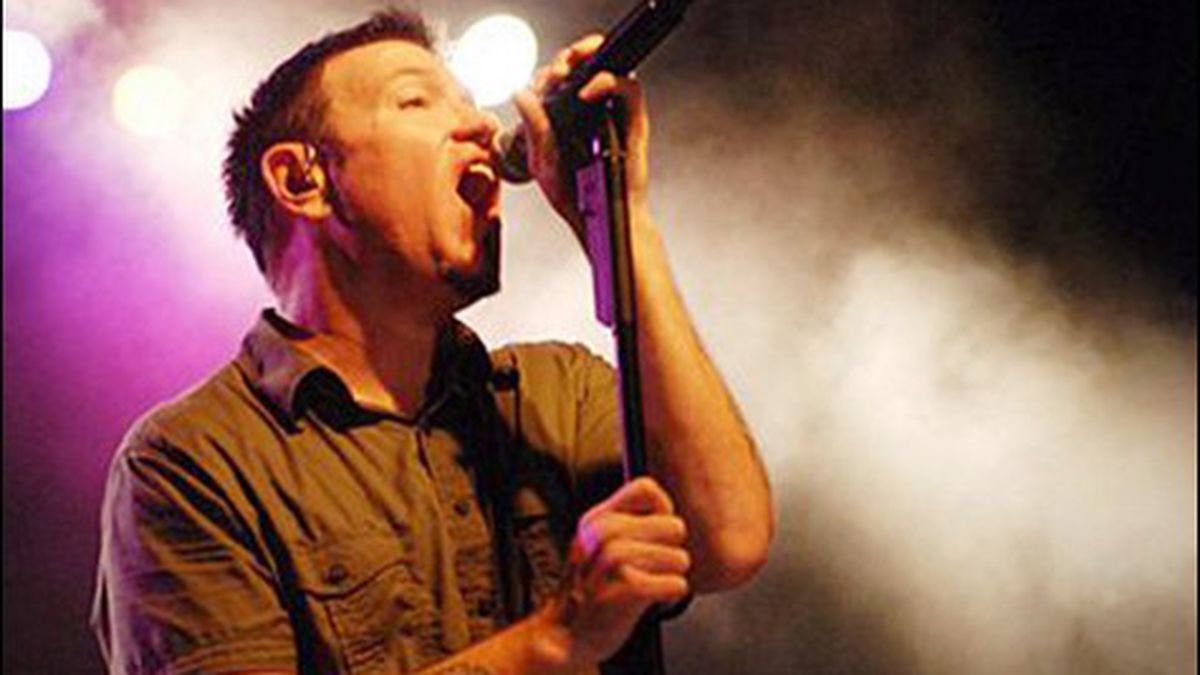 Smash Mouth and the Egg Challenge

How did Smash Mouth frontman Steve Harwell get suckered into eating 24 eggs in one sitting? The Internet, of course.

According to the press release prepared for the occasion, the official, flack-sanctioned explanation as to why Steve Harwell — San Jose resident, frontman of the Nineties band Smash Mouth, and now, unlikely Internet folk hero — will walk into a Dublin chain restaurant on Monday afternoon and eat about 3,700 calories’ worth of eggs in a single sitting is thus: He was prompted by a “bizarre online fan challenge.”

Indeed, it’s a surreal story at every step of the way, and it begins with one Jon Hendren, a 27-year-old writer for the humor website SomethingAwful.com, who also lives in San Jose. Hendren’s surprisingly coy in real life — in fact, he only agreed to be interviewed for this story via e-mail (“I hate the telephone,” he explained, over Twitter, naturally), but it’s safe to say he’s something of an Internet provocateur.

Exhibit A: his Twitter handle, @fart, under which he’s amassed 5,000 followers and more than 12,000 tweets. As he tells it, he was skimming Twitter one night when he noticed that Smash Mouth had only about 200 followers (to put this in perspective, this is about a tenth as many as Jean Quan, and roughly 14 million less than Lady Gaga.) To Hendren, this was a curiosity, or an embarrassment, or an opportunity. “They’re a staple of the local ‘culture’ and I had several thousand followers,” he explained. “So I decided it would be a good idea to beg the lead dude to eat 24 eggs for me for 20 bucks, and I would meet him wherever he wanted in town and feed him the eggs personally.” Of course.

“It was silly and I didn’t expect anything to happen. At the very least they’d see it show up in their Twitter feed and they or their management might get a kick out of it or roll their eyes or something.” But within a couple hours of Hendren’s request, dozens, and then hundreds, of his followers offered to match the $20. Quickly thereafter, he said, people also began pledging “un-joke-like amounts of money for charity if he’d follow through and eat the eggs.” The band, perhaps understandably, didn’t respond, but Hendren upped the ante, penning a 500-word front-page piece for Something Awful that formally set the challenge.

The rules were thus, according to Hendren’s letter: the eggs would be free and prepared to Harwell’s liking (even the more expensive brown eggs, Hendren offered generously), and he’d meet him wherever he liked (Hendren’s suggestion: a particularly vagrant-infested San Jose public park, though he promised he was open to suggestions). The only stipulation was that Hendren be allowed to put the entire thing on YouTube — because, after all, video is the currency here. “I just want to film it. … Just want your Smash Mouth filled up with eggy bits,” Hendren’s letter read, plaintively. “Please, don’t egg-nore this.” And lest Harwell think, somehow, that this was all a joke: “This is completely serious. You just have to eat a bunch of eggs, that’s it. It’s just eggs! …This is a real thing. … I will watch you eat the eggs, but in a kind and respectful way. Fill your entire body up with eggs for us, Smash Mouth.”

The idea continued to catch on, of course. According to Hendren, “Smash Mouth’s Twitter following rose to about a thousand, and almost all of those people were there to beg them to eat eggs.” Or, as Katie Notopoulos, one of those people, recalled, via e-mail: “it snowballed and became a Thing where this group of about 50 people kept tweeting jokes about it. Somehow, the joke didn’t get stale, and people kept tweeting increasingly gross and abstract jokes about Smash Mouth eating the eggs for weeks.” At some point, Harwell’s cell phone number must have leaked, because he was soon inundated with hundreds of egg-related calls, and at least two dozen YouTube videos popped up imploring Harwell to take what had now been named, somewhat ceremoniously, “the challenge.” In one, a dubstep version of “All Star,” the band’s 1999 breakout hit, plays behind a montage of inspirational phrases and Photoshopped images of Harwell and eggs in various permutations; in another, a British bedroom crooner sings, Hey Smash Mouth/eat the eggs please/were not asking much/we just want you to eat the eggs/all of the eggs/it would make us happy/and it would make money for charity. One fan even went so far as to film himself eating 24 fried eggs, in a positively excruciating 17-minute video, to prove to Harwell that it can be done (“Paul Newman ate 50 of them,” he offers as encouragement a few minutes in).

So, by the time Harwell finally agreed — in early July and with the stipulation that fans raise $10,000 for St. Jude’s Children’s Research Hospital — it was practically a foregone conclusion. A page on Causes.com — a charity crowdfunding site typically concerned with subjects like genocide in Africa and wildfire relief in Texas — quickly popped up; within a day of Harwell accepting the challenge, it had generated more than half the $10,000 goal. A food blogger suggested a four-course menu, consisting of deviled eggs, artichoke Florentine, Portobello quiche, and vanilla amaretto custard. A second wave of jubilant YouTube videos cropped up. “Washed Up Rocker Will Eat 24 Eggs Because the Internet Told Him To,” Gawker declared, before comparing the eggs coup to something of an American equivalent of the Arab Spring: thousands of disparate people brought together by the Internet and in the name of a single cause. Fair enough.

It’s a hyperbolic comparison, of course, but get past the glaring disparities in terms of, well, gravity, context, and historical import, and there’s something to it. This is a story that couldn’t happen anywhere other than on the Internet, or at any time other than now. “Back in the day, you could write a fan letter and send it in the mail, but only someone really dedicated would bother,” Notopoulos said. “Now, you can send any passing thought you might have their way.” (She even made a blog chronicling the phenomenon, DumbTweetsAtCelebrities.Tumblr.com.) Or, in Hendren’s words, with the advent of Twitter, “it’s terribly fast and easy to discuss and coordinate and share ideas and opinions. Some groups use this as a force for good or for change. Others ask Smash Mouth to fill his face with eggs.”

In that sense, it’s an act of absurdist apolitical theater apparently motivated by little more than Hendren’s own instinct for provocation — but that doesn’t necessarily mean it’s without merit. “I can’t really describe how excited I felt when they finally announced they were going to do it,” recalled Notopoulos. And moreover, she pointed out, “$10,000 raised for cancer research is nothing to sneeze at.” But, she conceded, “There is something mocking about it.”

At any rate, Harwell seems to have embraced the challenge fully. He reeled in Guy Fieri, a longtime friend and now Food Network personality, to cook the eggs for him at his restaurant, Johnny Garlic’s. Media and the public have been invited and the whole thing will be streamed live online, according to Amanda French of Essential Broadcast Media — the PR firm brought in specifically to deal with Smash Mouth’s egg-related press queries, which French said have been numerous. (At press time, Harwell — who couldn’t be reached personally for comment— had yet to decide how he’d like the eggs prepared.)

And for his part, Hendren already appears to have moved on to other things: “I will give the weird voice guy from Crash Test Dummies $100 for the charity of his choice if he eats a gallon of oatmeal for me in one sitting,” he wrote. Naturally, he appended a hashtag: “#WeirdVoiceGuyEatTheOatmeal.”

Facebook
Twitter
Previous articleHalf of California Workers Will Retire at or Near the Poverty Line
Next articleHarborside’s Death Tax
18,632FansLike
0FollowersFollow
67,429FollowersFollow