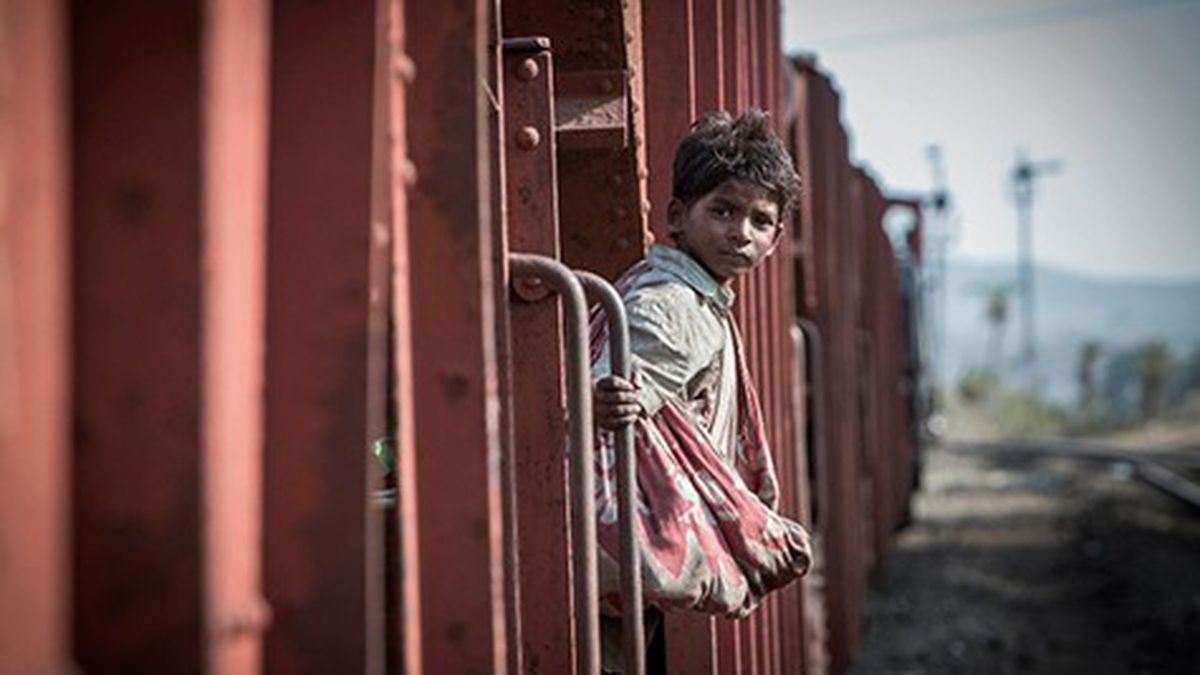 But it seems a little more honest, in this Australian tale of an Indian waif.

Millions loved Danny Boyle’s Slumdog Millionaire, but thousands of others jeered. The skeptics thought it was a piece of cheese, a corny, pumped-up, pathetic feel-gooder that preyed on boys-of-the-slums clichés and turned weepy popcorn sociology into Oscar gold. The makers of Lion, undeterred by all that, set out to do more or less the same thing with the story of an Indian boy named Saroo (or was it Sheru?). Lion is not quite as transparently award-seeking as Boyle’s 2008 pic. Somehow, it seems a slight bit more honest. For one thing, no one pratfalls into a shit pit.

The screenplay is adapted from A Long Way Home, a book by Australian author Saroo Brierley — it’s essentially a novelization of Brierley’s real-life experiences. Oz director Garth Davis, who specializes in commercials, oversees writer Luke Davies’ adaptation as a drama of feelings, rather than as merely a rescue from a cruel and exotic locale. True, there is a trace of the old cruelty and exoticism in the perils of young Saroo, but precious little maudlin slapstick.

The boy, son of a single mother who does back-breaking work in a rock quarry (Priyanka Bose), is in the habit of boarding speeding trains as they pass through the Northern Indian village where he romps with his older brother Guddu (Abhishek Bharate). Once on board the brothers steal coals, jump from the moving train, and sell the swag for necessities such as milk. One day the plan backfires and five-year-old Saroo (Sunny Pawar) gets trapped aboard a passenger train dead-heading back to Kolkata, 1600 km away. When he finally escapes, the innocent and illiterate kid finds himself stranded in a huge, noisome city crawling with hustlers, pederasts, thieves, and other lost boys.

By luck, a stay in a state orphanage leads to Saroo’s adoption by a childless married couple in the Australian state of Tasmania (Nicole Kidman and David Wenham), the very portrait of caring, well-off white people for whom one little orphan from the Subcontinent is never enough. But as he grows, Saroo — played by… wait for it… none other than Dev Patel from Slumdog Millionaire – aches to reconnect with his family back in dusty Khandwa. His new girlfriend (Rooney Mara) agrees.

No one will leave the theater feeling manipulated — well, very few at any rate. It’s unusual to see Kidman, decked out in curly red hair like Janet Frame, looking so homey and restrained. Divian Ladwa, in the role of Saroo’s damaged Australian foster brother Mantosh, steals the movie with his quietly desperate performance. Lion roars quietly with restraint and simplicity.


Lion
Facebook
Twitter
Previous articleWhere to Buy a Cake for Your Upcoming Holiday Party
Next articleBurnt Ramen Pushes Back Against City of Richmond
18,632FansLike
0FollowersFollow
67,429FollowersFollow