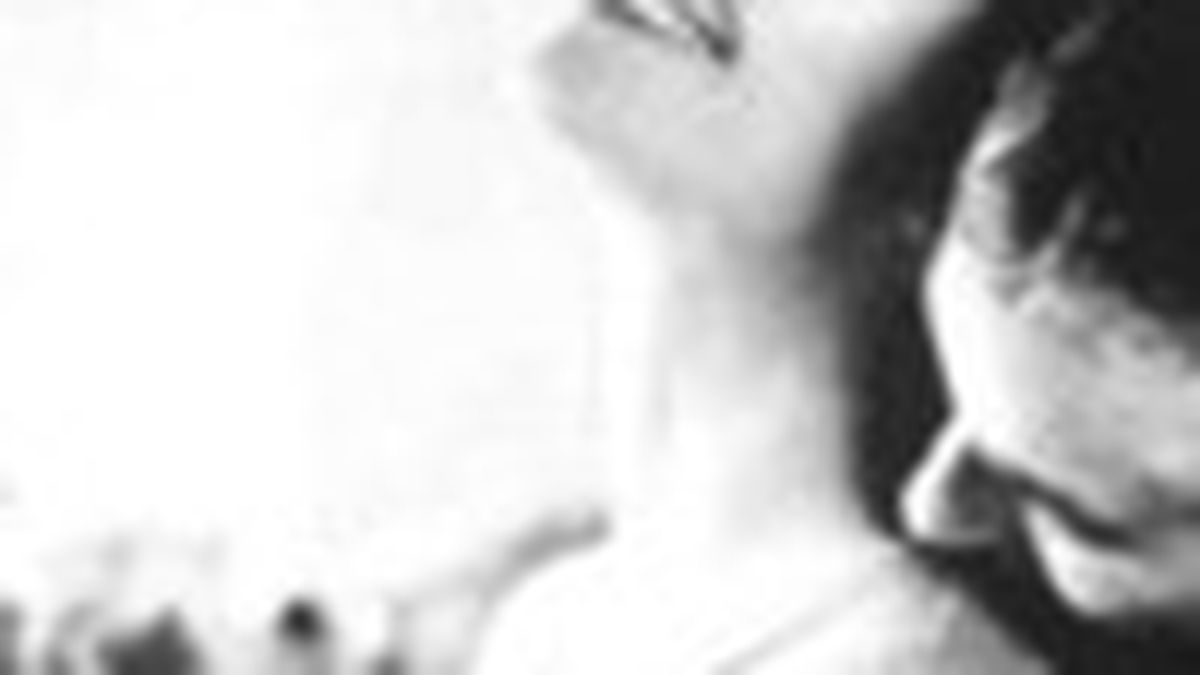 Under the Sand is a character study of a mostly uninteresting character.

After all these years Charlotte Rampling, who has adorned movies from Luchino Visconti’s The Damned (1969) to Woody Allen’s Stardust Memories (1980), still looks great. And she had better, since director François Ozon’s camera hugs Rampling in almost every shot as though the movie’s life depends on her.

Under the Sand opens with a long shot of the Seine, a boat floating leisurely down the river. The camera then pans to the road alongside, the traffic moving chaotically. It’s a nice little juxtaposition, nature and the hectic pace of contemporary urban life, all that. The trouble is, ninety minutes later I was still wondering what that nice opening pan had to do with the movie.

One of the cars on the road contains a middle-aged couple, Marie Drillon (Rampling) and her rumpled husband Jean (Bruno Cremer). They appear comfortable with one another, in the way of middle-aged couples who don’t have much to say. They stop at a gas station, where she washes up and applies lipstick in the restroom. He gets espresso from the coffee machine. Eventually they arrive at their summer house in the countryside; it had been shuttered for the winter, and things continue in a leisurely manner. He walks through the woods collecting firewood. She prepares spaghetti for dinner. They share a bottle of wine which they laughingly agree is “drinkable.” It’s all very low-key, comfortable, the very picture of domestic tranquility. By the time they get the fire going the only thing missing is a dog.

The next morning they head to the beach and he goes for a swim while she falls asleep on the sand. But when she wakes up and scans the water, he’s gone–nowhere to be seen. Frantic, Marie asks other beachgoers if they’ve seen any sign of her husband, but they haven’t. She brings in the local lifeguards; a helicopter flies low over the sea searching for him, but there’s no sign of Jean. (The only thing missing from this scene is a great white shark.) The police interview her, wanting to know if he was depressed, did he have reason for wanting to disappear, were there health problems?

Next, the movie finds her, months later, at a dinner party with friends back in Paris, trying to get back into the swing of life; she’s putting on a brave face but obviously still out of it, obviously still hoping he’s alive. Her best friend, Amanda (Alexandra Stewart), tries setting Marie up with Vincent (Jacques Nolot), a decent fellow who’s a publisher, telling her it’s time to move on. But Marie is reluctant to let go.

In this way the movie continues, at as leisurely a pace as when it began. By not actually showing us Jean drowning, Ozon shows us what a tease he is, leaving us–and Marie–to wonder whether he’s still alive. So there’s a touch of mystery to the proceedings. But there’s no mystery about what’s happening to Marie: she’s unraveling. At home, she hallucinates her husband greeting her when she returns after a night out. To her friends’ dismay, she continues to talk about Jean in the present rather than the past tense. When she goes shopping she picks out a tie for him, telling the saleswoman it’s for her husband.

It’s kind of a minimalist exercise, in the French mode, that Ozon gets going, with a spare use of music. But it lacks, say, French minimalist master Robert Bresson’s precision and tension. And it doesn’t exactly feel like a realistic slice of life either, as in You Can Count on Me
. Marie teaches English to French students, and the novel she’s reading aloud to her students (her selection? or part of the curriculum?) is Virginia Woolf’s The Waves,
in which a character drowns herself by stuffing her pockets with rocks before entering the water. Over dinner in a restaurant, she discusses the book with the publisher, a scene that’s introduced by a studied composition of the two of them seen through an aquarium with fish swimming around, as though to suggest that they’re underwater, but why?

She goes to bed with the publisher, giving us ample opportunity to note the marvelous shape in which Rampling has kept her body, but still, the movie just dog-paddles along. When she gets a phone message from the police that a body’s been recovered that matches her husband’s description she chooses to ignore it, wanting to keep alive the fantasy that he’ll return–but meanwhile her bank account’s dwindling and she can’t touch his accounts because he’s not officially dead, only missing. But then one day she learns that her husband saw a doctor shortly before they went on vacation but didn’t tell her.

I would like to say that the mystery keeps deepening, but it really doesn’t. Marie is depressed and in denial, and director Ozon is depressed and in denial, too–in denial that he’s creating a movie that has rocks in its pockets. Not the publisher she’s having an affair with, not her best friend who keeps urging her, in the most well-meaning way, to move on–none of them spark the movie to life. In fact, there is precisely one scene when this very prettily composed movie comes alive, and that’s when Marie visits her very elderly mother-in-law, a woman who looks like she’s a hundred years old. The old woman, with malice gleaming merrily in her eyes, tells Marie that of course her son’s alive, he ran off and wanted to start a new life because he was bored to tears with Marie. Marie responds that the mother-in-law belongs in a mental asylum, not a rest home, and the old woman shoots back that she’ll see Marie in an asylum before she herself is ever put in one. This old woman has more life than anyone else in the movie, and it’s the one scene that has genuine conflict. (It’s as though Ozon doesn’t realize that conflict is what generates narrative interest–but then it’s not for nothing that the word “ennui” has made the trip from French to English without adjustments.)

In essence, Under the Sand is a character study of a woman in denial over the death of her husband. The problem is that her character isn’t terribly interesting, so that even if she were to go swimming and bump into the bloated, decaying corpse of her husband I’d be inclined to agree with the old woman that he ran away out of boredom.