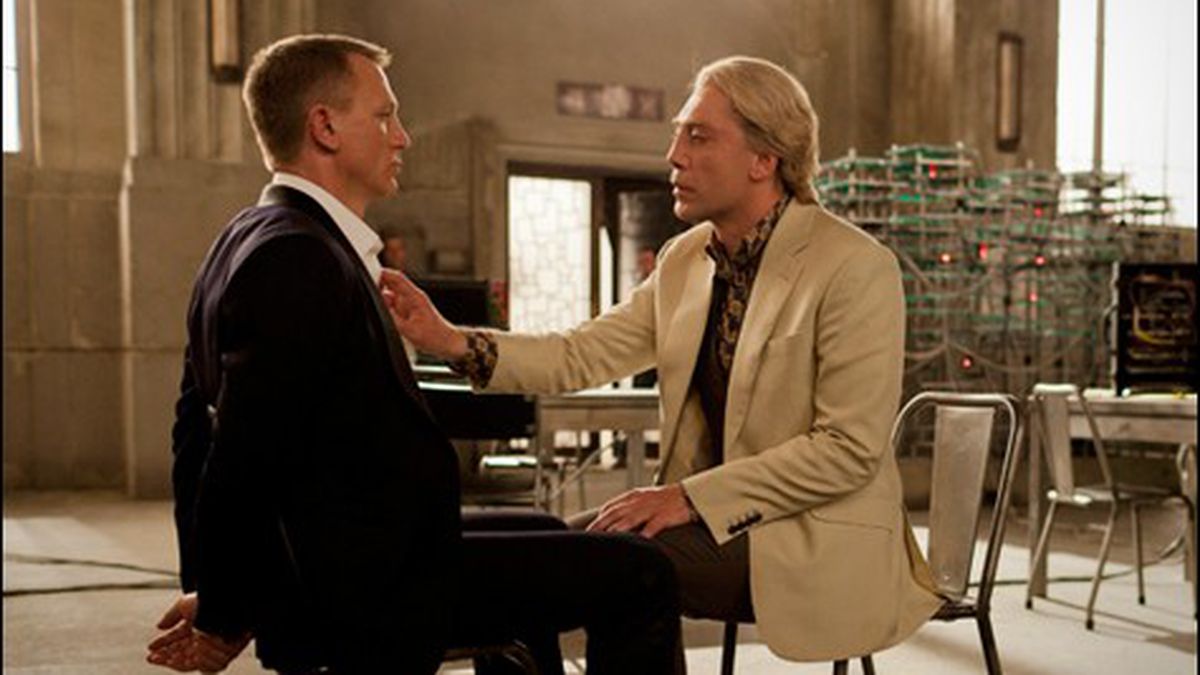 The quality of a James Bond movie varies in direct proportion to that of its villain. Try this little test: Think of your favorite Bond adversary, then match him or her to the corresponding actor who played 007. Everyone remembers Oddjob, Jaws, Auric Goldfinger, and the durable Ernst StavroBlofeld — a few may even name Rosa Klebb or Le Chiffre — but try to recall exactly which James Bond they bedeviled. Sean Connery? Roger Moore? Pierce Brosnan? Peter Sellers? Bonds may come and go, but demons are forever.

The Bond franchise celebrates its 50th year with the release of Sam Mendes’ Skyfall. It’s the best recent 007 film largely because of Javier Bardem’s performance as Silva, the fake-blond, effeminate, loquacious, eternally vengeful ex-British Secret Service who has it in for Bond (Daniel Craig, his third go-round) but especially M (Judi Dench), the MI6 boss. Bardem’s winks, nods, and moues immediately catapult Silva to the top echelon of Bondian baddies. That the evil mastermind apparently has a playful crush on our hero, especially when 007 is tied up, only adds flavor to what is essentially a rather dour tale of growing old: Bond, M, the whole world-domination game, etc.

Roger Deakins’ cinematography and the visuals in general are astounding. If the aerial shot of Shanghai at night really is that city without CGI enhancements, it puts 99 percent of film fantasy locations to shame. Silva and the spectacular image-making breathe new life into the old firm. Bond-age has rarely been so much fun.