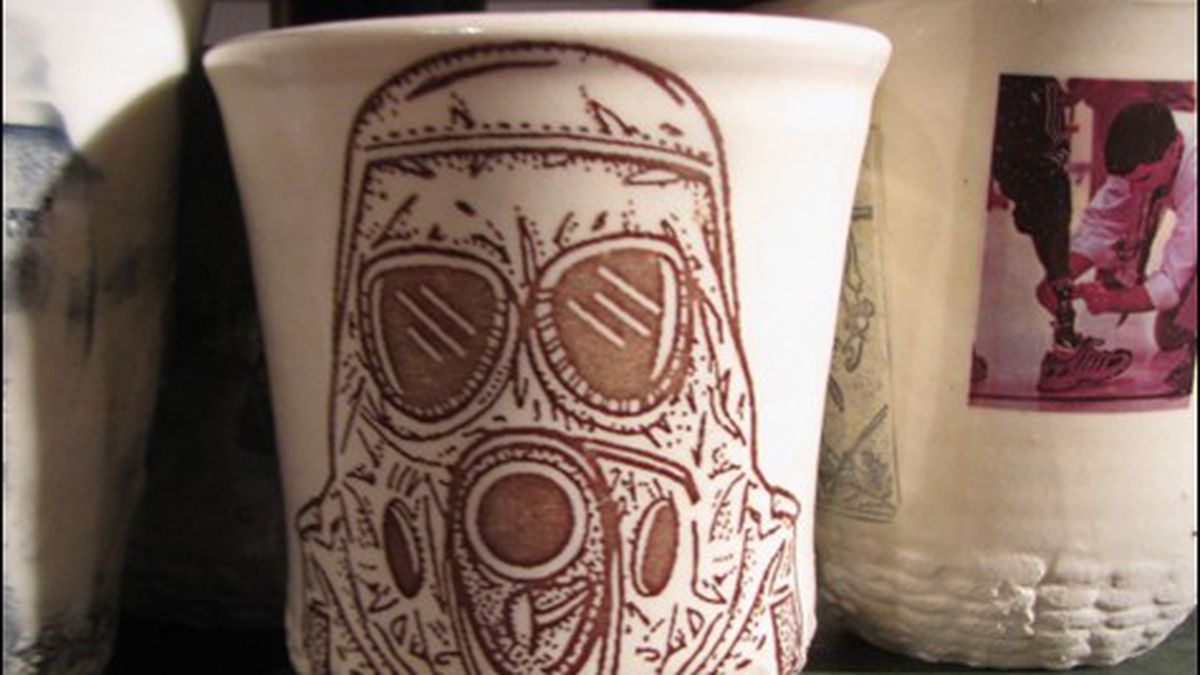 Situational Aesthetics in The Art of Transformation

The idea that art can be socially engaged returned with a vengeance in recent years, after a two-generation hiatus during which the art world disdained politics. Today’s “social practice” artists are now free to examine real-world issues through multidisciplinary collaboration and other conceptual strategies. The artists shown in The Art of Transformation take social practice further, into the realm of emotional healing, both individual and communal, into a humanist spiritual practice. Yet while they may utilize art-making as a means rather than an end — with their focus on ethics rather than aesthetics — their artwork is both affecting and effective.

Healing Environments is a nonprofit that publishes inspirational booklets for the sick and dying in hospitals and hospices, and also helps design humanistic healthcare facilities. Collaborators Kate Strasberg and Traci Teraoka, both reeling from losses of friends and family members to cancer and AIDS, designed their journal of writing and art, A Light in the Mist, to help comfort the vulnerable. In 2010, it celebrates its fifteenth year of service.

An artist, activist, and bereavement facilitator, Sherri Lynn Wood uses the creative process to process emotion. Wood’s “Passage Quilts” incorporate the clothing — housecoats, golf shirts, Sunday dresses, lingerie, wedding clothes — of her own lost mother and mother-in-law. Her “Prayer Banners” commemorate American and Iraqi war victims from 2003 through 2007 (“REPENT”) and 2007 through the present (“MERCY”). Volunteers at homes, galleries, and churches sew the coffin-shaped patches, each bearing one stitched surname, onto wool blankets.

Ehren Tool, a Marine in the 1991 Gulf War, makes ceramic cups festooned with war imagery — jingoism and weapons porn versus disfigurement and death, depicting “the uneasy collision and collusion between military and civilian cultures.” Tool sends his cups to world leaders and has given away around 7,500 so far; he also writes and lectures on his “War Awareness Art.” Exhibited here are a long shelf of cups (probably 225, symbolizing a Marine company); a cluster-bomb-shaped tower of cups, suspended above a map of Berkeley and centered on the viewer’s location, with its blast area delineated in desert-sand ocher; and a video, “1.5 Second War Dead Memorial,” depicting cups being shot, forty a minute, mechanically, accompanied by commemorative suggestions: to honor the 4,380 US casualties in Iraq, watch for 1h49m; to honor the 96,000 Iraqis, watch for 39h49m. Kids’ art from Children’s Hospital’s Artist-in-Residency program is also on display. The Art of Transformation runs through May 7 at John F. Kennedy University (32956 San Pablo Ave., Berkeley). 510-647-2041 or JFKU.edu