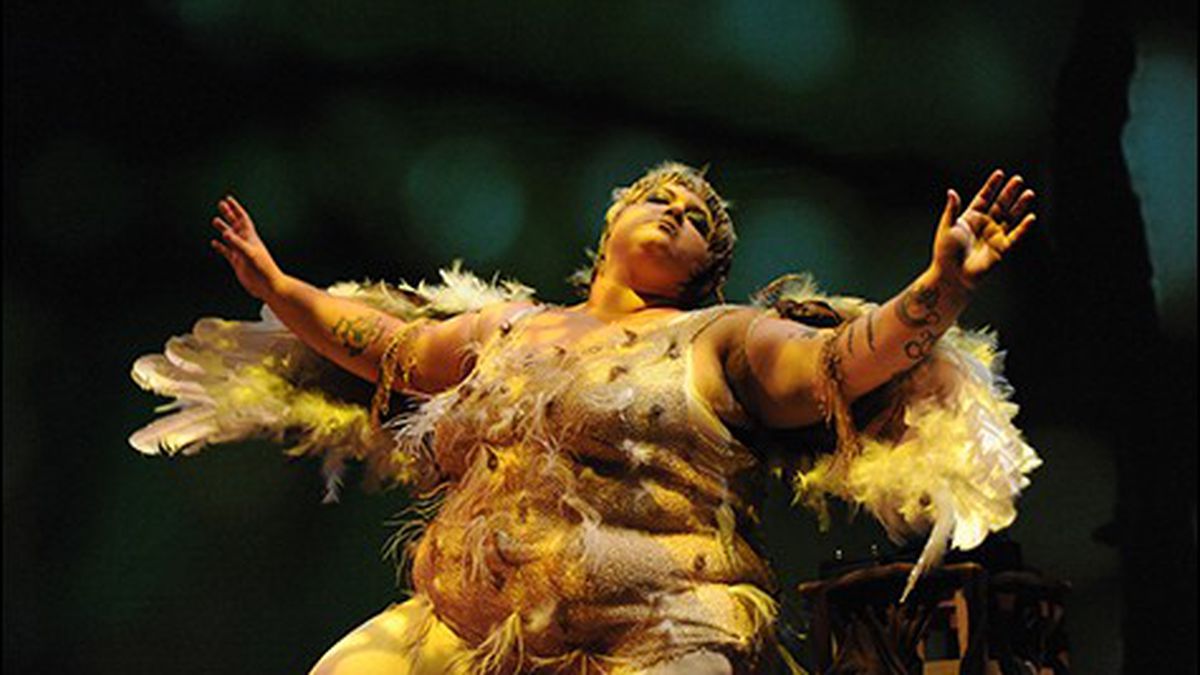 A new documentary from performance group Sins Invalid aims to take the taboo out of exploring the sexuality of the disabled.

Sex and disability aren’t words you often hear together, says spoken-word artist Maria Palacios in the trailer for the new documentary Sins Invalid. When you do, Palacios continues, it’s often in the vein of “Those people … have sex?” The film, and the organization it documents, seeks to change that.

Debuting in 2006 at the Brava Theater in San Francisco, Sins Invalid began as a performance that celebrated the sexuality of disabled artists — including those who are queer, gender-variant, and of color — through spoken-word, poetry, dance, and song. “The performances make us visible, eroticize us, and represent the full spectrum of our humanity,” said Patty Berne, the group’s co-founder and executive director. “It is a space where we control the terms of the debate around our sexuality.”

But what was intended to be a one-time event slowly grew into a robust disability justice organization. After their first performance, the creators were bombarded by requests for more shows. Within a year, they expanded the event into an organization (also called Sins Invalid) that sought to change how people with disabilities are viewed. In particular, Berne wanted to combat the notion that disability is a single-issue identity marker. “The disability rights movement is majority white and hasn’t addressed the reality of disabled people of color,” said Berne. “And in many racial justice communities, disability is not addressed.” Berne, who is Japanese- and Haitian-American and also has muscular dystrophy, said she often felt tokenized in both settings and wanted to change that.

In addition to their annual performance, Sins Invalid’s organizers give lectures, conduct performance workshops, and train community-based groups on disability rights issues. Recently, they completed a documentary that they hope will expand their reach. Directed by Berne, the film features interviews with artists discussing their pieces, documents the process involved in creating the shows, and showcases the performances themselves. The San Francisco-based foundation the Aepoch Fund provided the initial funding, but in order to wrap the film, Sins Invalid turned to Kickstarter last year. The organization ended up raising more than $15,000.

The New Parkway Theater (424 24th St., Oakland) will host a screening of the documentary on Friday, October 11 and Saturday, October 12. Beforehand, a performance will include spoken word and music by some of the artists, including Sins Invalid co-founder Leroy Moore, and a question-and-answer session will take place following the screening.

The filmmakers hope Sins Invalid will soon make the rounds on the festival circuit, but their ultimate goal is to get it on television. The organization and the film may have broad goals, but Berne said impact on individuals is also crucial. “Our bodies are beautiful and valuable,” she said. “We’re hoping people see that about themselves.”

Facebook
Twitter
Linkedin
Previous articleGot a Complaint or Comment About the 51 Bus Line? Come to These Meetings:
Next articleWednesday Must Reads: Obama to Nominate UC Berkeley Prof to Run the Fed; California’s Response to Obamacare Called “Phenomenal”