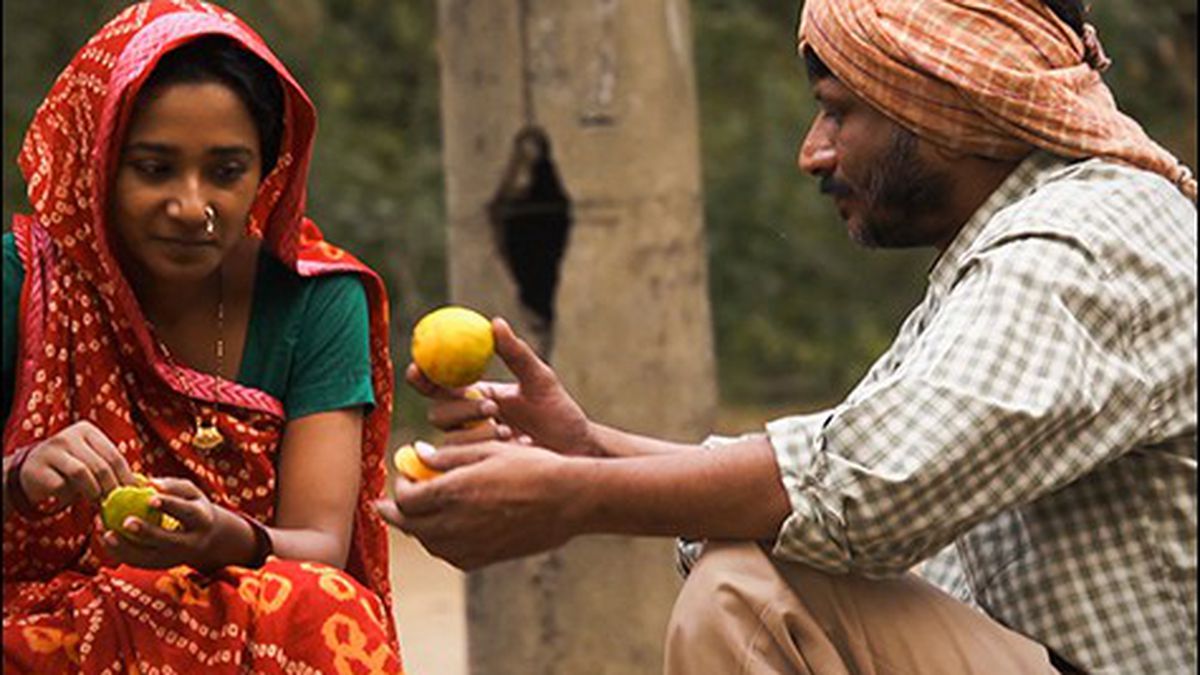 Mahendra Saini (Rajesh Tailang) is a “chain wallah” who makes his living as an itinerant zipper repairman, wandering the streets of New Delhi with the tools of his trade and a bullhorn to announce himself. On a regular day, he earns 250 Rupees, about $4.25. He, his wife Suman (Tannishtha Chatterjee), and their toddler daughter inhabit two unfurnished rooms in a dilapidated poured-concrete structure in a dirty side street where kids play cricket. The ball often flies in while they’re having dinner.

The Saini family also has a son, Siddharth, for whom director Richie Mehta’s absorbing pocket drama is named, even though we never really get to know the twelve-year-old (Or is he thirteen? His father is vague about that). The family is so poor they send Siddharth by bus to the city of Ludhiana in Punjab, on the say-so of a brother-in-law, to work in a trolley factory. By law, children Siddharth’s age are entitled to a free education and child labor is forbidden, but we soon see that rules and reality are often far apart for people like the Sainis.

The story is simplicity itself, although it flowers before our eyes into a panorama as rich and varied as a passage in the Mahabharata. Siddharth disappears. Mahendra and Suman make worried inquiries to the in-laws, the police, the owner of the factory where Siddharth worked, his factory roommate, various hustlers and fixers, even strangers on the street as far away as Mumbai, but no one really knows where the boy went. And no one seems to care. The factory boss tells Mahendra: “If you can’t find him, just have another one.”

And so filmmaker Mehta, who made Amal (2007), the story of an auto-rickshaw driver, spins another dazzling fable of the downtrodden that, instead of depressing and discouraging us, lifts our spirits even as the characters’ fortunes fall. We’re left to draw our own conclusions, or not. Such a movie is a rare and elusive thing, and Richie Mehta is a master.