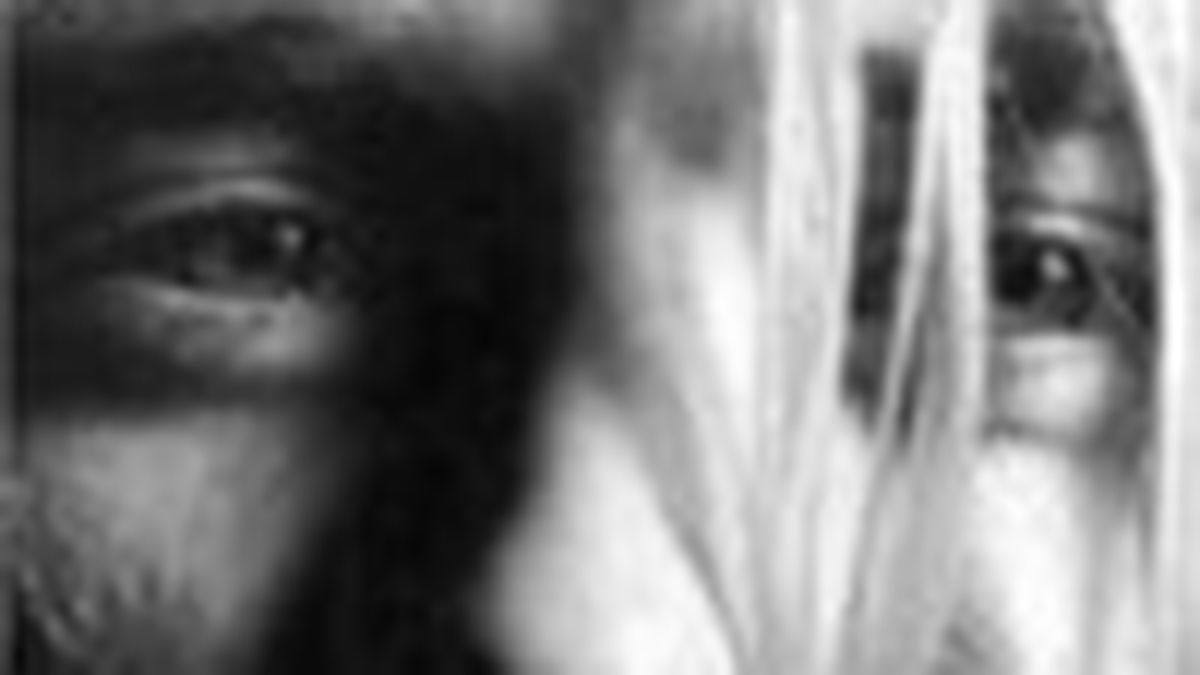 Book briefs for the month of October

Heavier Than Heaven
A Biography of Kurt Cobain
By Charles R. CrossHyperion Books (2001), $24.95

Though we’ve all lived through the ending, watched the broadcasts, seen repeats of MTV Unplugged, I read on, page after page, to see what happened next. Or rather, how it happened next. I’ve watched docudramas suggesting Kurt Cobain was murdered, blaming drug dealers or his wife or other jealous musicians, but none go where this book has gone — to the source itself, Cobain’s own journals, two dozen in all.

Charles R. Cross isn’t a removed, making-money-off-the-dead sort of biographer. He can say he was there. He lives in Seattle and was the editor of the Rocket, a Northwest music and entertainment magazine, which also ran the first-ever Nirvana cover story. After four hundred interviews in four years with Cobain’s immediate family and friends, Cross’ book comes off like a time-lapse movie. He makes me feel the ceaseless Northwest rain in my bones. He makes me see Cobain vividly at crucial points in his life: the lonely childhood, his first guitar, first heartbreak, his parents’ divorce.

Faithfully chronicling Cobain’s rapid rise to fame, quoting his journal at key points, this book reads like a novel of a tragic hero rather than a VHI Behind the Music biography. The never-ending depression, chronic stomachaches, and drug addiction are all there. Instead of casting blame on others, Cross does an excellent job of showing the stages of Cobain’s addiction and his subsequent withdrawal from friends and family, and depicts not a fame-hungry rock god but rather a sensitive and creative boy/man trying to exorcise demons, pain, and loneliness. Cross deals empathetically with all aspects of Cobain’s life, including his marriage to the controversial Courtney Love.

One may argue that suicide is a selfish act, and in most cases I would agree. My father once told me, however, that some people were not meant for this world. Cobain seems to have been one of them, something which this biographer manages to put across.
–Angelique Gibbons

In 1947, Donald Richie made an unthinkable move and settled in devastated, postwar Japan. Save for five years in New York, he has lived in Tokyo ever since, writing prolifically about Japanese culture and reveling in the outsider status that gives him the “best seat in the house” for observing Japan.

Arturo Silva has had the good sense to anthologize Richie’s perceptive cultural commentary, eminently readable fiction, masterful film criticism, and excerpts from 18 of his 30-some books, giving a satisfying taste of Richie across the genres and the years. Selections include charming portraits of celebrities and ordinary folks; eyewitness accounts of unusual religious festivals (such as one with children sleeping in holes on the beach); stories imparting Zen philosophy; and condemnations of Western tourists who bring an “assumption of superiority” in “their mental luggage.”

Whether he’s describing his travels through the undeveloped islands of the Inland Sea or commenting on the customs of Tokyo residents, Richie’s love of Japan shines through, as does his sadness at the steady, consumer-driven disintegration of its culture and serene landscape: “Already the change is upon us — already the innocence is fading, going, gone. It lingers here, in these islands that I have so recently visited, but only for a time. I’m fortunate to have seen it.”

Not content merely to lament this loss, Richie acts as an anthropologist, obsessively recording details of both the vanishing culture and the one replacing it. He documents everything from architectural tendencies to the pinball-like game pachinko, clothing trends, tattoos, and Japanese attitudes toward flatulence and public urination.

Richie proves a delightful companion, and this stuffed-to-the-gills collection will leave readers thirsting for yet more of his vast oeuvre.
–Eve Kushner

Ann Patchett achieves something remarkable in her novel Bel Canto. She writes about a hostage situation in South America, replete with terrorists and gun-toting teenage guards and the tedium of captivity, and imbues the entire siege with music and romance and a kind of unlikely grace.

The birthday party at the vice president’s house is in honor of Mr. Hosokawa, a major Japanese businessman in the same league as the diplomats and other powerful party guests. Mr. Hosokawa is a huge opera fan, so much so that renowned soprano Roxane Coss has come to South America specifically to sing at his party. The terrorists break through the air-conditioning vents early in the story, and the rest unfolds like a cross between a chess game and a waltz, characters discovering sides of themselves they never knew existed as they adapt to an utterly new set of rules.

It is established straight off that the terrorists in charge are “reasonable men,” so the ever-present rifles are not the main source of tension. But the man they are after, the impetus for the entire plan — the president — is not in attendance but at home watching a soap opera. Rather than admit their gaffe, they realize that maybe this opera singer, as well as the vice president and other dignitaries in attendance, are themselves commodities worth using as barter for the release of political prisoners related to their cause.

With the ensuring hostage arrangement, Patchett deftly shifts the reader’s perception of captivity. Each day, things in the house become a little more relaxed, food is delivered, a go-between from the outside arrives daily to negotiate, father/son relationships are formed between the young soldiers and certain of the men who teach them gardening and cooking. Two of the soldiers turn out to be girls, and while the majority of the captives are in love with the opera singer, liaisons form across the ranks.

Once music is brought in and Roxane is allowed to sing, life in the house takes on a rhythm and structure that many find more appealing than their lives on the outside. For some of the soldiers, who have never seen fluffy white towels or looked at television or heard opera, this proves a wonderful existence. Carmen, one of the girl soldiers being taught to read and write by Gen (the translator who speaks so many languages that he is the voice for both captors and prisoners), actually prays for things to remain as they are. “Would it be the worst thing in the world if nothing happened at all, if they all stayed together in this generous house?”

Roxane’s singing is the great equalizer, making many recall something they had forgotten on the outside: passion, simplicity, commonality. The reader, like the captives, wants this suspended state of heightened humanity to continue, and dreads the moment when the rescuers will burst through the doors to break the trance, delivering the hostages to their former lives — despite the impossibility of their ever really returning to the same lives they remember.
–Jill Koeningsdorf

On January 22, 1961, five days after Patrice Lumumba and two of his compatriots were assassinated, two Belgian agents exhumed the bodies, hacked them to pieces, and dissolved them in sulfuric acid; the bones were then ground up and scattered. There was to be not even a corpse for Congolese nationalist supporters to rally around. But lack of a body notwithstanding, forty years later this matter of the man who effectively served as the Belgian Congo’s first Prime Minister still won’t die: The Belgian parliament has created a Commission of Inquiry into the country’s responsibility for Lumumba’s death, in part in response to this book by Belgian sociologist Ludo De Witte.

Lumumba earned the wrath of Belgium and the “West” (the CIA plotted his demise; Alan Dulles called him “a Castro or worse”) for his refusal to accept the secession of the copper-producing province Katanga led by Moise Tshombe. De Witte tells us that American Nobel Peace Prize winner Ralph Bunche, then a special UN assistant for the Congo, described Tshombe as “a puppet maneuvered by the Belgians.”

Subsequently, Congo President Joseph Kasa Vubu dismissed Lumumba’s government — an action without constitutional authorization and rejected by the Congolese parliament — and Colonel Joseph Mobutu then dissolved parliament and imprisoned Lumumba, eventually handing him over to Katanga for the kill. None of this was stopped by the United Nations, whose troops had occupied the country at the request of Lumumba. Some may find that after reading this short, impassioned, intensely researched book (De Witte apparently consulted 8,000 UN telegrams), Dag Hammarskjöld, who lost his own life in a mysterious plane crash while trying to negotiate an end to the Congo conflict, no longer seems quite so heroic.
–Tom Gallagher

Admit it — you’ve been wondering what happened to Miriam Blaylock. There she was, deliriously decadent in The Hunger, lusting after Dr. Sarah Roberts, her persona elegant and strangely old-world. Exactly how old is old-world is revealed in Whitley Strieber’s follow-up, The Last Vampire.

In The Hunger, Miriam lived a rarefied existence, buoyed up by her fabulous riches and centuries-old wisdom, but weighted down by the spectacle of her decaying, undead exes, moldering in coffins up in the attic. Miriam, you see, has the unfortunate (perverse, claim her fellow vampires) habit of falling in love with humans and injecting them with her blood, which means they can be her consorts for a few hundred years but then, unable to die, must retire to their coffins to wait out eternity.

None of this has changed in The Last Vampire, but the ante is upped considerably. For one, humans have gotten awfully clever at hunting down the Keepers. Poor Miriam, who only wants a sperm donor, instead finds whole enclaves of her colleagues exterminated or driven into horrible half-lives in caves and sewers. Vampires have not adapted well to the technological revolution; they still believe they have the upper hand.

Miriam herself has adapted only too well: She operates the most exclusive nightclub in Manhattan, a racket that offers her and Sarah an occasional morsel as well as a healthy income. Sarah also day-trades when she isn’t researching how to bring the exes back to full life or at least to welcome death.

Part of the fun of reading a vampire novel is a long-range view of history, and Strieber delights with a gleeful ride through the ages. Included are revelations about the relationship between humans and the Keepers — why do you think they’re called Keepers? And there’s philosophizing about the existence of souls: Humans view life as a sort of carnival thrill ride, muses Miriam; they’re much more willing to take risks than the ultra-conservative Keepers, who, once dead, tend to stay that way. Strieber entertains with funny details such as how living for centuries tends to erode one’s fashion sense; the vampires keep blowing their covers with archaic language or clothes fifty years out of date.

The Last Vampire is too slick for its own good, and it leaves an unpleasant aftertaste from a silly conclusion. Still, there’s plenty to savor within, and some of the historical observations and sociopolitical analogies are downright wicked. You could do worse on a rainy winter’s night.
–Linnea Due