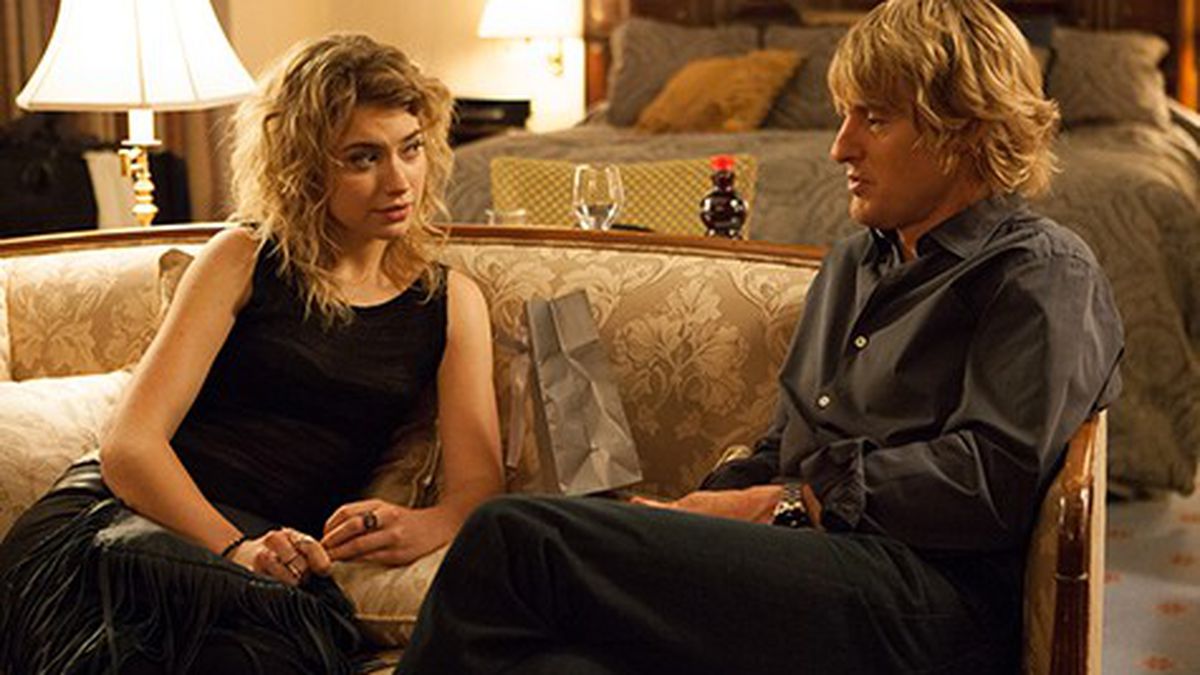 She’s Funny That Way Is a Disappointment

If we were to sit down and watch She’s Funny That Way completely cold, with no foreknowledge, we’d suppose it to be the new Woody Allen entertainment — a lightweight sex farce starring Owen Wilson (Midnight in Paris) as a horny director and Imogen Poots (Need for Speed) as his inadvertent protégée, a stereotypical prostitute with a heart of gold who yearns to become an actress. It has the same theme and tone as one of Allen’s older-man, younger-woman fantasies, with a top-heavy supporting cast including Kathryn Hahn, Rhys Ifans, Jennifer Aniston, Will Forte, Debi Mazar, and Austin Pendleton, all hamming fiercely.

Surprise, it’s the new Peter Bogdanovich film, the first narrative theatrical release in fourteen years by the maker of The Last Picture Show and Paper Moon. And true to film historian Bogdanovich’s guiding instincts as the man who knows more about Orson Welles and John Ford than anyone alive, this newish film (2014) is determinedly old-fashioned, also à la Allen, all the way back to the screwball era of 1930s Hollywood, only with Production Code prudishness replaced by frank talk about outcall escorts and cheating spouses.

In the screenplay fashioned by the director and his ex-wife Louise Stratten — younger sister of Bogdanovich’s murdered inamorata, but that’s another story — a successful movie director (Wilson) comes to New York to direct a stage play, and his hotel-room fling with a call girl (Poots, sporting an overdone Brooklyn accent) spirals into one of those things in which each character, no matter how minor, is inter-connected. The result would have been corny for Leo McCarey, let alone Howard Hawks, and it doesn’t matter that Bogdanovich lets the air out of his antique balloon by rigging a cameo for old-movie fan Quentin Tarantino. She’s Funny That Way is amusing piffle for audiences congenitally annoyed by such new-fangled comedies as, say, The Overnight. You’ve been warned.