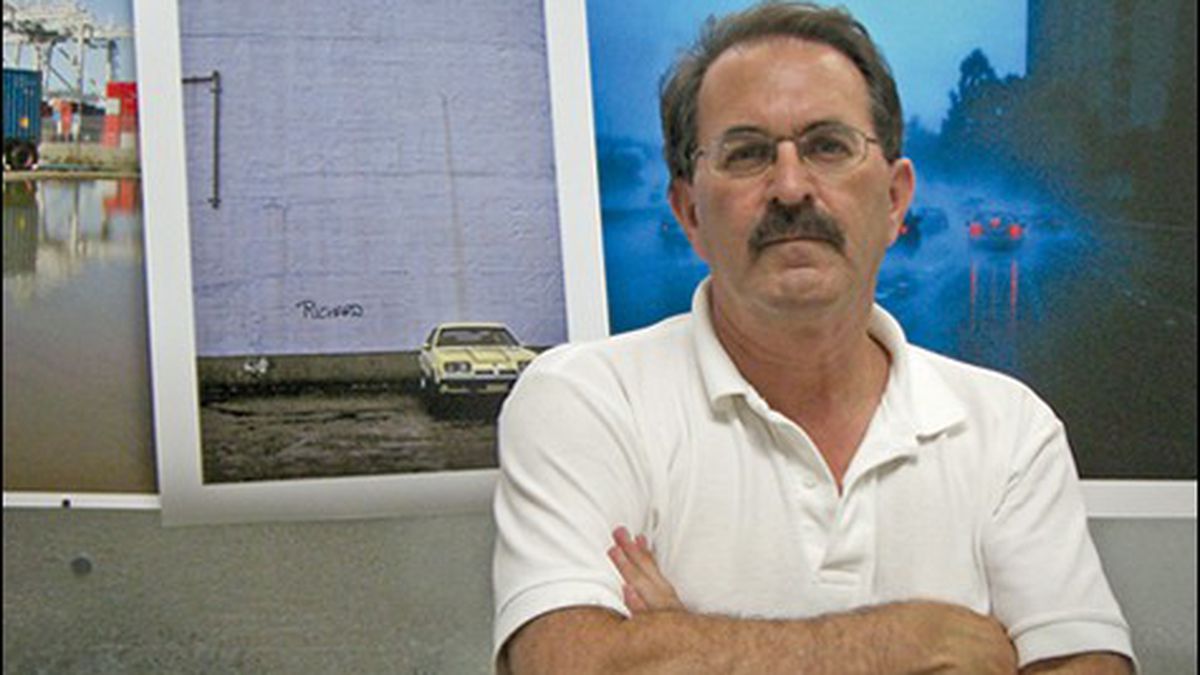 Searching for Words with Richard Nagler

Each photograph in his new book includes just one person and one word.

A little girl in Oakland stares indecisively into the lens. Stenciled onto a nearby storefront window are a flaming cross and one word: FAITH. In a Memphis funeral parlor, a white-suited man slumps sadly near a door. Over the door hangs a sign. It says EXIT.

East Bay photographer Richard Nagler spent more than 35 years seeking a very specific kind of image: Each could include only one person and one word. The people had to be strangers. The scenes could neither be posed nor planned, but had to “come together in a kind of accidental juxtaposition, a visually poetic relationship,” Nagler said. “Sometimes it can take weeks to materialize, and sometimes it happens in milliseconds.”

More than eighty of these pictures — most snapped locally but some snapped as far afield as Paris, Amsterdam, and Tel Aviv — comprise Nagler’s new book Word on the Street, whose launch party is in UC Berkeley’s Graduate School of Journalism Library (105 North Gate Hall) on Tuesday, November 30.

In some of these images, word and person are of a piece: a woman with DAD tattooed on her back, a skateboarding youth wearing an OBEY T-shirt. In other cases, Nagler saw the word first — as graffiti, a sign, or part of a sign — and then waited for the right person, but only one person, to enter the frame. “It’s very hard to isolate one person,” he said. “You can’t have crowds.

“Sometimes I had to go back to a place again and again, and wait for hours. I tried to be really inconspicuous. The pictures that I think turned out the best are the ones where no one ever saw me. I’m very quick, but I’m also very patient.”

A hefty ranch hand stands near a fence that says BEEF. A woman in a straw hat sits broodingly in a cemetery; over her shoulder appears one word on a headstone: MOTHER. A red-haired adolescent girl stands near a sign that says MORE and has an arrow pointing straight at her querulous face. The word in each picture does triple duty as its caption, text, and title.

“The words and the people amplify each other,” Nagler explained. “There’s an intersection of space-time whenever a person appears near a word.”

Word on the Street was released this month by Berkeley’s Heyday. Allen Ginsberg was planning to write its foreword, but passed away before he could do so; UC Berkeley art professor Peter Selz wrote it instead, comparing Nagler’s approach to those of Marcel Duchamp and Ed Ruscha.

During a Las Vegas vacation in 1989, Nagler happened upon a scene that he couldn’t have planned any better if he’d tried: iconic novelist Ken Kesey perched atop his famous hippie bus, which bears its name: FURTHER. In New York City on the night of Barack Obama’s inauguration, Nagler photographed a warmly clad woman gazing across a snowy courtyard at a metal sculpture forming the word HOPE. “I’m always driving around looking for words,” he said. 6 p.m., free (reservations recommended; email [email protected]). HeydayBooks.com

Fracking Insanity in a Drought

Men Looking for Women to Watch Them Get Off