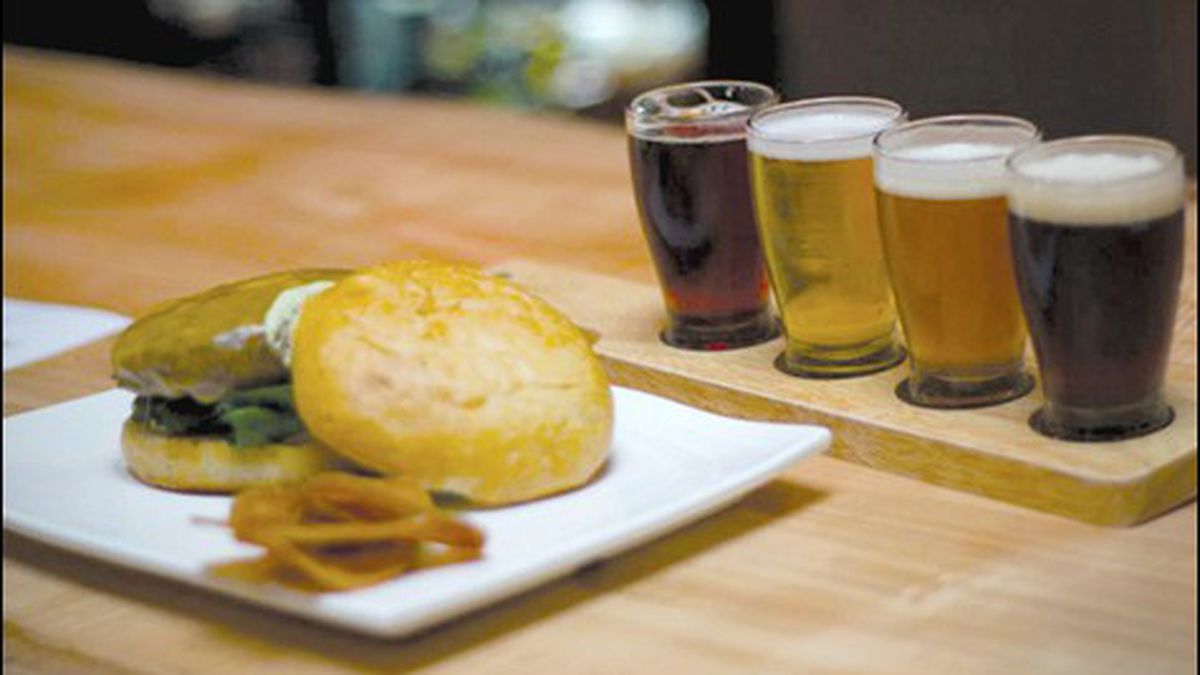 Despite initial concerns from local residents, the bar is remarkably devoid of hooliganism.

Every bar claims a long and arduous opening process — do enough of these reviews and you’ll be up to your eyeballs in long, sigh-ridden discussions of permitting and red tape and construction and liquor licenses and we’re a little behind schedule, yeah, the remodel’s taking longer than we thought. But Albany Taproom’s origin story is notable for both its arduousness and its existential gravity.

Nearly as soon as plans for the space — a formerly vacant little building on San Pablo and Washington avenues, about a block north of Solano — were announced, residents, many from a nearby condo, raised concerns over trash, noise, parking, smoking, and safety. Petitions were filed, according to the local media, notably Albany Patch, and fists, I imagine, shaken over the Taproom’s right to exist, or not. A proposal to force the place to close at 10 p.m. every night was floated and then rejected, presumably on the grounds that it’s crazy to expect a bar to close at 10 on weekends. A proposal to not allow any new bars or restaurants in the town was also floated and also rejected, presumably also because it was crazy. The permit was approved, and then appealed, and then upheld.

Eventually, mercifully, after about two years start to finish, Albany Taproom opened a month ago this week, under the conditions that it would close no later than 11 on Fridays and Saturdays, and that it would be up for a final review after six months.

And: For a hotbed of controversy, Albany Taproom houses a truly remarkable quantity of a) babies and b) earth tones. The bar is made of a nice, heavy blond wood; the chairs are made of a magically unscratchy thatched-type material. There are faux-vintage French posters on the walls and, as of last Thursday at around 7, no sign of irresponsible trash disposal or excessive noise, or, really, any hooliganism of the kind that could raise local hackles at all. The light fixtures look very expensive. On Thursday, it was reasonably lively but not too slammed to get a seat at the bar or the attention of a bartender, all of whom were friendly, black-shirted, and seemingly knowledgeable.

Albany Taproom’s thing is craft beer — according to bar manager Robert Hendrickson, much of the impetus for opening the place to begin with was that “there was nothing really dedicated to beer specifically” within city limits — and it does said thing well. “We’re trying to represent what beer is today, and represent the wider world of beer,” Hendrickson said. “We’re really trying to go more for breadth than depth.”

The bar’s 32 taps rotate semi-regularly and feature a solid mix of styles, with the requisite emphasis on all that’s local, small, and hard to find, plus about a hundred more in be-coolered bottles; all together, the effect is something like a much family-friendlier Beer Revolution, or an Elevation 66 with a larger selection. Last week, a four-IPA flight netted three very good beers and one pretty good one: respectable. “We want it to be a place that has a selection that’s varied enough and well-selected enough to appeal to people who really know their beer, but also people who don’t really know beer or don’t think they like beer.” (As a concession to that final, foolish group, there are a few wines and a cider available, as well as food, both a smallish menu of Mediterranean tapas-y things, plus a selection of more substantial fare from adjacent Grazzy Burger, which is owned by the same people and connected via a doorway.)

And from the looks of it on Thursday, Albany Taproom is attracting a fine mix of people: bearded beer obsessives chatting about hops and malt in a corner; older couples; the requisite Dude on Laptop, a pair of twentysomething women doing the post-work catch-up over fried chickpeas and Linden Street Common Lagers; a birthday party; the aforementioned babies. The good people of Albany appear to be coming around.