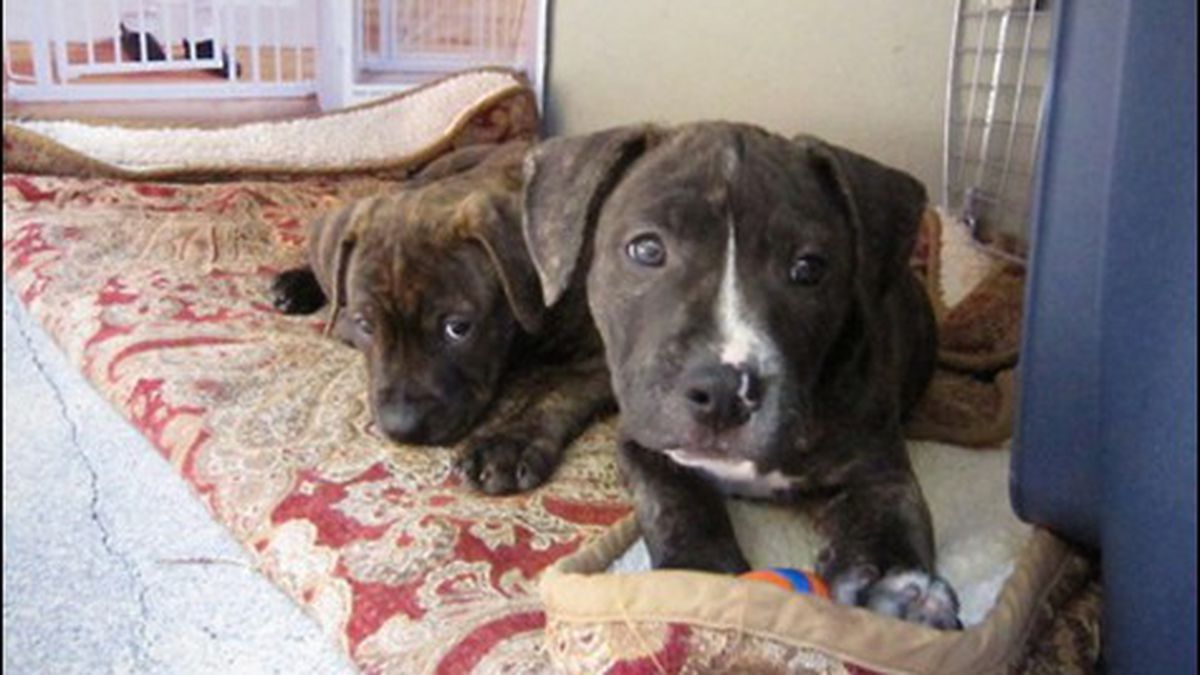 Saved by the SPCA

Oakland's annual Adoptathon could find homes for more than 100 animals.

On an afternoon in late March, Linda Wong’s husband settled into a chair in the family’s living room to watch a basketball game. Curled up on his lap was a skinny three- or four-year-old pit bull named Hana — a stray that the couple’s son and daughter-in-law had found darting through Oakland traffic just two days before. No sooner had he gotten situated in his seat than a squealing sound met his ears. He looked down to find a tiny creature on his lap — so small that at first he thought it might be a mouse.

“It took him a minute before he realized it was a puppy,” said Wong. When the confusion cleared, he urgently called for his wife, who ran to the computer to Google their next move. But by then, Wong said, another puppy had popped out, followed by another, “and then another.” Within an hour, one stray dog had turned into five.

When the family took Hana in, she was so skinny that no one realized she was pregnant. Suddenly she was nursing four puppies — and the Wongs, who already had two dogs of their own, found themselves with a house full of canines. But seven dogs were far too many to keep. Not wanting to risk the pooches getting prematurely separated from their mother by dropping them off at a shelter, Wong contacted Oakland’s Hopalong & Second Chance Animal Rescue, hoping to find a family to foster the dogs until they were ready for adoption.

But the dog and cat rescue organization, which doesn’t have actual facilities to house its animals and instead relies on volunteers to foster pets until they find homes, didn’t have a space available. So the Wongs took on the task. “I always thought I couldn’t do fostering,” Wong said, “because I get very attached to animals. But this sort of landed in my lap” — or rather, her husband’s lap.

Since making their arrangement with Hopalong, one puppy has been adopted, but caring for the remaining three in addition to three adult dogs remains a challenge, Wong said. True to her suspicions, Wong and her family have grown attached to Hana and are leaning toward keeping her. But a July 17 adoption event could help the puppies, now three-and-a-half months old, to find permanent homes. The East Bay SPCA’s fourth-annual Adoptathon (Broadway and Water St., Oakland) will showcase more than one hundred adoptable animals from more than twenty Northern California shelters and rescue organizations, Hopalong included. Assuming they aren’t adopted beforehand, Hana’s puppies — Clipper, Clay, and Judah — will be there, too.

Andy Sharkey, deputy director of Hopalong, said that pit bulls often take the longest to find homes. Yet “people who are adopting an animal are literally saving that animal’s life,” she said. Aside from cats and dogs, the event features rats, rabbits, reptiles, and birds, along with $20 micro-chipping, demonstrations by the Oakland Police Department’s K-9 Unit, animal-themed kids’ activities, and more. 10 a.m.–3 p.m. 510-569-0702 or EastBaySPCA.org