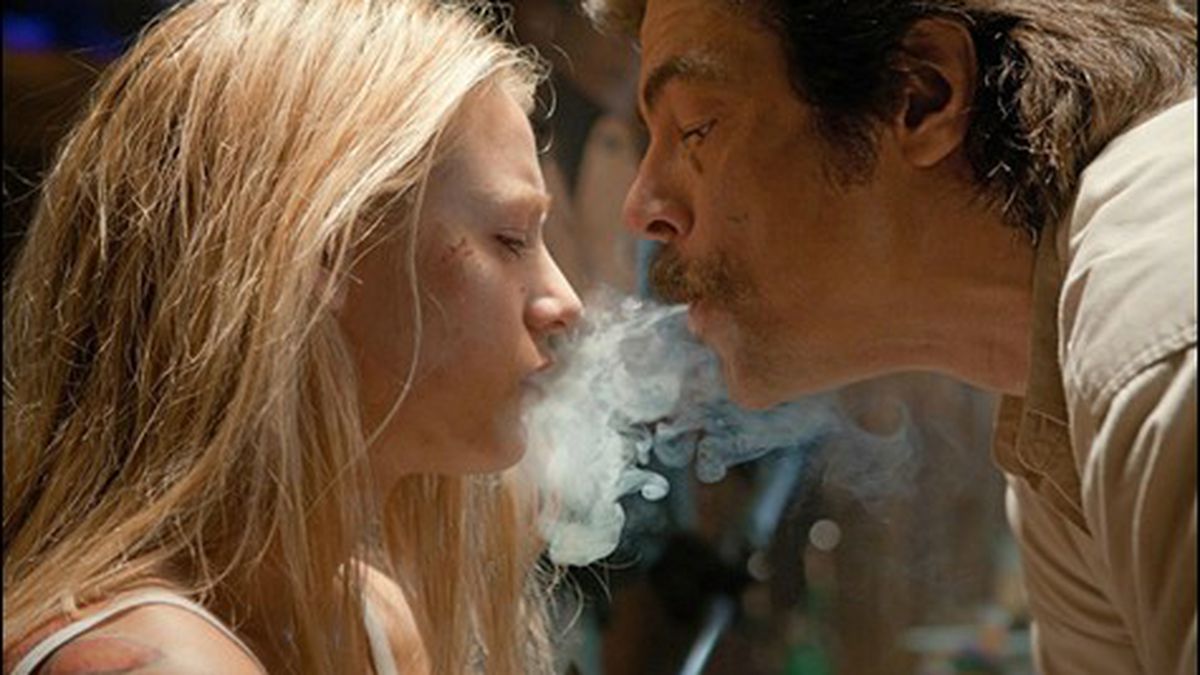 Oliver Stone has always had a facility with pulp. Before he tapped into the boomer subconscious with his Vietnam trilogy and the Lives of the Presidents series, Stone the screenwriter specialized in such rich, lurid material as Midnight Express, Conan the Barbarian, Scarface, and Year of the Dragon. Now, in the wake of the failed comeback of Gordon Gekko in Wall Street: Money Never Sleeps, Stone is obviously ready to once again get his hands dirty in the cotton fields of genre. Crime novelist Don Winslow’s tale of cool Southern California hubris up against red-hot border-Mex nastiness fits the bill well.

Ben and Chon are dope growers with a difference. Although the screenplay — written by Stone, novelist Winslow, and screenwriter/exec producer Shane Salerno (TV’s Hawaii Five-O) — tries hard to emphasize that Ben (Aaron Johnson) is a gentle eco-hippie entrepreneur as opposed to his partner Chon (Taylor Kitsch), a hard-assed ex-GI just back from Iraq and Afghanistan, we can’t help notice that they’re, uh, chummier with each other than they are with their shared squeeze, O (short for Ophelia, played by Blake Lively), the blond rich girl who shares a Laguna Beach beach-bluff bachelor pad with the boys and narrates the action. Ben’s long, thin nose looks to be easily broken. Their Afghan strain of weed fetches $6,000 per pound. That’s a bad combination in the age of aggressive Mexican narcotrafficantes.

Local gardening contractor and crime boss Lado (Benicio Del Toro at his nose-picking surliest) has eyes for Ben and Chon’s operation. He covets their customer list and horticultural expertise, not to mention the blond beach bunny. When they’re not busy pruning shrubs and human heads, Lado and his lethal yard men handle California business matters for Baja drug cartel chief Elena Sanchez (Salma Hayek, hyperventilating), although Lado also confers with Mexican mobster El Azul (Joaquín Cosio), Elena’s main rival, on the side. At Elena’s behest, Lado approaches Ben and Chon in an attempt to form a partnership deal, whereupon the whole movie descends into the In-Sink-Erator. All these machinations are closely observed by rogue DEA agent Dennis (John Travolta, sleazier than usual), so we can rest easy — our tax dollars are at work.

Savages has some of the dumbest dialogue since the invention of sinsemilla, but we shouldn’t let that deter us from wallowing in the general carnality. Stone, elder statesman of Hollywood’s liberal muckrakers, evidently has something inside him that won’t let him lower himself to the level of Machete. Nevertheless, this down-and-dirty actioner is his most lurid outing since Natural Born Killers, dripping with prurient style.

There’s a generation gap in the performances. Lively, Johnson, and Kitsch tend to dampen down their readings and let their physiognomies do the talking, while veterans Del Toro, Travolta, and especially Hayek — the female Tony Montana in her Cleopatra wig, a role with plenty of butter fat — joyously trample everything under foot. Elena and O’s dinner scene is incisive, as is Lado’s head-butting meeting with Dennis. Everything else is either gladiatorial combat or coitus nastius. Apparently, Uma Thurman’s part as O’s mother was totally cut out of the movie; and Emile Hirsch’s Spin, the money launderer, had his screen time drastically trimmed. That’s a shame. Savages is already a tad over two hours long, and a couple of hams more or less could only add to the grisly merriment.

It’s never too late for a punch-drunk stylist like Stone to get back to the rich, broad-canvas genre funk that got him where he is today. With that in mind, Savages — aka “Cheech and Chong Meet NAFTA” — is a piece of lip-smacking, dressed-up summer trash from an expert recycler.

End of the Line for the MySpace Car Chase Case

Berkeley Was Special From the Get Go