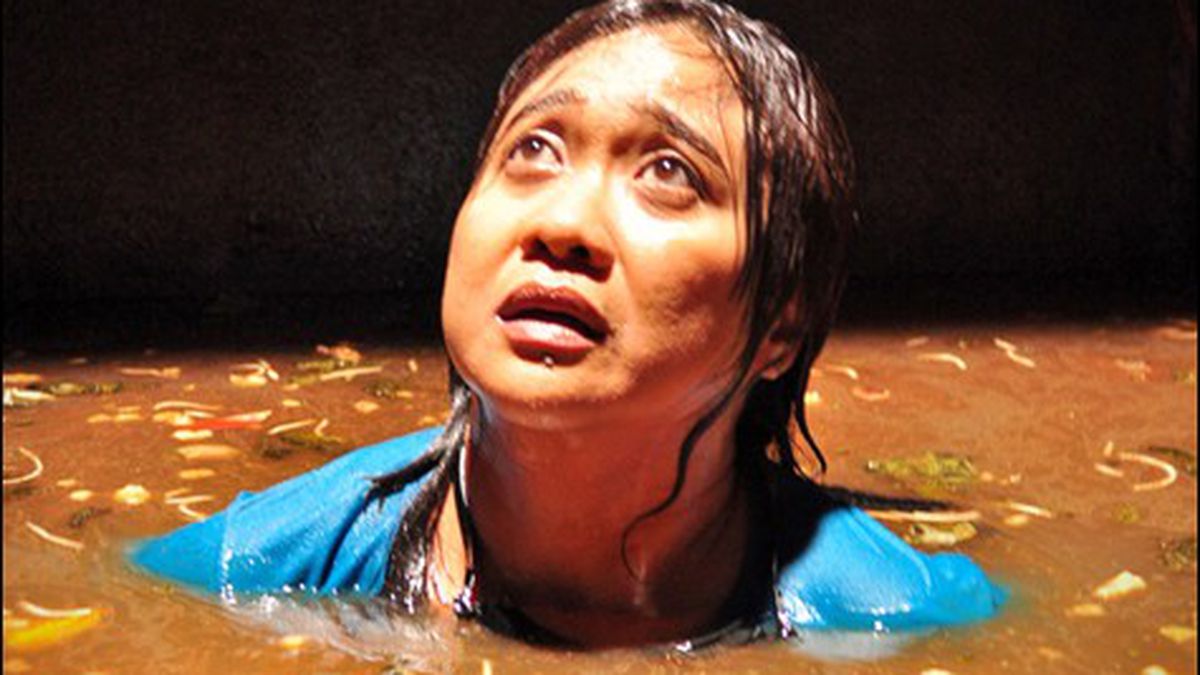 It's the Year of the Filipino.

Like any other film festival dealing with new releases, the San Francisco International Asian American Film Festival is a bit of a grab bag. Some years are better than others in the festivalizing business, depending on the crop. When it’s a slack year for new movies a festival can be a terrific bore. Add to this the Asian-American fest’s built-in dilemma — between movies from Asia and the “made-in-USA” ones by Asian-American filmmakers — and it’s no wonder that we never can quite predict what kind of time we’re going to have when this event rolls around.

Confidentially, this year’s festival had a slightly bleak feel to it before we clapped eyes on Eduardo W. Roy Jr.’s Baby Factory, a wry docudrama about everyday events at a Manila maternity hospital. Then we knew we’d hit pay dirt. Suddenly it’s the Year of the Filipino.

Shot on location at Dr. Jose Fabella Hospital in Santa Cruz, Metro Manila, the frankly titled Baby Factory is fully scripted, but comes so close to documentary we have to keep reminding ourselves that Sarah, the central character, is played by an actress, Diana Zubiri. We follow Nurse Sarah on her rounds through the dingy, crowded, noisy public hospital, processing a constant flow of fecund female humanity — with the non-actresses easily outshining the professionals in the personality department.

We could say it’s writer-director Roy’s commentary on the Philippines’ outdated Roman Catholic attitude toward birth control — one woman has just given birth to her thirteenth, and there’s a section of thirteen-year-old mothers — but it functions just as well as a tribute to the endless adaptability of poor people everywhere. Either way, the baby factory is tragic and comic at the same time, a place where abandoned newborns, adoption rackets, and a child born without a butthole coexist with the soap opera turns of Nurse Sarah’s life, and everyone celebrates Christmas. Baby Factory plays March 9 at the San Francisco Film Society Cinema and March 12 at the Sundance Kabuki, both in SF.

Michael Collins’ documentary Give Up Tomorrow offers a similarly frank view of another side of life in the Philippines, that of a criminal case that turns into a media firestorm. In 1997 in Cebu City in the Visayas Islands, a pair of teenage sisters went out one night. One of the girls was found raped, mutilated, and murdered; the other remained missing. Public outrage put pressure on the local police, and when a group of young men was arrested for the crime, one of them turned out to be Paco Larrañaga, the half-Spanish son of a family with connections to the richest segment of Philippine society.

In a country like the Philippines, where members of the slender-slice ownership class are typically separated from each other by two or three degrees at the most, the presence of young Paco, a middle-class mestizo whose father came from Barcelona (and still speaks Spanish at home), amongst his poor fellow defendants rekindled long-standing colonial class resentments in the newspapers and on TV. Matters were further enflamed when the family of the victims was revealed to have connections to a drug-dealing cartel, as well as to then-president Joseph “Erap” Estrada, subsequently driven from office on corruption charges. As if the case weren’t contentious enough, at the time of the murder Paco was a student at a culinary school in Manila, and numerous witnesses swore that he was partying with them in Manila on the night the crime occurred in Cebu, 350 miles away on another island in the archipelago.

Filmmaker Collins has a compelling news story here — murder, gang rape, potential police malfeasance (the cops mishandled evidence), class antagonism, blaring headlines, and the impact of the official involvement of the Spanish government in Paco’s case. Never mind that Collins admits, in a disclaimer, that he is a part of Paco Larrañaga’s extended family. Or that after his conviction and numerous appeals, Paco is still in prison, in Spain. The aptly titled Give Up Tomorrow screens Saturday, March 17, at the Pacific Film Archive in Berkeley.

From the hard-edged reality of Baby Factory and Give Up Tomorrow the Filipino parade takes a turn into fantasy, of the sharply allegorical kind, with Fable of the Fish. Lina (Cherry Pie Picache) and her husband Miguel (character stalwart Bembol Roco) come to Manila from the provinces, and can afford only a shack at one of that city’s “smoky mountain” garbage dumps, where residents pick through stinking hills of refuse looking for something salvageable. Middle-aged, childless Lina still longs for a bata (child), although Miguel has long since given up hope and spends his evenings slurping rotgut Ginebra San Miguel with the drunks on the corner. Then, in the middle of a typhoon, as their hovel goes knee-deep in filthy water, Lina miraculously gives birth. To a fish. Precisely, a bangus, or milkfish, whom she promptly names Miguelito. And her life is redeemed.

So goes director Adolfo Borinaga Alix Jr.’s mystifying, wonderful, fishy fable (written by Jerry B. Gracio), related matter-of-factly with a trace of biblical flavor, as the new mother tries to provide for her scaly son despite a host of obvious difficulties, amid sweeping string music and enough irony to carpet the Pasig River. This film has to be seen to be believed. You can do so at the PFA on Friday, March 9, at 7 p.m.

Strong and elemental as the previous three films are, they’re only preambles for Marlon N. Rivera’s The Woman in the Septic Tank (Ang babae sa septic tank), a movie-movie that satirizes, well, everything in the country, starting with people-of-the-slums movies like Fable of the Fish. In fact, it would be best to hold off seeing this one until after you’ve caught the above three films — it’ll ruin them instantly, beyond repair.

One the most striking characteristics of Filipino culture is the fondness for making fun of others, and also themselves, with quick wordplay and a rapier-like satirical style that amounts to a national passion. No one is safe, not even the entertainers themselves. Thus, when budding filmmakers Rainer (Kean Cipriano) and Bingbong (J.M. de Guzman) are spitballing screenplay ideas for a film about an impoverished woman who sells one of her children, the plot details appear onscreen as they imagine them, and they’re riotously funny, reflecting on Filipino society from the point of view of young hotshot film-festival wannabes cynically calculating what international audiences want to see. The irony meter explodes.

Yes, that’s the same Cherry Pie Picache from Fable of the Fish, running through Rainer and Bingbong’s high-concept imaginations as poor mom Mila. She doesn’t get chosen, though — the part goes to actress Eugene Domingo. For a moment, they picture Walang Wala (the film’s Tagalog title, which translates as No Nothing) as one of those awful musicals that get made in the Phils. And the filmmakers, essentially rich kids who want to flounce around festivals in Milan and Toronto, get taught a lesson in location security when they investigate a photogenic shantytown. Absolutely hilarious and absolutely deadly. You’ll have to go to SF’s Castro Theatre to see The Woman in the Septic Tank, March 11.

But of course there are worthwhile films from other places in this year’s Asian American. One of the best bets in the fest is The Catch (Gibier d’élevage) from Cambodian director Rithy Panh, who did S21: Khmer Rouge Killing Machine. Panh and his largely non-pro cast revisit the Pol Pot years in the story of a black American jet pilot, shot down and captured by a cadre of juvenile Khmer Rouge fighters, who put him in a cage in their remote village. The captive American, aka “Uncle Enemy” or “OK” (played by actor Cyril Guei), is dazed and confused. Not so his keeper, Pang (Jhem Chuop), a pre-teen outcast anxious to prove his worth to Angka, the KR organization. The Catch, adapted from a Kenzaburo Oe short story previously filmed by Nagisa Oshima, shows March 14 at the PFA.

There are other notable movies screening at the PFA. 11 Flowers, a sensitive Chinese coming-of-ager by director Wang Xiaoshuai, evokes both Stand By Me and Amarcord in the misadventures of a provincial eleven-year-old boy during the Cultural Revolution of the 1960s. It plays the PFA on March 16. The Tsunami and the Cherry Blossom, a documentary by English director Lucy Walker, looks at Japan’s horrendous 2011 disaster through a gently philosophical lens, as you can see March 16 at the Archive.

And then there’s I Am a Ghost, in all respects a remarkable “horror” film from H.P. Mendoza, maker of Colma (this Saturday, March 10, 6:10 p.m. at the PFA). The departed soul of a young woman (Anna Ishida) paces the halls of a Victorian house, seemingly searching for a way out. Short, perfunctory, hypnotic, looped scenes, dripping with atmosphere. Mendoza, hero of the 2006 SFIAAFF, is back. And so is the Asian American Film Festival. What a difference a few unforgettable movies can make. For up-to-date info, visit: CAAMedia.org or BAMPFA.berkeley.edu

The Adventures of Tintin