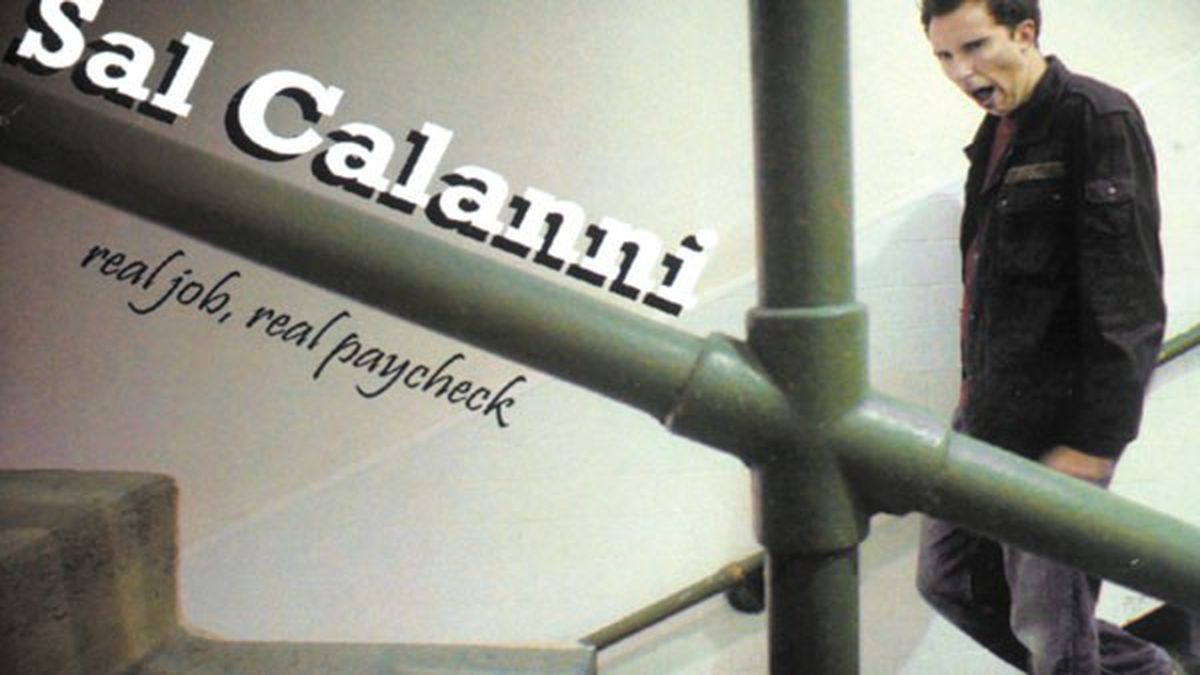 Perhaps the easiest form of bigotry — especially for a yukster from enlightened San Francisco — is poking fun at working-class white people. Hence the proliferation of jokes about audiences in Fresno or Modesto, or any place where you can pretend Calfornia is a Red State. Sal Calanni specializes in such humor. “If you got rid of San Francisco and Los Angeles, you would have to rename this state ‘Calibama,'” Calanni grouses in the opening bit of his new live CD, Real Job, Real Paycheck. Recorded last year at the San Francisco Comedy Clubhouse, it’s an album for people who enjoy listening to a young codger bitch about the world. Calanni fits that role to a T. He’s cranky, gravelly voiced, and brittle-boned, prone to throw out his shoulder while playing tennis on a Nintendo Wii (as he confesses in “Getting Old”). He’s a crotchety old man trapped in the body of a dashing young man. That persona is funny enough to carry a set based entirely on Calanni’s complaints about the world.

And he has a lot of them: about cyclists who don’t stop at stop signs; about the woman from Modesto who accused him of being metrosexual; about being lactose intolerant; about hand jobs; about ordering at Café Gratitude; about his girlfriend’s daughter talking to her poopies; about the girl with facial paralysis who sat through his whole set and wouldn’t crack a smile. A lot of his jokes are pretty mean-spirited, and he likes to reverse-heckle. “I did a show last night, and the whole crowd came in costume,” Calanni says at the end of a bit called “Hippies.” “They came dressed as a shitty audience.” He claims to get picked on a lot, and enjoys striking back — albeit at the easier targets. Cyclists, rednecks, and Café Gratitude have long been favorite whipping boys on the San Francisco comedy circuit, and Calanni doesn’t have anything new to say about them. He has the reverse problem of most fledgling comedians: terrific persona, quirky punchlines, not-so-great setups. Calanni’s material about his conservative family is hilarious, as are his observations about the coital habits of swans.His anti-hippie rants are a little stale. But keep an eye out for him. He’s got plenty of ammo. (self-released)

Best Chinese Fish MarketSeafood that’s not for the squeamish