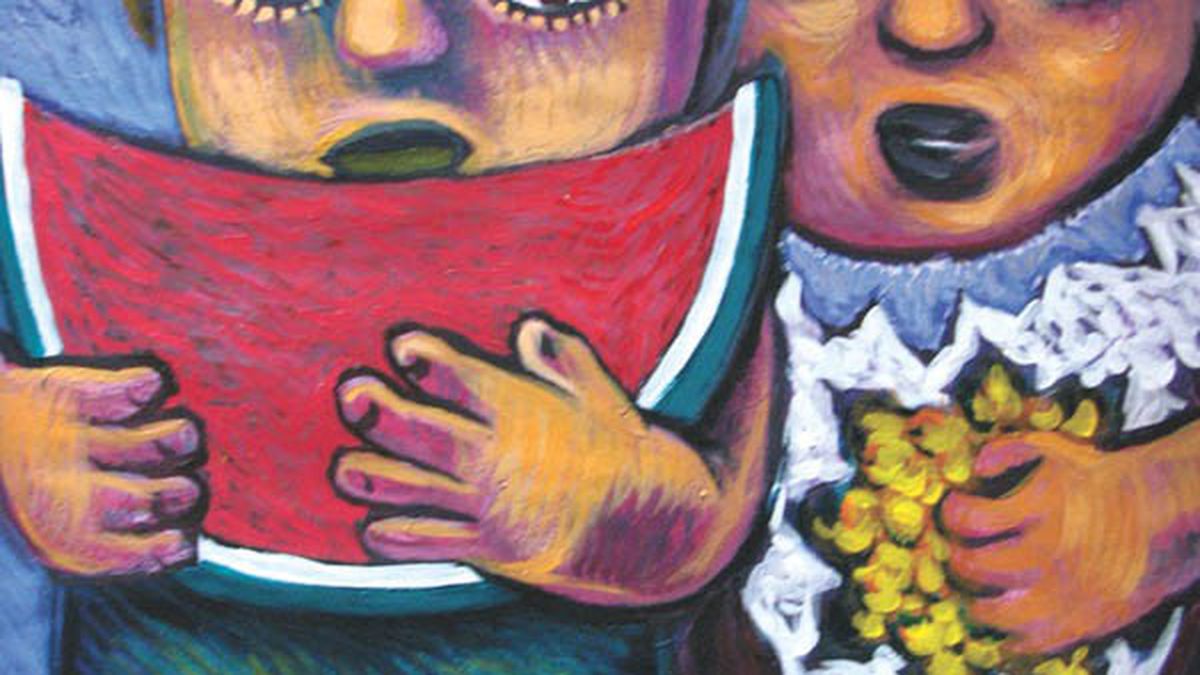 Roots of His Heart

Contemporary art lovers, like Diaghilev, expect to be astonished. A century after the impresario’s challenge, radical innovation is enshrined as cultural orthodoxy, but it’s unfortunately accompanied by a shadow side: aesthetic obsolescence. The results are confusing, to say the least. We embrace the experimental, but reflexively dismiss the traditional, however deeply felt or well executed. We venerate the canonical masters, but see their styles, and, to a certain extent, the emotion they communicated, as passé. Such schizophrenia is part of modernism, though. Cézanne wrote sagely, “It’s grotesque to imagine that one grows like a mushroom when one has all the generations behind him. Why not profit from all this work? Why overlook this amazing contribution?” before methodically entombing perspective like Poe’s Montresor immuring the unhappy Fortunato after a thousand injuries.

Some artists, however, amaze us with other contributions. Political artists and community activists eschew formalist experimentalism, employing a stylized realism to reach a wide public. Daniel Camacho writes: “I have worked with artists from many parts of the world to create images that unite people from different backgrounds. I have spent many years capturing people’s experiences on large canvases (‘mobile murals’), creating images that symbolize the struggles, the challenges, the accomplishments, and the joys of ordinary people.” Several of his trademark banners (“Panorama,” “Multicultural Place,” Zapatista,” and “Immigrant”), some replete with minor scuffing from their use in political demonstrations, are on display at his current show at NoneSuch Space, as are his “Looking for Hope” antiviolence banners. Deploying juxtaposed motifs from Mexican folklore, they demonstrate that political art can transcend sloganeering and attain the visual power and richness we ascribe to museum art.

Premiering here are Camacho’s poetic paintings of the past eight years. Done in a vibrant, simplified style derived from Mexican folk art as refracted through Tamayo, Rivera, Botero, and perhaps Picasso and Léger, and full of feeling and humor, they depict the mythic lives of the Mexican people. In “Whispering” and “The Fruit Is Mine,” couples stand for a formal portrait, with the male wearing tiny horns and a diablito costume, and clinging to his sliced watermelon, a metaphoric grin. In “Flower Vendor,” a peasant does her daily work, decorated and crowned by the glorious blossoms. An armed “Campesina” becomes a Virgin of the harvest — sacred and radicalized. Through June 21 at NoneSuch Space (2865 Broadway, Oakland). Paragon-Media.org/nonesuchspace or 510-625-1613.