.Romance of the Two Kingdoms at Traywick Contemporary 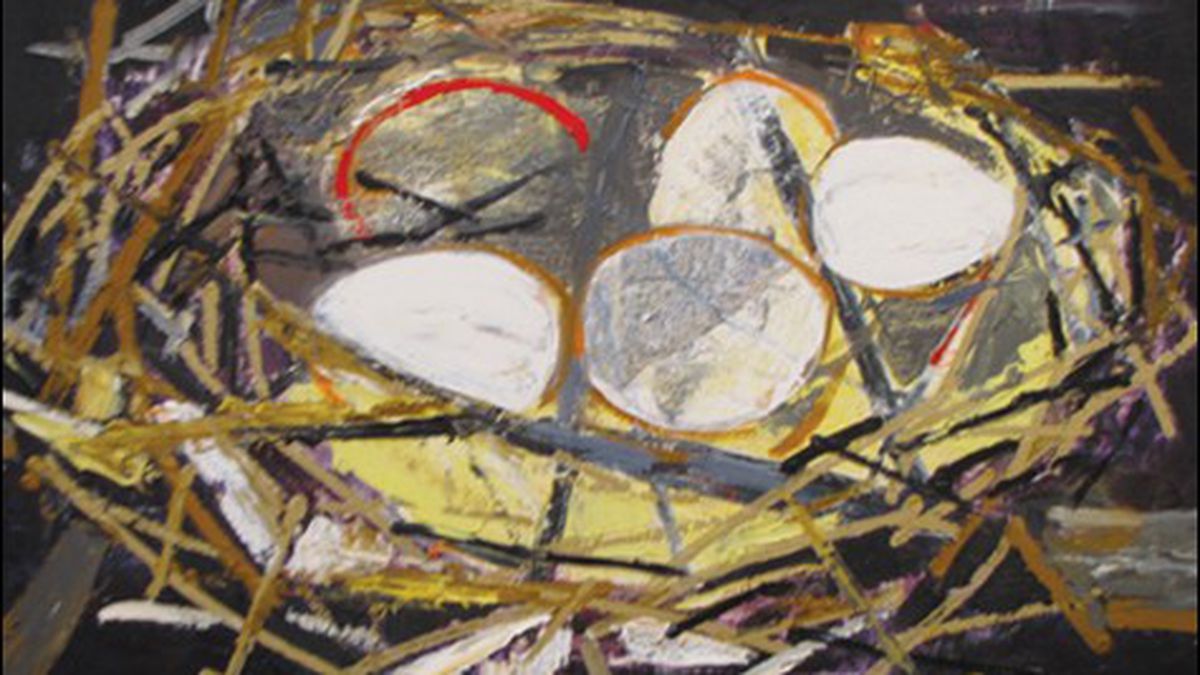 The Abstract Expressionist William Baziotes described his peers as “living in kingdoms of their own making.” He meant it figuratively, but perhaps we all hanker for a realm of our own. Denis Dutton explains in The Art Instinct that across 80,000 generations of Pleistocene savanna life, mankind developed preferences for artifacts that allow us to “enter and participate in imagined worlds” that are universal and not culturally determined. You may remember Komar and Melamid’s paintings of motifs listed by man-on-street focus groups, “44% blue landscape,” peaceable kingdoms with Washington and wild fauna strolling at water’s edge. Critic/philosopher Arthur Danto postulates that they depict the primal hominid paradise encoded in our genes. Perhaps so: Even arch primate art theorists prefer scenic, semi-open (predator-unfriendly), well-watered camping spots.

Fantasies of cozy Kinkade gated communities aside, however, the idea of art as imaginary preserve makes sense. Portia Hein and Rachel Davis, here showing together, might concur. Hein is showing six oils and three mixed-media works on paper dealing with Romantic/mythic motifs from nature — forest landscapes, trees, moons, birds. Titles like  “Moonrise,” “Pastel Forest,” and “Tree of Life” hint at her aspirations, while titles like “Starry Night” and “Sun Flower” testify, nervily, to one artistic ancestor. Perfervid exaltation is not her style, however; Hein’s iconic evocations of nature are mediated by abstraction, memory, and painting process. Instead, Franz Marc (is the show’s title, Red, Yellow and Blue, an allusion to the color symbolism of Blue Rider artists?), Georgia O’Keefe, Marsden Hartley, Gordon Onslow Ford, and Lee Mullican come to mind. Hein’s lighter side emerges in her mixed-media works depicting totem-animal birds, and in playful titles (e.g., “Little Birdie,” “…Lovebirds”). Davis’ Forbidden City paintings are more graphic in sensibility, though no less fanciful in mood. The adoptive mother of two Chinese orphans, Davis focuses here on the thousand-building Ming Dynasty center of imperial power, a soul-crushingly heavy pile in reality (at least before the Olympic makeover) that Davis adorns with fantastic foliage and clouds and thus renders weightless and lyrical. In “Middle Kingdom, Part One” (meaning China, of course), the entrance gate bedecked with Mao’s portrait is supported by a vast crowd of floral trefoils and X-inscribed disks; do they symbolize for the people the eternal foundation for the state, or decorated renewable doormats? In “Middle Kingdom, Part Three,” the human plants seem to protect the ceremonial buildings from encroaching clouds — but the sociopolitical symbolism, if it is even there, remains ambiguous, as it does in “Promise of a New Day,” “Longevity,” “In the Balance,” and “Tradition #2.” Through December 18 at Traywick Contemporary (895 Colusa Ave., Berkeley). 510-527-1214 or Traywick.com

Next ArticleWednesday Must Read: Ballpark Proposal for A’s Gets Aired Tonight; Kamala Harris to Focus on Environment