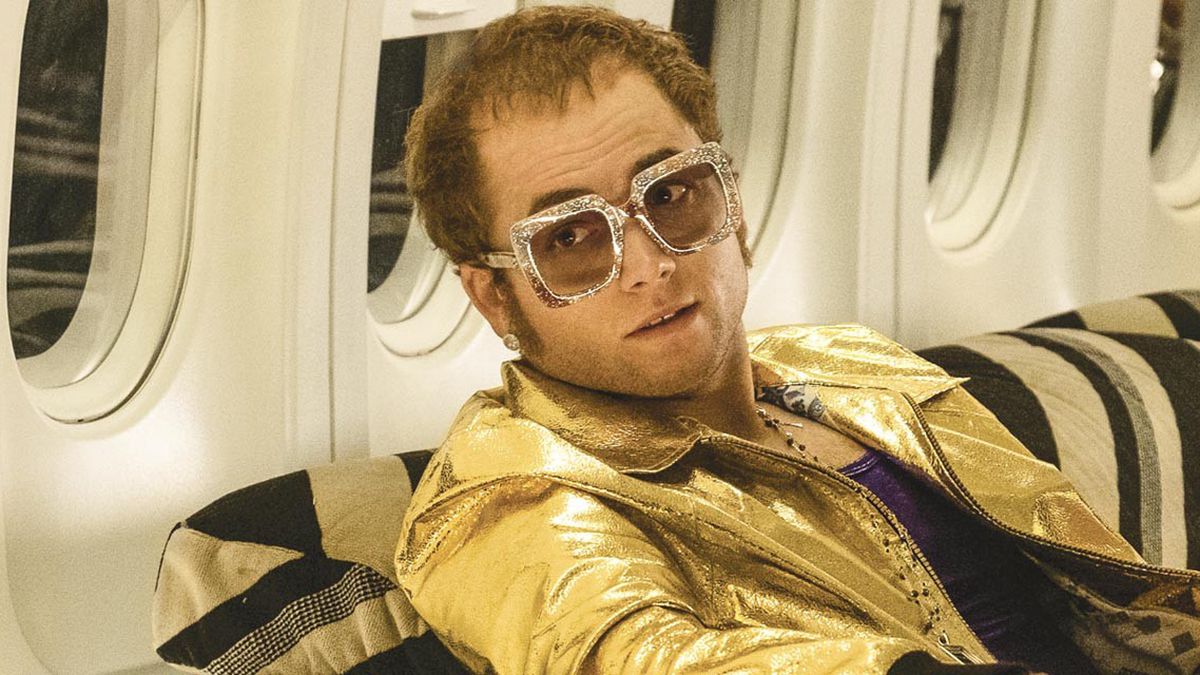 Nostalgic Elton John bio is an enjoyable bit of myth-making.

Good news for fans of glitter, feather boas, platform shoes, and “Bennie and the Jets.” Rocketman is everything an Elton John enthusiast could ask for — a rollicking, sentimental, open-armed, music-filled tribute to the mega-popular singer-songwriter-cause célèbre, drenched in showbiz character detail and fortified with appealing performances by Taron Egerton as John, and Jamie Bell as his writing partner, Bernie Taupin. Anyone conversant with the era should have serious fun with filmmaker Dexter Fletcher’s worshipful fictionalization of John’s early career. For all others: You pays your dime and you takes your chances.

In essence, John (aka Reg Dwight, from Pinner in northwest metro London) felt unloved as a child and spent half his life trying to compensate by composing and performing a brilliant catalog of melodies. It’s the same story we’ve seen in countless pop-music biopics, here wisely broken up by a lengthy parade of hit-tune production numbers, each more outrageous than the last. If we can’t weep with lonely Elton, we can at least wiggle in our theater seats to knockout renditions of “Saturday Night’s Alright for Fighting,” “Tiny Dancer,” “Goodbye Yellow Brick Road,” etc.

Actor Egerton (Billionaire Boys Club) does his own singing. He can’t quite hit the real Elton’s high notes, but his facial expressions say it all as young Reg struggles up the ladder past his disapproving mum (Bryce Dallas Howard), chilly dad (Steven Mackintosh), cigar-chomping manager (Stephen Graham), manager-lover-combo (Richard Madden), and anyone else who would doubt a mincing, bespectacled, closeted-gay piano prodigy with the uncanny ability to find a universal emotional chord in his compositions.

When we stop to analyze it, it’s inescapable that half the appeal of the songs lies in Taupin’s poignant lyrics — naturally, because the other half of the team is presented, in Lee Hall’s screenplay, as the true love of John’s life (unrequited, because the hetero Taupin never goes all the way with his compadre). Egerton and Bell do not overplay it, but John’s lifelong heartbreak is there for all to see.

Innocent question: Based on the movie’s use of “Pinball Wizard” (from the movie Tommy), when are we going to see the Pete Townshend story? In the meantime, Rocketman is a genuinely enjoyable bit of nostalgic myth-making.&#8;