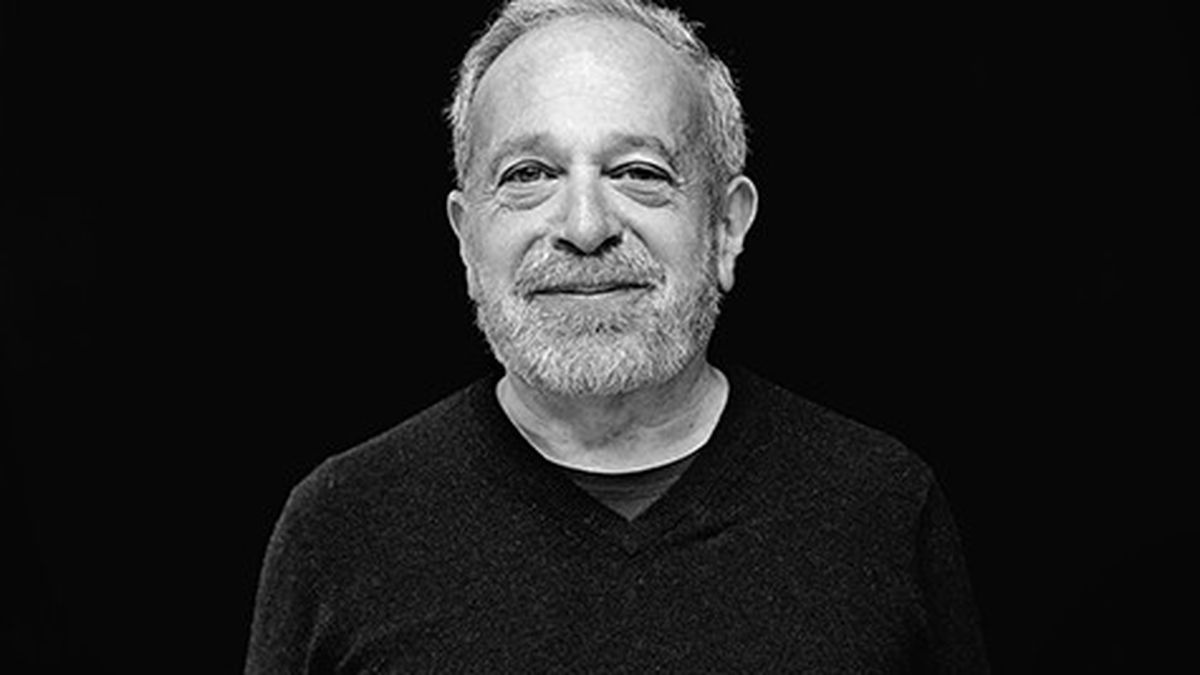 The Berkeley public intellectual and prominent Bernie Sanders supporter has a multimedia platform to examine America's rigged political system — and blaze a trail for reform.

Former Secretary of Labor and influential public intellectual Robert Reich had already written a dozen books when his son, who produces content for CollegeHumor.com, told him that, to reach young people, he really ought to get serious about social media.

Now, about five years later, Reich delivers snappy homemade videos and political commentary to more than a million Facebook followers daily, detailing both the machinations of a system he says is rigged in favor of the rich and also progressive ideas to counter economic polarization. It’s a message that harmonizes with the populist platform of Vermont Senator and Democratic presidential hopeful Bernie Sanders, who Reich endorsed in February, and one that animates Reich’s latest book, Saving Capitalism.

Reich, 69, sat between several computer monitors and video production equipment in his office at UC Berkeley, where he’s the chancellor of public policy at the Goldman School of Public Policy. He outlined the book’s argument: The widespread fiscal conservative call for deregulation actually veils a systematic reregulation — of antitrust law, tax hierarchy, intellectual property, campaign finance rules, and so on — that overwhelmingly benefits a powerful few. The idea of a free market, he argues, is a fallacious distraction.

If that’s the case, do small-government pundits — libertarian-inspired advocates of, say, abolishing the federal minimum wage — believe their own philosophical spin? “It’s a good question, and it’s very hard to tell,” Reich said. “There’s nothing really new about business advocacy of the free market. But what is new is the concerted organization and propaganda effort that’s gone along with it.”

What about Saving Capitalism‘s titular assumption, that American capitalism isn’t simply following a natural progression toward aristocracy and eventual implosion? It’s a point of view Reich dismisses in the book’s introduction and declines to validate by debating Karl Marx.

To Reich, illuminating America’s increasingly biased political arena and a path to meaningful reform is not only possible but also essential for empowering the masses — which is where the multimedia proselytizing comes in. “I’ve always considered part of my responsibility to be an educator,” he said. “Even when I was Secretary of Labor, it became very apparent to me that I couldn’t get anything done if the public didn’t understand what I was trying to do.”

Reich said he knew nothing about social media, at first. But at his son’s urging, he started a blog and soon after partnered with filmmaker Jacob Kornbluth — with whom Reich collaborated on the 2013 documentary Inequality for All — to develop a compact and persuasive approach to video. “I’m not an artist by any stretch of the imagination,” said Reich, who in many of his videos displays original drawings of politicians. “But it seemed to me that combining my little sketches with short videos, no more than two-and-a-half minutes long, might be another vehicle for getting my messages across.”

He’s tackled many subjects that way. There was his Tax Fact of the Day series, where he managed to make punchy, lucid points about a famously inane topic; his narrated illustrations of voter disenfranchisement because of gerrymandering and unraveling of the Voting Rights Act; and his so-called “office hours” videos, where he recaps news and responds to questions posed by commenters through Facebook’s new live-streaming function. His videos often accrue hundreds of thousands of views in days.

That’s likely because Reich isn’t dry. In one recent video, he read mean tweets aloud and jabbed back. “Economists are incomprehensible,” went one of his retorts. “I try to be comprehensible. Ergo, I’m not an economist.” And he isn’t above amusing, attention-grabbing gambits, either. “I did, in fact, go on a date with Hillary Clinton in 1965,” he said at the beginning of one live session. “And I’ll tell you about it later.”

Sometimes Reich’s digestible info-graphic approach brings to mind political memes, which have flourished and, to critics, come to symbolize stilted discourse. Reich, on the other hand, is diplomatic about the argument that relying on social media as a news source muddles, rather than enhances, political understanding — not least because Facebook algorithms can filter out conflicting points of view. “In my experience, people are hungry for all of the information and all of the context,” he said. “But they want it to be visual, and they want it to be clear, and they want it to be short.”

He continued: “I draw a distinction between generalizations that are meaningless but sound good, political phrases like ‘free market,’ and what I’ve tried to do, which is just the opposite: get under the surface of political expressions to expose some underlying realities that people have got to understand if they want to be effective citizens.”

He’s proved that citizenry is in the mood to dig beneath mainstream politics. Meanwhile, Hollywood even deemed the financial industry’s excesses sexy enough for an all-star cast in The Big Short. And yet, distrust of the establishment still traverses the ideological spectrum.

“[The Great Recession] served as a wake up call to the country about what many on the left and right call crony capitalism,” said Reich, noting that the Tea Party and Occupy movements both aroused populist spirits. Referring to Donald Trump and Sanders, he continued: “If you feel you have no power in the system — you’re either going to go with an authoritarian strongman bigot or you’re going to go with a self-styled political revolutionary.”

So how does Reich feel about a potential role in Sanders’ hypothetical cabinet? “Well, I’d consider a cabinet position if it was ever offered to me by anybody, because I consider it a duty,” he replied. “But I wouldn’t go back to Washington with my tail wagging and heart fluttering.”

Schoolchildren Will Be the Losers