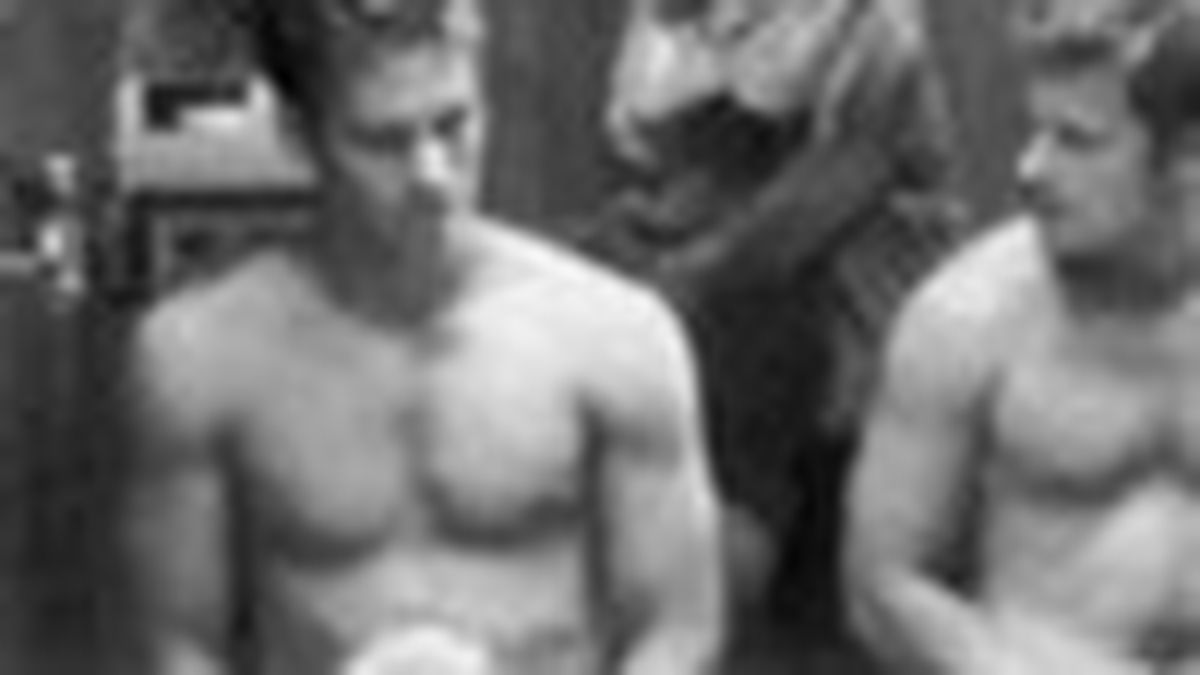 A quarter-century after C.W. McCall’s smash novelty single “Convoy,” there’s still a generous spirit out there for our 18-wheeled good buddies. But consider the less catchy flip side of that single, “Long, Lonesome Road,” and its lament of a maddeningly grim and endless horizon. It’s within this uniquely American wasteland that Joy Ride gets its kicks and delivers its shocks. Stripped down quite proudly to the sparest of plots, this is the tale of two mischievous lads who play a prank on a trucker via a CB radio, thereby landing themselves and some unfortunate innocents in a peck of trouble. Once they incur the wrath of an itinerant madman, the travelers are forced to flee for their lives, and assorted acts of terror and violence ensue.

Precursors abound for this sort of thing — most specifically Duel and The Hitcher — but somehow this project manages to be both astoundingly derivative and reasonably entertaining at the same time. Much credit is due director John Dahl, who deftly overhauls the pulpy, ridiculous screenplay by J.J. Abrams and Clay Tarver. Loads of distracting trash and “audience-relatable” material are contained herein — what with dumb, lusty youths pausing amidst unspeakable horror to tie cherry stems into knots with their tongues — but Dahl’s eye gives every scene a gritty elegance. A former storyboard artist (for Jonathan Demme and Paul Verhoeven), the director’s got a strong angle on the back roads and byways of the United States, as evidenced in Red Rock West and The LastSeduction. Following dalliances with Matt Damon playing poker (in Rounders) or Ray Liotta jonesing for spinal fluid (in Unforgettable), Dahl now returns to his familiar realm of frontier justice, giving us a villain who could eat Dennis Hopper and Linda Fiorentino for breakfast. But first we get Leelee Sobieski in her underwear, playing a college frosh named Venna, who provides ample reason for our hero, Lewis (Paul Walker), to do stupid things. With freshman year at a close, Lewis decides to hock his plane ticket for a ’71 Chrysler in order to drive home from Berkeley to the Midwest; he stops to pick up Venna in Colorado for what he hopes will be a romantic adventure. However, since Lewis is one of those archetypal nice guys upon whom the world cheerfully trods, he must first team up with an obnoxious kid in the form of his ne’er-do-well older brother, Fuller (Steve Zahn), freshly sprung from the clink in Utah. In the movie’s most ludicrous yet logistically vital scene, Fuller decides to invest in a CB radio — “a prehistoric Internet” — for Lewis’ car.

Tidily establishing himself and his brother with the handles Black Sheep and Mama’s Boy, Fuller decides to play a little joke on a creepy, laconic fellow who calls himself Rusty Nail (the voice of Matthew Kimbrough). He coerces Lewis to pretend he’s a hot-to-trot woman named Candy Cane in desperate need of a good time: “Get him all worked up, then in the middle of it, say, ‘I’m a dude!'” Fuller instructs.

But Lewis allows the prank gets out of hand, and the boys invite Rusty Nail to visit Candy Cane in the room next to theirs at the seedy Lone Star Motel. Since the room’s actual occupant is a pugnacious (and conveniently racist) bastard, the boys figure they’re in for a giggle or two. The yuks swiftly turn to yucks the next morning, however, when their nasty neighbor turns up with his jaw ripped off. After taking their licks from the law — almost always a debilitating presence in stories like these — the brothers set off to fetch Venna as planned, but the unhappily jilted Mr. Nail has other plans in store for them.

For a while, it’s hard to know what to make of this hodgepodge. The opening titles and final confrontation smack of Se7en, the boogeyman possesses the stealth and omnipresence of the faceless slashers of days gone by, and the jokey miasma of middle American dread is pure Coens. Yet somehow, Dahl’s road to ruin develops its own engaging consistency as it rolls along. The only thing that’s odd about it is that the director would veer into a silly, adolescent fright-fest, while a relative novice like Christopher Nolan (whom Dahl clearly inspired) delivers the adult noir of Memento. Go figure.

The performers put a lot into Joy Ride, which goes a long way toward helping us swallow the notion of an evil, unstoppable trucker who can be anywhere and everywhere at once. Zahn in particular is a hoot, bringing forth the giddy irreverence he honed in the title role of Paul Todisco’s clever and contemplative Freak Talks About Sex . In fact, he’s in almost the exact same mode, playing a sage idiot who scopes nipples in slo-mo and wouldn’t think to install something practical — like a cassette deck to listen to books on tape or to learn Korean or something — but rather opts to squelch everybody’s good time with mischief.

Under close scrutiny, Joy Ride disintegrates into fairly obvious themes, with Rusty Nail as a vengeful dork, Venna as a confused princess, and Lewis as a white knight. It’s Dahl’s affinity for the nightmare of the American highway that kicks these familiar elements into gear, reminding us how grisly it can get if we don’t drive friendly out there.