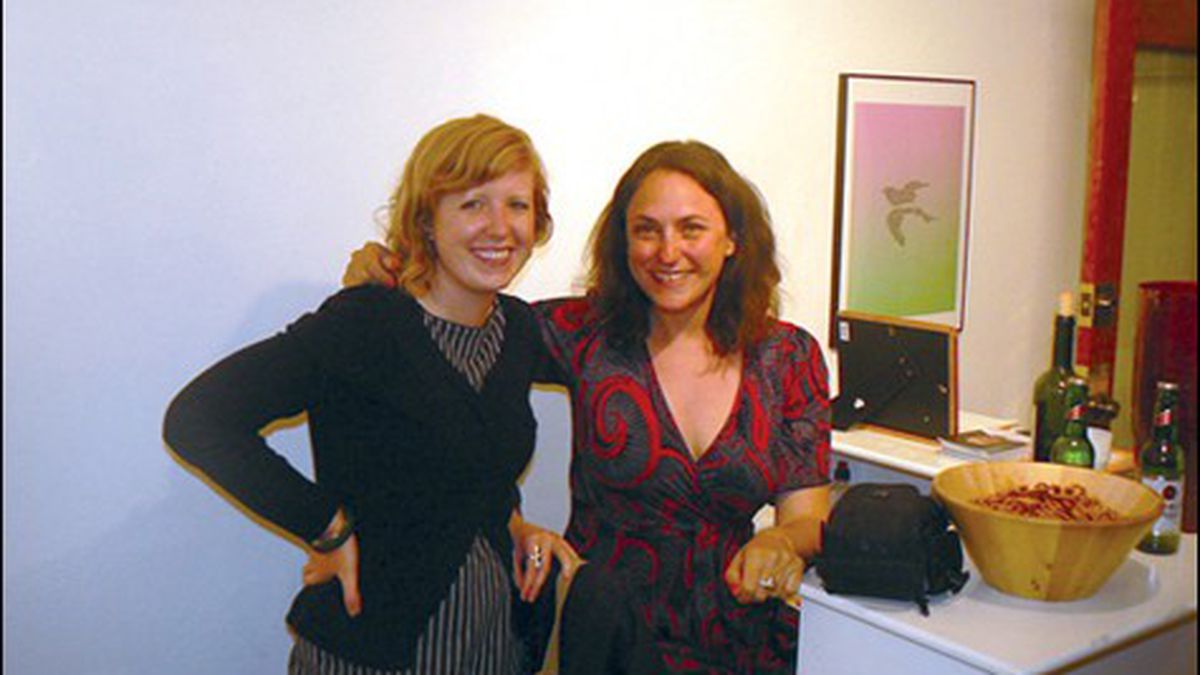 New series at Temescal gallery puts the interaction back into art.

When Elizabeth Bernstein and Carrie Hott opened the Royal NoneSuch Gallery (4321 Telegraph Ave., Oakland) two and a half years ago, they had a clear sense of the kind of space they wanted — and didn’t want — to create. Both alumnae of the San Francisco Art Institute who’d been active in the East Bay arts community for years, they all too were familiar with the typical gallery scene and wanted to create the kind of space where people could really interact with the art.

“We both went to art school; we both make objects, and we’re in love with the objects artists make,” Bernstein said. “But we were conscious of wanting to draw a connection between crafts and idea and object. We wanted to create a destination where art isn’t something that you take in passively.” As a nonprofit organization supported entirely by grants and donations, they were blessed with a business model that allowed them to offer programming that might not sell well enough to sustain a for-profit gallery venture. Even the space’s name — a nod the band of actors that manages to bamboozle an entire town in Mark Twain’s Huckleberry Finn — spoke to the sense of playfulness and engagement they hoped to stoke. And, indeed, in its short two years, the gallery has presented a slew of multisensory, multidisciplinary, interactive, and occasionally risky shows, workshops, and community events that often have little in common with the prototypical passive white-walled gallery experience. “Basically one of the things that we really try to emphasize is interactive programming in any way we can,” Bernstein said.

And in that sense, her and Hott’s current undertaking, 21 Projects x 21 Days x 21 Hours, is the natural extension of that impulse. The concept was born last year, when a show fell through and the two were left with a month’s worth of empty space and vacant programming. “We just started thinking about how we’d like to fill this time, and about how people have a huge wealth of knowledge here,” Bernstein said. They rounded up 21 artists, broadly defined, and gave each exactly an hour to do whatever they wanted with the gallery. “It was kind of like a dare: If you had one hour and a blank space, what would you do?” Bernstein said.

Thus far, the answer to that question has been, well, just about everything. The first project in this year’s series, Dan Graham‘s “2011 Zevon Awards,” was a borderline absurdist performance piece that placed elaborately characterized genre authors at a fake science-fiction awards ceremony. The following night, Aaron Harbour presented a comprehensive discussion of the music blog and its limitations, and the night after that, Aaron Terry invited guests to wear hand-sewn “Urban Yetti” outfits while he documented their actions as part of a meta-social experiment. The remaining half of the series, which runs through April 17, promises to be equally manifold, with projects including drawing sessions, a citrus tasting, and workshops both utilitarian (how to make your own paint) and less so (how to speak with a convincing fake accent). The only requirement is that the projects engage the audience in some way. “Honestly, it’s all about keeping things interactive — kind of that whimsy thing, but there’s also some seriousness,” Bernstein said. “Call it thoughtful whimsy, I guess.” Check website for full schedule; free. RoyalNoneSuchGallery.com

City of Oakland Clears Out The Village Homeless Encampment