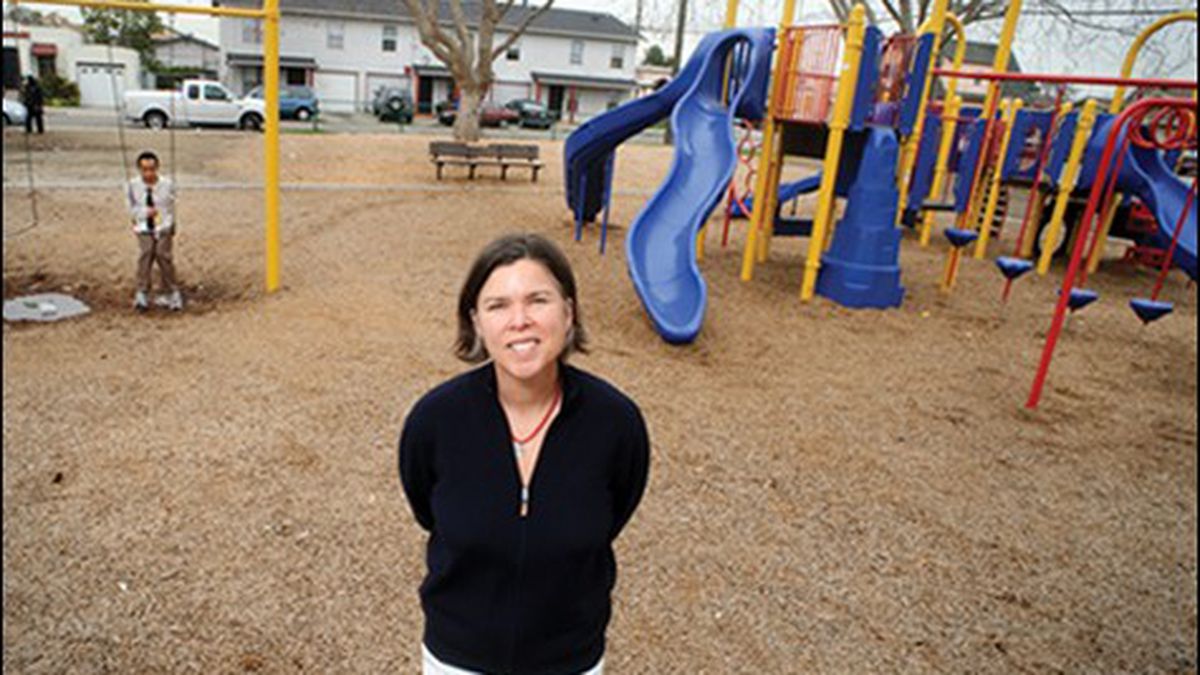 The State of California buys in to Toody Maher's vision for Pogo Park.

A small park in Richmond received a big boost from the State of California last week. Pogo Park sits dead center in Richmond’s Iron Triangle at the corner of 8th Street and Elm Avenue, and although more than 3,000 children live within a mile of it, the park is underused and unkempt. Community activist Toody Maher has been working to change that for more than three years, and now, with a $2 million grant awarded by California State Parks as part of Proposition 84 funds allotted to improve state parks, she finally can.

In 2007 Maher, a Richmond resident who lives less than five miles from the park, decided to remake and revitalize the Elm Playlot into a place where children would feel welcome. Her vision revolves around a radical idea she calls a “park host,” in which a full-time trained overseer would create play opportunities for children while watching over their park. Maher formed the Pogo Park organization in 2008 and won funding from the City of Richmond’s Redevelopment Agency for design and capital costs. She went door to door and involved local residents, and assembled a network of supporters that range from playground designers to urban planners. Berkeley urban planning and design firm MIG wrote the grant pro bono.

But Maher takes community involvement one step further. She insists that local residents must be involved in the planning and building of Pogo Park from start to finish. “You have to invest in the people at the same time you’re investing in the physical of the neighborhood,” Maher said. “Telling people what they need and coming in and doing it for them doesn’t work.”

Toward that end, Maher has held community meetings since day one, and formed the Elm Playlot Action Committee to give residents an active voice and vested interest in the park. Maher worked with local residents and community members this year to design a scale model of the park layout, and met at the site to stake out an office, tricycle path, and other planned amenities. But until the grant, it was anyone’s guess when those plans would get underway.

“Getting all the funding to make the physical improvements to the park is going to help catalyze getting the additional grants to invest in the capacity of the community,” Maher said.

Richmond City Manager Bill Lindsay has taken the project under his wing, and pledges to personally watch over the grant to make sure it’s fast-tracked. And the State of California has shown interest in spotlighting the endeavor on its web site as a model project for the state.

It’s all very good news for Maher and the supporters of Pogo Park. Maher sees the park as a catalyst for a new community development model, and with funding in hand, she can now begin the physical transformation to make a park unlike any other park.