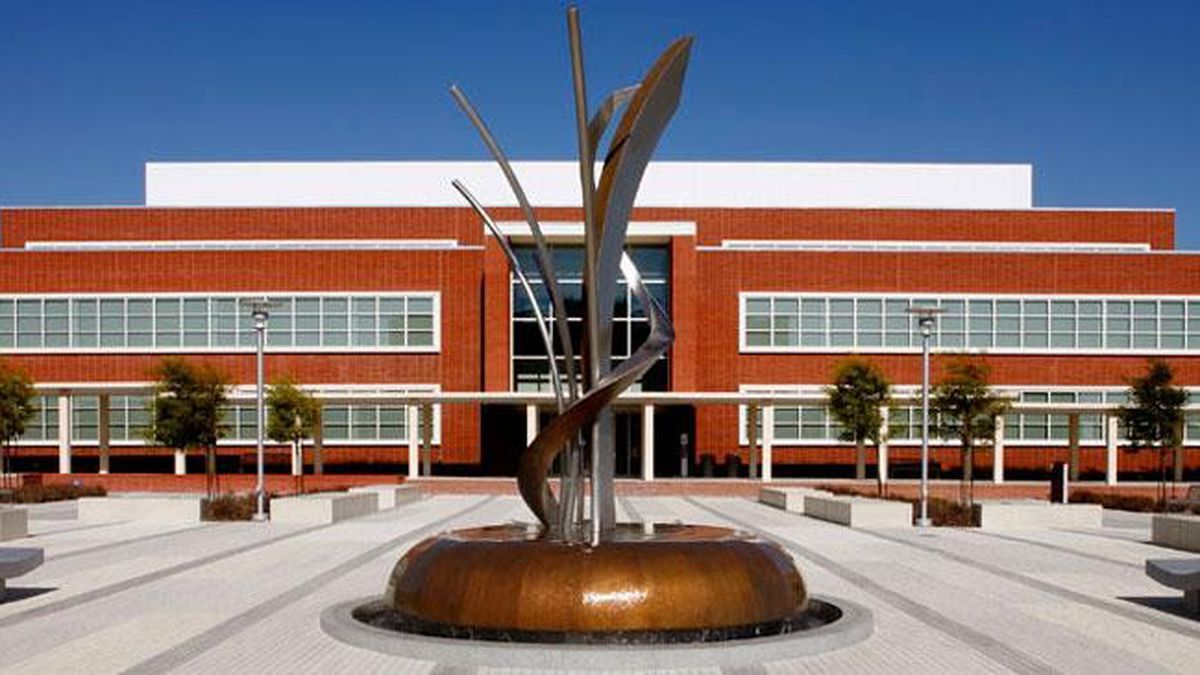 Richmond at a Crossroads

The city is on the verge of an economic boom: Will Mayor Tom Butt, a longtime city official, lead it to prosperity, or will the Richmond Progressive Alliance take full control of City Hall?

Richmond is at the doorstep of housing growth few thought would be possible a decade ago, and the Nov. 6 election will define how the once rugged, working-class city is going to manage the new development, rising home prices, and success’ dubious in-law, gentrification.

While other cities on the bay, like Oakland, Berkeley, and San Francisco, have gone through spurts of revenue-generating development, Richmond has been the glum wallflower at the economic boom party. But as home prices and rents have skyrocketed around the Bay Area, Richmond has become increasingly attractive.

Since 2004, Richmond has been steadily improving its once rough reputation as a crime-ridden, industrial city. Now, the city showcases a different image: There are thousands of acres of easily accessible open space and 32 miles of waterfront, lined with parks and trails for bicycling, jogging, and walking. There are new brew pubs, a bayside wine bar, a popular entertainment venue, and a new ferry system set to begin operation early next year. Along with these amenities, Richmond has already begun to see a new type of resident: young professionals with children.

Wayne Green has lived in Richmond’s North and East, a racially mixed neighborhood of modest, well-built homes, since 1990. He said he’s noticed changes over the past five years. “It used to be our neighbors were old hippies and adventurous types who had been priced out of Berkeley and Oakland, but things are changing,” Green said. “Rottweilers and pit bulls are out and labradoodles and expensive baby carriages are in. We’re seeing lots of Berkeley-styled, drought resistant landscaping and at nearby open-space hiking areas, the parking lots are filled with Prius cars and Subaru wagons, and on the trails, it’s Patagonia outfits, REI trekking poles, and Columbia sunhats.”

Richmond is now hardwired for development, the economic pressure is high, a new pro-development city manager, Carlos Martinez, has taken office, zoning regulations are in place, and property values are on the rise. If Richmond voters approve Measure T, a tax initiative to create funding for homeless services, it will put additional pressure on property owners to build or sell their vacant lots because of the new tax on buildable land.

Currently, there are 2,245 housing units that have already been approved for construction or are working their way through the approval process, according to the city’s Planning and Building Services department, and opportunities for thousands more have been identified by Richmond’s General Plan 2030.

The question is not whether Richmond will grow, but how that growth will be managed. That question will be answered in part by who voters elect for mayor on Nov. 6. The choice is between current mayor, Tom Butt, a 23-year council veteran, and Vice Mayor Melvin Willis, a relatively new councilmember who was elected in 2016.

Willis, 27, is a core member of the Richmond Progressive Alliance (RPA), a progressive organization that advocates for tenants’ and workers’ rights and is largely funded by the SEIU and currently enjoys a supermajority on the seven-member city council. Willis also works for the Alliance of Californians for Community Action, as an organizer.

Willis has been a strong advocate for affordable housing and supported Richmond’s rent control ordinance, which the city council approved in 2015 before he was elected. He advocated heavily to restore county medical services for undocumented immigrants and he helps facilitate meetings of the homeless task force. He is particularly interested in creating safe homeless encampments and programs to help people into services, jobs, and homes.

Willis also advocates for bringing trade skills classes to Richmond high schools by forming a partnership between the city, school district, and trade unions. “That way, high school graduates who don’t feel college ready they have a pathway into the workforce,” he said.

But Willis’ signature issues are affordable housing and renters’ rights. He is banking on the passage of California Prop. 10, which would repeal Costa Hawkins, a state law that restricts rent control, so he can work to expand Richmond’s rent control ordinance, which is already one of the most far-reaching in the state. “I also want to institute vacancy,” Willis said, referring to a rule that would restrict the ability of landlords to raise rents on vacant units. “And I want to expand tenant protections so that we can have stable neighborhoods.”

For his part, Butt has spearheaded numerous projects during his two-plus decades in office. Before winning the mayor’s seat in 2014, he spent 19 years on the council, where he earned a reputation for being a good government official. He makes himself readily available to the public and never shies away from controversial or tough questions. Butt’s E-Forum, which is regularly emailed to roughly 4,000 residents and dozens of media outlets, has been a powerful source of news and information for Richmond residents — especially during the decline of newspapers.

In his early years in City Hall, Butt was in the council’s progressive minority. He was often the lone voice against Chevron’s authoritative influence that held sway over the council for decades. In the 1990s, Butt organized, with a handful of other elected officials, to challenge Darrell Reese, a corrupt Richmond fire captain and union official who, like a Tammany Hall boss, controlled the city council through bullying and intimidation.

Butt is an accomplished architect and has used his professional skillset to help preserve Richmond’s rich history of World War II shipbuilding structures. Nearly all of those buildings have been repurposed to draw tourists, generate local pride, and spur economic development.

A shortlist of his preservation work includes helping to establish Rosie the Riveter WWII National Park, and he was a key factor in the preservation of the Ford Plant where military tanks and Model Ts were manufactured. Now the Craneway Pavilion, the building is a thriving office park crowned by an entertainment and convention venue that overlooks San Francisco Bay. Butt lead the effort to preserve the Riggers Loft, now a popular bayside wine bar. He also contributed his architectural skills to the preservation and restoration of Nystrom School, a two-story wood schoolhouse built in 1943 to serve the children of Kaiser Shipyard workers.

Butt advocated for decades to bring a Richmond-San Francisco ferry to the waterfront, and a new ferry system is scheduled to begin operation on Jan. 10, 2019. City officials predict the ferry will add to Richmond’s new cache as a commuter city and create a surge of development on the waterfront near the terminal.

Butt has led the city’s efforts to expand renewable energy use, and along with Councilmember Jael Myrick, he established Richmond Promise, which provides funding and support for underprivileged youth to attend college. Butt authored Measure T, which is expected to raise nearly $3 million for homeless services.

Richmond’s new ferry system demonstrates a key difference between Willis and Butt. Willis is cautiously supportive of the ferry. He worries that it will accelerate a rise in home prices, which will deplete the affordable housing stock and create more gentrification.

For Butt, the mayor’s race is an all-or-nothing campaign. If he loses on Election Day, he will be out of office. By contrast, if Willis loses, he will remain on the council. His term doesn’t expire until 2020.

But the mayor’s race is not the only election in Richmond. Many residents are watching the contest for three council seats as a referendum on the RPA, which has held a supermajority of five seats on the council since 2016. The three council seats in contention this election are currently being held by RPA members: councilmembers Eduardo Martinez and Ada Recinos are running for reelection and Councilmember Jovanka Beckles has given up her seat to run for state Assembly. If all three RPA seats are lost, the RPA will lose the council majority and a major progressive force in Richmond will have to reevaluate its agenda.

Is the RPA in trouble? There have been some significant riffs in the RPA’s solidarity. As the organization’s influence grew, so did racial tensions and opposing political philosophies. Since its founding, the RPA’s core was made up of older white women who churned out newsletters, walked precincts, attended forums, and city meetings. In 2017, a rift began when the RPA-controlled council unanimously appointed Recinos, then a 26-year-old Latina and member of Richmond’s Human Relations Commission, to former Councilmember Gayle McLaughlin’s vacant seat. The appointment was a slap in the face to McLaughlin, a founding member of the RPA and ardent supporter of Marilyn Langlois, a retired white woman who is a close friend to McLaughlin and had served as her chief of staff when McLaughlin was mayor.

Another divisive issue for the RPA has been development at Point Molate, a former naval fueling station on the city’s northwestern shore. The secluded, 414-acre property of mostly undeveloped waterfront property, has long been regarded as potential open space by the older guard of the RPA. The property had been tied up in a lawsuit for eight years, and two RPA councilmembers, Recinos and Ben Choi, broke ranks with the RPA to vote for a settlement brokered by Butt, paving the way for about 670 units of housing on the property.

Among the 13 candidates vying for the three council seats are two council veterans from Richmond’s storied past. Jim Rogers, a former councilmember and county supervisor was voted off the council in 2016. Rogers enjoyed widespread name recognition from his television ad campaign as “The Peoples Lawyer.” But Rogers resigned the California bar in 2006. Also attempting a comeback is former Councilmember Nat Bates, a retired probation officer who served seven terms on the council as a councilmember, vice mayor, and mayor and was long-backed by Chevron.