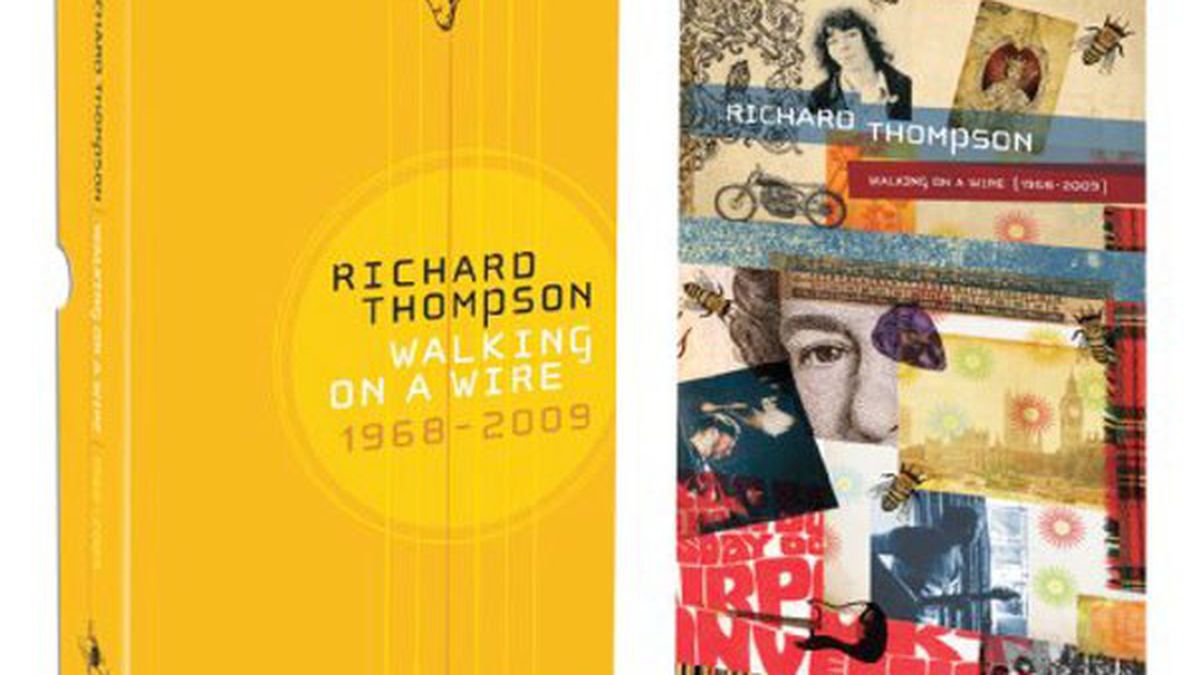 It’s the rare songwriter who deserves the box-set treatment, but
with the release of Walking On a Wire Richard Thompson now has
three. Certainly, the British singer-songwriter merits such
study, as he’s one of music’s most intriguing lyricists and inventive
guitarists. And it’s been sixteen years since his last true career
retrospective, the three-CD set Watching the Dark, so there’s
plenty of new material to digest.

Thompson isn’t the most inviting singer, but during the 1960s and
1970s he burnished his sandpapery folk rock by harmonizing with Sandy
Denny and his then-wife Linda. This early material provides most of the
first two discs of Walking, and it’s near perfect — full
of serpentine guitar solos and emotionally vivid lyrics. Following his
1983 divorce from Linda, Thompson went solo, and his albums grew
uneven, vacillating between acerbic rockers like “Valerie” and “I Feel
So Good” and dull slogs like “Mingus Eyes.” And yet, such inconsistency
makes Thompson the perfect target for the best-of treatment, and Disc
Three is a rollicking good time, replete with his loosest, funniest
material.

Things go awry in Disc Four, as Thompson’s songwriting dips into
cliché and banality, leaving his vocal limitations more
noticeable than ever. Various projects — a concept album about
the Industrial Revolution, covers of favorite songs of the last 1000
years, the Grizzly Man soundtrack — fail to inspire
greatness, although the Iraq conflict does offer up the fearful “Dad’s
Gonna Kill Me.” But even with the stumbles, Walking On a Wire
showcases how fascinating he can be. (Shout Factory)