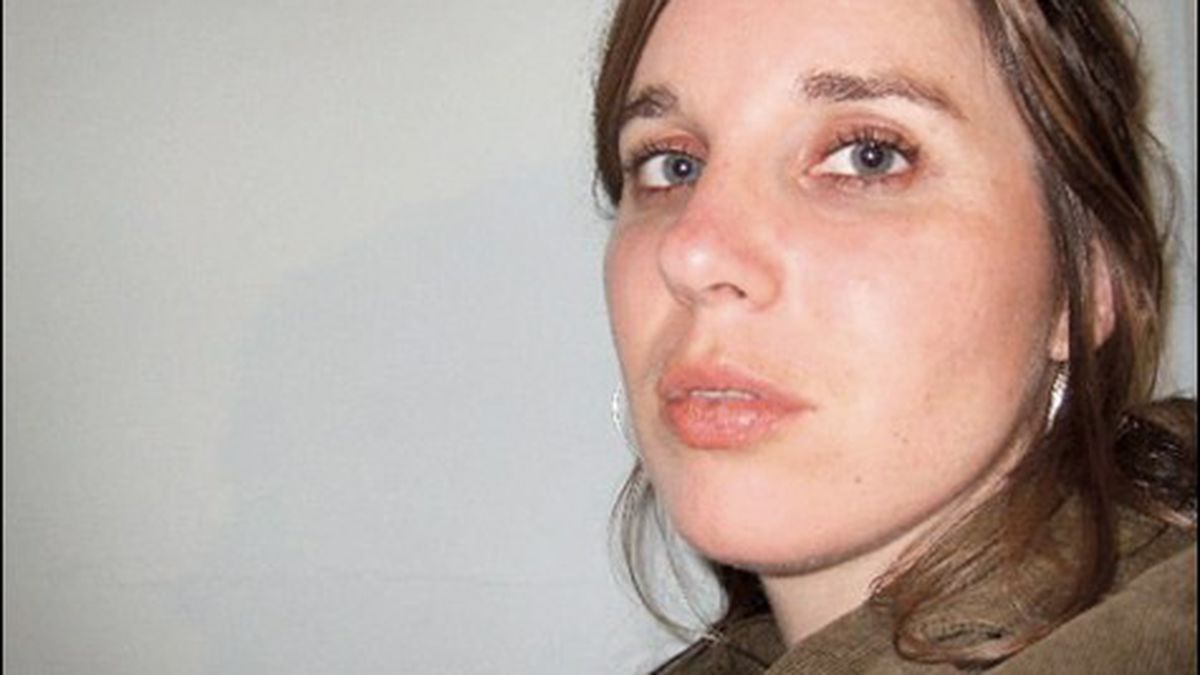 Express critic Rachel Swan makes her stand-up comedy debut. Here's what the professionals have to say about it.

It all started on Facebook. In a status update, East Bay Express music editor and theater critic Rachel Swan expressed the desire to drop the notebook and pick up a microphone.

Stand-up comedians Chris Garcia and Bucky Sinister jumped in and made Ms. Swan an offer she couldn’t refuse: Do a set at The Business, the weekly alternative comedy show Garcia and Sinister co-produce with fellow comics Sean Keane and Alex Koll, and afterward, The Business would review Ms. Swan’s first try at stand-up comedy. Emphasis on “first.”

Ms. Swan had a few weeks to prepare. During that time she came to watch the show a few times, took copious notes, and fidgeted anxiously as she asked us how to put together a routine. We gave her solid advice. “Wear a funny sweater.” “Don’t fuck up.”

We licked our lips in anticipation. Because we’re jerks.

We even fantasized about searing titles for the review. “Swan Dive.” “Swan Against Four.” “Swanted: Dead or Alive.” “Swantanamo Bay: East Bay Express editor detains audience.” Or, “Swan, Like,” because she said that word, like, a lot. We have no real eagerness to skewer Ms. Swan, especially considering that her review of The Business back in August was largely favorable. “They’re all terrific writers, in addition to being good humorists,” wrote Swan. But as performers, we often feel powerless at the mercy of critics, so naturally we can’t resist the irony of the reviewer becoming the reviewee. Also, we’re comedians, so we’re pretty immature.

Swan took the stage to a smattering of applause, and immediately mocked Sean Keane for hitting his lip with the microphone. Her karmic payback would be swift. She began with preemptive damage control. “I am not a professional comedian, so please lower your expectations. I work at a newspaper.”  She could have shortened that to “I work at a newspaper,” and expectations would have dropped to the floor. This is the kind of self-editing that Ms. Swan will undoubtedly develop with more stage time.

She told a story about a crazy night with her then-boyfriend, Aristotle Isoceles the Great, which turned into a job interview at a low-end San Francisco strip club, where coincidentally, her stage name was going to be “The East Bay Express.” Just kidding, she was going to go with “The Street Spirit.” Though the job search was not a sober decision, she tried to treat it as a serious job interview, talking to her co-workers, checking out the strip club water cooler, and discussing the imports and exports of the owners’ home country of Georgia (“not the Georgia you know, the Georgia on the map on the wall”).

One thing that stood out was Swan’s voice as a performer. And we don’t mean her point of view, or perspective on life. No, we mean her odd choice to affect a kind of urban patois, a Berkeley-Oakland creole. She also commented on her tendency to hit herself in the teeth with the microphone — that happened twice — which was the only part of her performance that showed a knack for observational humor. Reviewing stand-up comedy in any situation is a difficult proposition, and even more so when it’s a performer’s very first time. And it’s more complicated by Ms. Swan’s position as a critic. My first published review would probably not hold up to careful scrutiny now, especially since it was an enthusiastic endorsement of Soul Asylum‘s “Grave Dancer’s Union” in the seventh-grade newspaper. Though, much like the East Bay Express, The Prowler was a free weekly publication with limited distribution and self-indulgent writing, so maybe the analogy holds up.

Writing this review has made us empathize with Ms. Swan. It is indeed difficult to take on a whole new form of communication and self-expression, figuring out a balance between exposition and criticism. Perhaps we would have better captured the spirit of this night by composing the review on a BART train, submitting it on a crumbled napkin, and not really writing an ending for it. Because that’s how Rachel Swan gets down!

The final word: Absolutely every comic’s first set is terrible. There may be some shining moments (Rachel was very likeable and honest), but they will be couched in a torrent of shit. Rachel Swan was no exception. However, the trick to stand-up comedy is deluding yourself about your own talent for long enough that you actually get the stage time under your belt to be decent. So hopefully Rachel Swan will ignore this review and consider the night an overwhelming success. We sure did.

The Electrical Sounds of The Alternating Currents