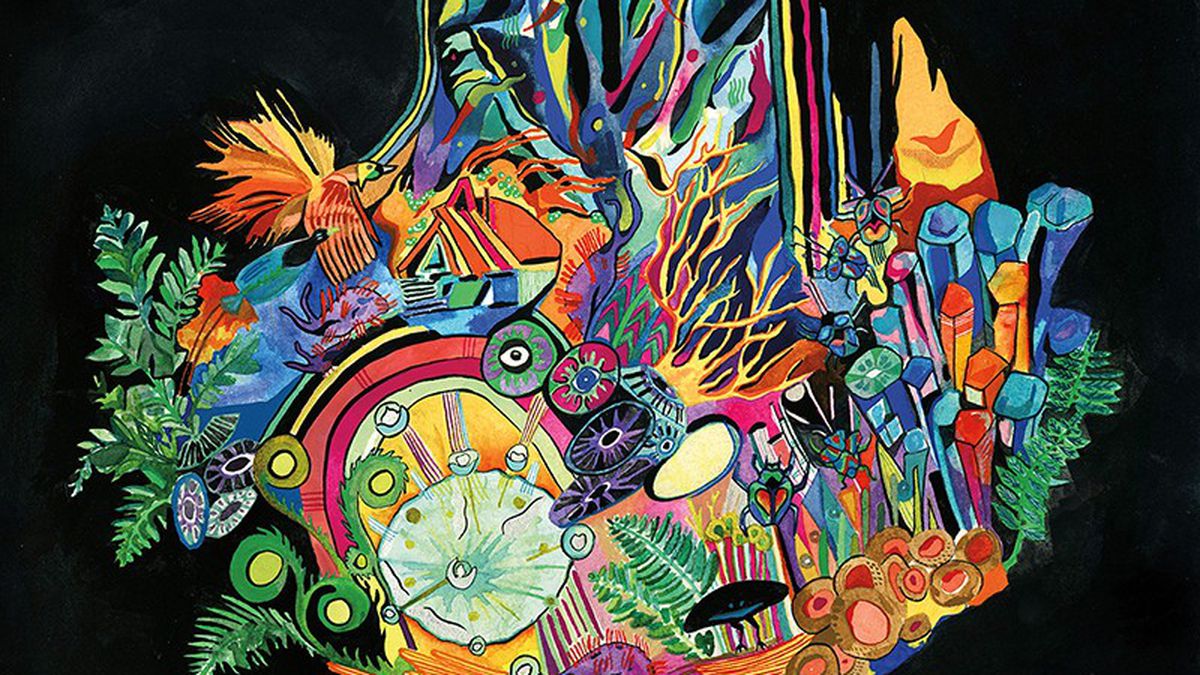 Composer and synth wiz Kaitlyn Aurelia Smith’s EARS is a more contemplative follow-up to last year’s Euclid, which had bucolic Buchla synth instrumentals so sprightly that they evoked the burbling brooks and rolling hills of the musician’s North Bay surroundings. While Euclid — with its bouncy melodies and whimsical effects — made a show out of its quirkiness, EARS explores Smith’s more challenging sonic inclinations to fascinating effect.

The record attests to Smith’s mastery and innovative uses of the synthesizer, with which she creates strikingly multifaceted compositions. At times, her Buchla playing poignantly evokes natural phenomena without mimicking the sounds of nature directly. Instead, she crafts evocative arrangements that activate listeners’ imaginations with their crescendos of textured, luminescent tones.

While the Buchla was used to create the majority of the aural alchemy on EARS, Smith composed parts of it for a woodwind quintet, whose charming flutters of Pan-like flute and maritime horns add a breathy, organic feel to the electronic album. That’s not to say that Smith’s synth playing sounds digitized. Rather, the Buchla’s warm palette melds easily with the wind instruments. Smith sings intermittently throughout the record — a rarity for her — but she uses her vocals minimally. Processed to resemble a hymn-like chorus, her voice functions as part of the instrumental tapestry, and the songs arrive to her vocal parts in a way that feels like discovering a mysterious clearing in a forest. Her voice doesn’t guide the journey through EARS: It functions more as a serendipitous detour.

While Smith’s music often eschews structural pop elements such as refrains, she has a remarkable gift for making her experimental compositions accessible even to listeners with more conventional tastes. While the current school of academic electronic musicians in the Bay Area often tests listeners’ endurance with atonal droning or arrhythmic, textured noise, EARS is unpretentious about the way it cultivates joy and wonder with its cinematic instrumentals. (Western Vinyl)

Toner’s Samuelito Cruz is impressively prolific: Though he moved to Oakland from the nearby suburb of Newark less than two years ago, he’s already established himself as a punk auteur with his bands Toner, Happy Diving, and Never Young — all of which have avid, albeit overlapping followings in the local underground scene. Indeed, Cruz’ uniform of a single, dangling earring and skin-tight black jeans have made him sort of an iconic presence at house shows — probably because, since he’s in so many bands, chances he’ll get booked to play are pretty high.

Passing Glance is Toner’s third release, and the EP shows Cruz’ four-piece polishing up its shoegaze pop sound: Cruz’ guitar-playing still contains a layer of fuzz, but the distortion acts only as an embellishment to his predominantly crystalline strumming. The band incorporates enough impressionistic looseness in its instrumentation to lend the record a deliberately lo-fi sound, but Cruz’ penchant for concise and efficient pop songwriting stands out throughout — punchy bass lines underscore infectious riffs. On the title track, Cruz’ melancholic singing comes through with a robust clarity that’s new for him, though on the other four songs, he opts for the kind of mumblecore delivery that gave Toner its sad-boy charm in previous releases.

While Passing Glance is a pleasing listen, it’s missing the kind of understated-yet-poignant lyricism that set apart the band’s full-length album, Toner LP, from the slew of garage-y pop punk that’s been coming out of the Bay Area since the mid-Aughts. Toner LP contained lyrical gems such as I’m all alone/Drunk in my room/I’m thinking ah-bout it (from “Bedroom Floor”) — lines that are deceptively simple yet immediate and relatable. Passing Glance contains few memorable moments such as these, and the record feels somewhat rote without them. (Vacant Stare Records/Digital Regress)

In his previous incarnation, Berkeley rapper Keith Jenkins performed as Stunnaman, a member of the iconic, then-teenaged rap group The Pack (of “Vans” fame). The members of The Pack have all pursued solo careers, though former bandmate Lil B’s success as a social media personality and mixtape auteur has outshone his collaborators’ efforts — until recently. Over the past two years, in addition to pursuing his career as a visual artist, Jenkins has resurfaced onto the local music scene with his Simpsons-referencing Black Bart mixtape series, which sees him adopting a darker, more aggressive sound than The Pack’s more upbeat party rap.

Not long after releasing Black Bart 3, Jenkins unexpectedly dropped Pistol Keith, a sleek, six-track mixtape entirely produced by BlizzedOut. For the project, BlizzedOut created slow ominous beats that are all about the hypnotic bass — resounding with the elasticity of a rubber band, with glitchy, digitized samples interspersed throughout.

The project knocks, but it’s tempting to say that Keith is riding the current wave of Atlanta-indebted trap dominating music blogs and SoundCloud. That’s not necessarily a detraction, though, as recent years have seen regional differences between rap subgenres dissolve. The obvious Southern influence notwithstanding, BlizzedOut’s minimal production provides a nice counterpoint to Jenkins’ course voice, which he deploys with a slow-moving, syrupy cadence. On “We All Hurt,” he raps at just above a whisper, and despite the intentionally slack-jawed laziness of his delivery and absence of a memorable hook, it’s one of the record’s catchiest songs.

Throughout Pistol Keith, Jenkins’ ice-cold pimp persona provides plenty of second-hand ego boosts: The project is a soundtrack for stunting on your enemies and flexing your dominance — which might not be very based, but feels so good. (Gold House)

Correction: A previous version of this story stated that Samuelito Cruz is from Newark, New Jersey when he is in fact from Newark, California.