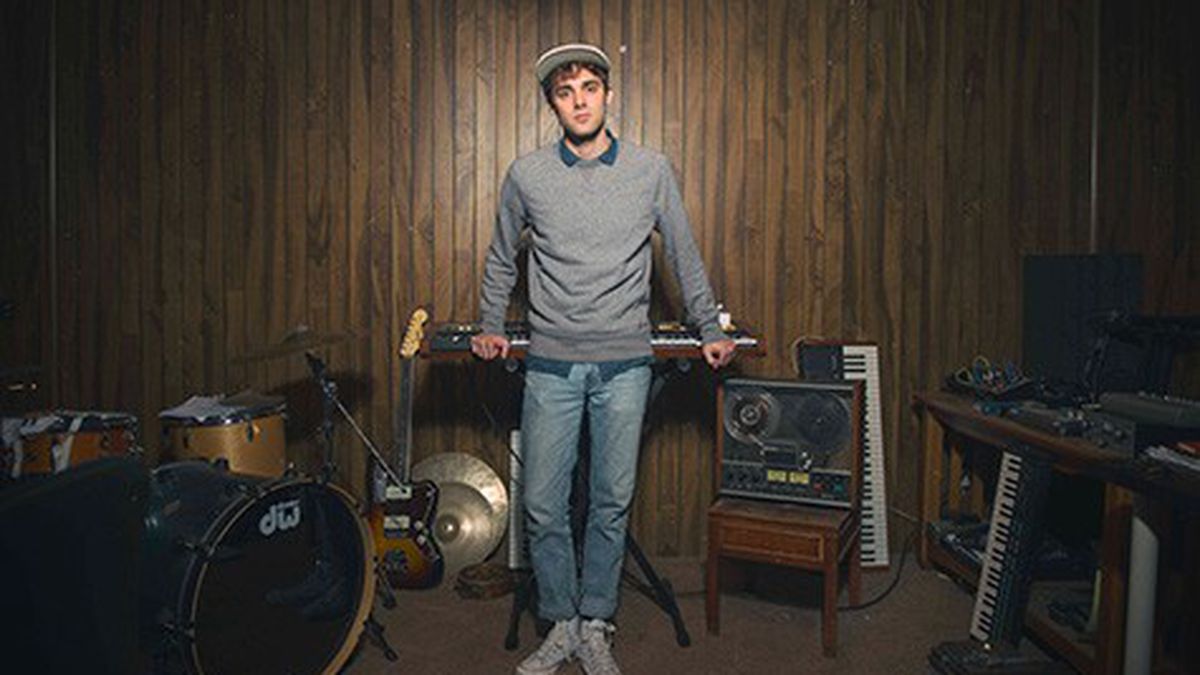 The Oakland musician discusses rising to indie rock prominence and his recent EP, Hard to Read.

It took Marin County native Jackson Phillips a while to find a place where he felt at home. Raised in Mill Valley, Phillips now resides in Oakland after stints living in New York, Los Angeles, and Boston, where he studied jazz drumming at the prestigious Berklee College of Music. Back in the Bay Area, he’s seeing the results of the time he’s spent on Day Wave, a solo project that has enabled him to open for Blonde Redhead and The Strokes’ Albert Hammond Jr., and get coveted spots at festivals such as Lollapalooza and Shaky Knees — all on the strength of two EPs.

Sitting at his kitchen table hours before a flight to Australia, Phillips told me why he chose a charming house in the Piedmont neighborhood as his home base.

“I was living in L.A., but I knew the only way I could make this project happen was if I moved back to the Bay Area,” he said. “I knew that was the place where I was originally most inspired to make music when I was younger. It also has this entire great outdoors for me to go hike and get away from the music, but then it also gives me the space to work on music without being bothered by the entertainment industry of L.A. and the super-trendiness of New York.”

Day Wave isn’t the sound of Oakland as much as a product of it. On two EPs — 2015’s Head Case and the recently released Hard to Read — Phillips swirls the melodic mien of Brian Wilson with the more brooding synth sensibilities of acts like New Order and Joy Division. Carousel, Phillip’s last band, was entirely synth-based — a sound he’s now trying to move away from in favor of something slightly less pristine.

Discussing his affinity for Pet Sounds, Phillips said Wilson’s attention to detail, especially when it comes to crafting a sunny atmosphere, have made a lasting impression. “Part of it, for me, is beyond the songs,” he added. Watching Love & Mercy, the Wilson biopic released last year, he found himself most immediately drawn to the sequences in the film that showed Wilson at work in the studio.

“That’s always the most interesting thing for me: watching people’s process. Growing up, I always tried to find bands, videos of them recording or writing, because I just want to see the process.”

Phillips’ process has had its own fascinating evolution. He played jazz drums and synth before picking up the guitar, the primary component of Day Wave’s sound. The synth is still present, but Phillips describes it as “the sprinkles on top,” adding washed-out embellishments to his otherwise hooky and riff-driven songwriting. Listening to Day Wave, one can feel whisked away to a beach on an overcast day, an undercurrent of fuzz fogging up the warm guitar notes. It’s a recipe that’s found more than a few admirers, including blink-182’s Mark Hoppus, who befriended Phillips after hearing the song “Drag” and later starred in the music video for Hard to Read’s lead single, “Stuck.”

Day Wave has also received critical acclaim from top music outlets such as Noisey and Pitchfork. And thanks to his newfound recognition, Phillips was invited to play a slew of showcases at last month’s South by Southwest in Austin.

“It was really pretty hectic,” he said. “It’s like two or three shows a day with press in between, so you’re kind of just running around. It’s cool though, because I met all these bands that I really like, that I’ve been listening to for the last year or so.”

Phillips recalled the excitement of meeting rising groups like Porches and Car Seat Headrest at the festival, and reverence was palpable in his voice when he told me he’ll be playing the same stage as Radiohead at Lollapalooza later this summer. Clearly, the success of Day Wave is not going to his head — but that’s not to say Phillips doesn’t have ambitions for the project.

While Day Wave nabbed a closing slot during a night at this year’s Noise Pop festival, Phillips said his upcoming show at San Francisco’s The Independent on April 25 will be his true first Bay Area headlining gig. Somewhat surprisingly, Phillips and his live band have never played a show in Oakland.

“The real goal is to play The Fox [Theater]. I think about that sometimes, like what if that was the first Day Wave show in Oakland? I think we’re still a few years away from that.”

If Day Wave continues at its current pace, it may not be as many years as Phillips thinks. With a debut full-length album on the horizon and a rapidly growing fan base, the man behind Day Wave may soon need to dream even bigger.