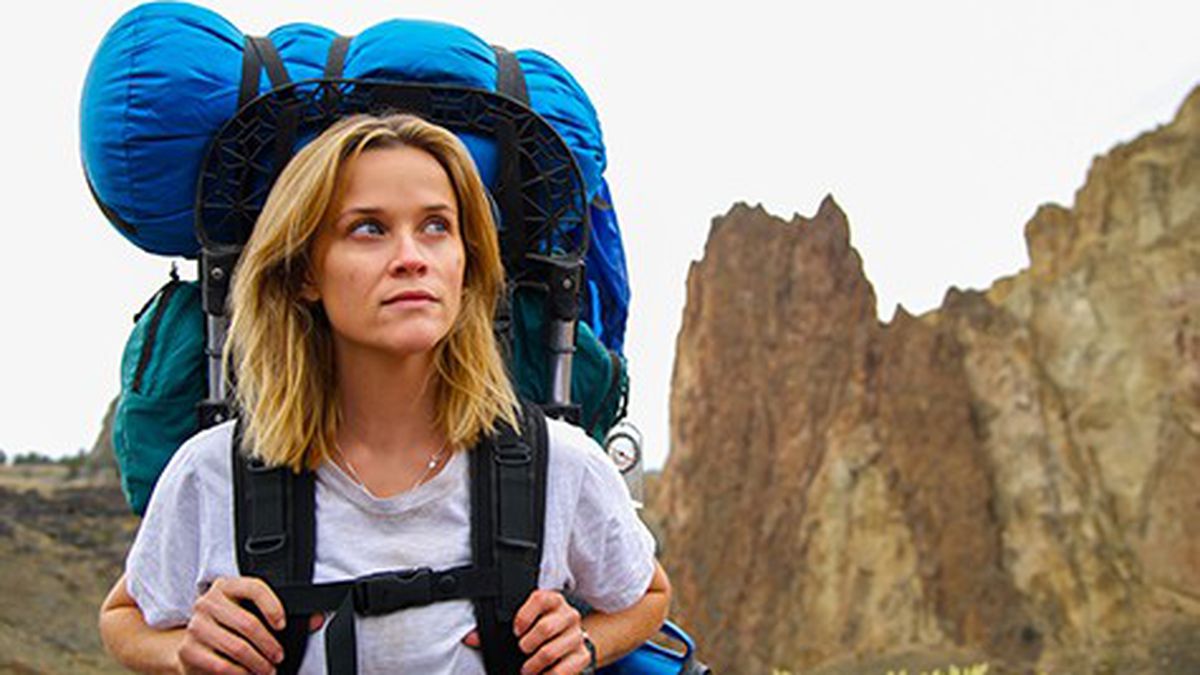 There’s something about a cinematic road trip that circulates the juices, stirs the pheromones, and prods the imagination to soar above everyday predicaments and blaze a brand new pathway. Take The Motorcycle Diaries, Two Lane Blacktop, Hideous Kinky, The Way, Crystal Fairy and the Magic Cactus, or even We’re the Millers. Pow! Suddenly we’re somewhere else entirely. Now combine that physical exhilaration with the proto-bohemian philosophical wanderlust of On the Road or Into the Wild. Boing! Instant enlightenment in the middle of nowhere.

That’s where we’re heading with Jean-Marc Vallée’s Wild, the road journal of a woman who hikes the mountainous 1,100-mile Pacific Crest Trail from the Mexican border to Canada in order to learn something about herself. The woman, author Cheryl Strayed (played by Reese Witherspoon), successfully reaches her destination. The film almost does.

The real-life Strayed is an avowed feminist as well as the author of novels and self-help books. Her memoir Wild: From Lost to Found on the Pacific Coast Trail — adapted for the screen by novelist/screenwriter Nick Hornby (About a Boy, Fever Pitch) — has as much to do with Strayed’s own rather checkered backstory as it does with the trek, but as writers from Chaucer to Kerouac have demonstrated, the personal often dovetails into the universal along the way, in the eye of the beholder.

The solo expedition begins in 1995, as Cheryl (Witherspoon) is recovering from a failed marriage, heroin addiction, an unplanned pregnancy, and, ahem, a poetry class. In other words, she’s a fertile field for self-discovery. All the while, in flashbacks, Cheryl revisits the past with visions of her late mother Bobbi (Laura Dern, adding to her catalog of salt-of-the-earth characters), who had it tough all her life.

It’s one thing to decide to get away from it all and take a long hike, but quite another to backpack more than a thousand miles of desolate country alone. Accidents happen. Cheryl brings along a laughable assortment of unnecessary items, but it’s the people she meets along the PCT that open her eyes and prime the pump for experience: seasoned outdoors folk, poets, Deadhead hippies, reporter Jimmy Carter of the Hobo Times (Mo McRae), Amazing Ed (veteran character actor Cliff De Young), Spider (Kevin Michael Moore) and his friends, and especially a guy named Jonathan (Michael Huisman). Also a few wild animals (mostly benign) and a pair of ominous bow hunters (not so benign).

The stream of consciousness never stops flowing. From across the universe, Mom offers some advice: “You can put yourself in the way of beauty.” Remembering her, Cheryl breaks down after hearing “Red River Valley,” one of dozens of song fragments sprinkled into the big, chewy, boho brownie. “What if I was never redeemed?” Cheryl wonders. “What if I already was?”

Admittedly, Wild contains story devices that reek of the candy-ass. Oprah Winfrey loved the book, but so did actress Witherspoon (she optioned the book and is on board as a producer), who breathes life into the character in unexpected ways. Witherspoon and Dern can take an ordinary scenario and make it seem like the Bhagavad Gita, and director Vallée (Dallas Buyers Club) has a nice feel for happenstance — how the unplanned can change your life one afternoon in Ashland, Oregon. The scenery, shot on location in Oregon and Washington, places Cheryl’s awakening in the ideal setting, and the passing parade of faces does the rest. Wild takes us places and introduces us to people just like us, only different. It’s a trip worth taking.