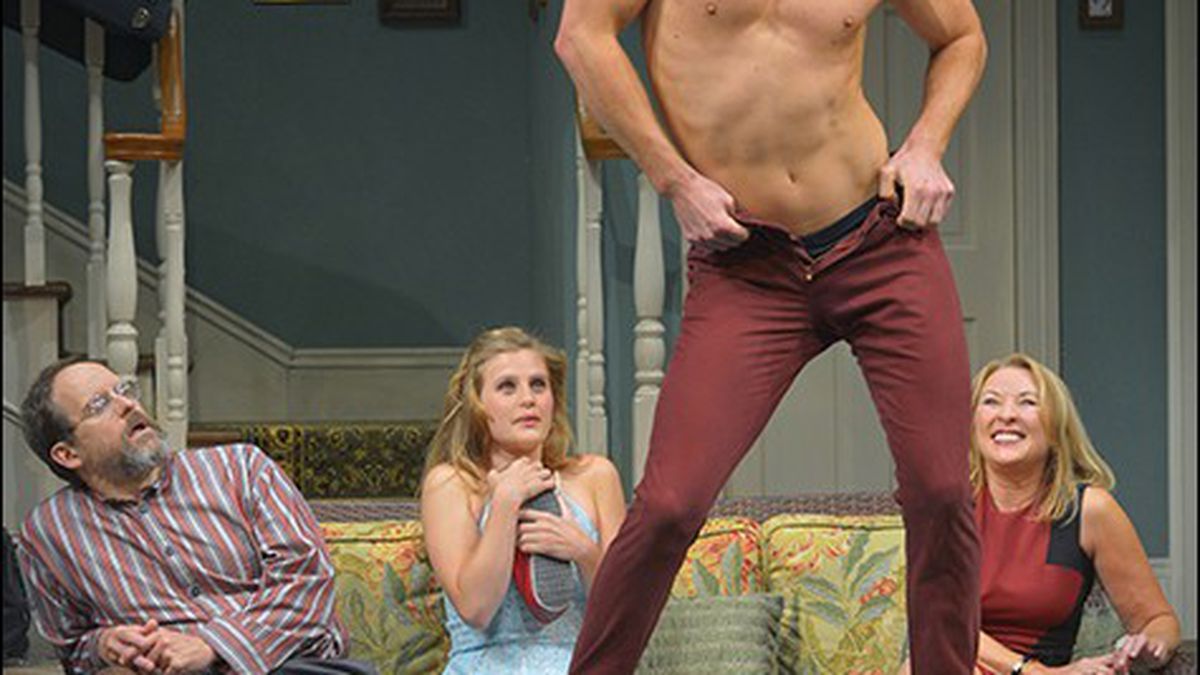 Review: ‘Vanya and Sonia and Masha and Spike’ at Berkeley Rep

Who knew Chekhovian theater could be this funny?

It’s not surprising that Vanya and Sonia and Masha and Spike won a 2013 Tony Award for Best Play. Written by Christopher Durang (Sister Mary Ignatius Explains It All for You and The Marriage of Bette and Boo) and playing at Berkeley Rep through October 25, Vanya is a comedic powerhouse furnished with emotional depth and a self-effacing screwball-ness that makes its nearly three-hour run fly by. There’s so much to praise about this show. Let’s start with how it’s not really about Chekhov at all. Thank goodness. The government is still shut down, wildfires have blown smoke all over us, and, frankly, I think we can all use a little laughter, which the works of Debbie Downervich rarely ever provide. What Durang does instead, with the help of superb direction from Richard E.T. White and a bangin’ cast, is take the high art of theater (with classical Greek allusions and everything) and themes of loss and familial dysfunction (Chekhov’s specialty), and blend them with amusing anecdotes and broad, physical humor until they’re distilled into a palatable, fermented beverage that we can all enjoy far less guiltily than those fake Cronuts that are popping up everywhere.

The plot and setup will be familiar to those of you who didn’t sleep through your Russian studies class freshman year of college. Vanya takes place in a rural farmhouse in Bucks County, Pennsylvania and involves three middle-aged siblings. Vanya (Anthony Fusco) is a quietly droll gay man, who lives with Sonia (Sharon Lockwood), his depressed, adopted sister in the house they grew up in and have lived in since their professor parents died (who, incidentally, named their children after the most miserable Chekhov characters). They spend their days quietly stewing in the regrets of dreams unfulfilled, and hoping a blue heron that lived near their pond will once again turn up. Masha (Lorri Holt) is the sibling who left the nest and became a famous movie star with her roles in Sexy Killer I through V. She comes back to her hometown to attend a party, sell the house, and to introduce Spike (Mark Junek), her twentysomething stud, who is far better at taking his pants off than he is at acting, which is his would-be profession (he almost landed a role in Entourage 2, he tells us again and again). While Vanya and Sonia lament the lives they never had, Masha, too, despite her rampant egotism, reels from the shock of middle age, as her career dwindles. Meanwhile, the housekeeper Cassandra (Heather Alicia Simms) keeps predicting the future and is ignored, much like her Greek namesake. Her mish-mashed soothsaying — “Beware Hootie Pie!” — yields some of the most uproarious moments. Masha’s appearance at the farm also brings Nina (the charming Caroline Kaplan), a young, aspiring actress and neighbor, who serves as a kind of upbeat, emotional fluffer to the whims of her depressed elders and the man-child Spike.

In addition to the abundance of regret-tinged hilarity, there is much meta-ness to delight in as well, and not just all the references to Chekhov. The one aspect of the show that seemed out of place was Vanya’s ten-minute tirade, during which he bemoans the loss of the shared culture of the Fifties and how the insufferable tweeting and texting is ruining ALL THE THINGS. He gives the speech after lambasting Spike for texting during the staging of his play about global warming. While some of his ire seemed justified (down with all the Instagrammed pictures of coffee foam!), his outburst was a bit too rambly in the otherwise tight and cohesive script. But maybe that’s just my Twitterfied ADD talking.

The second half of the play is not as poppy as the first, but there are plenty of aura jokes, Snow White voodoo, and repeats of Sonia’s delightful Maggie Smith impersonation to sustain audience-goers through the latter part of the rather threadbare plot, which can be summed up thusly: Sad people go to a costume party. Afterward, everything changes, mostly for the better.

The contemporary anxieties and self-pity that plague the central characters are brilliantly mined by Durang’s sharp rejoinders, and made all the better by the uptick of hope and acceptance at the end. At the core of every Big Question the play poses — Has my life gone unlived? Is this all we have to look forward to? Are second chances possible? — also lies a punchline, which allows Durang to capture modern malaise with such startling aplomb. It’s a great theatrical mixtape, a combination of light and dark, serious and silly, slapstick and deadpan. Life is complex, after all. The blue heron, we are led to believe, will indeed come tomorrow.

Facebook
Twitter
Previous articleGot a Complaint or Comment About the 51 Bus Line? Come to These Meetings:
Next articleWednesday Must Reads: Obama to Nominate UC Berkeley Prof to Run the Fed; California’s Response to Obamacare Called “Phenomenal”
18,632FansLike
0FollowersFollow
67,429FollowersFollow

Letters for the week of Nov. 28