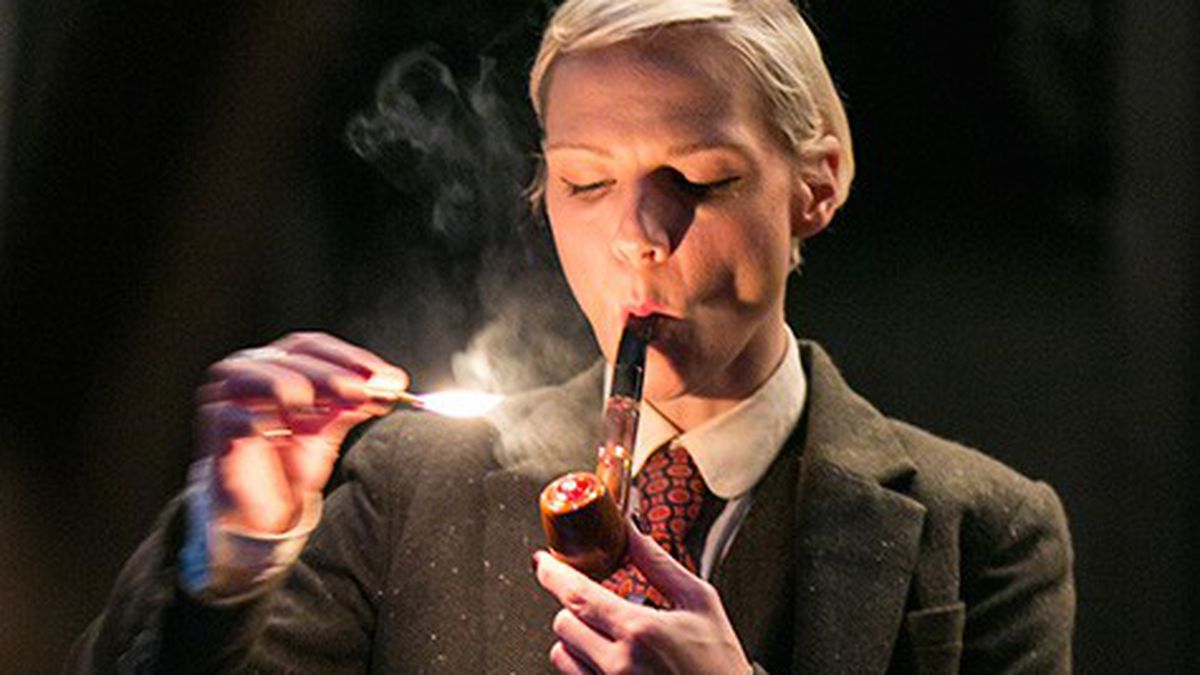 It’s always been de rigueur to adapt theatrical productions in order to suit modern audiences — Shakespeare is probably the most obvious example of works rendered again and again in our own image, but also Candide at Douglas Morrisson and last week’s A Christmas Carol, which Jeff Garrett turned into a one-man show by playing all the parts. Another such play that is frequently adapted is Thornton Wilder’s Pulitzer Prize-winning 1938 production Our Town.

Wilder’s tale of life and death in a quaint, fictional town — Grover’s Corners, New Hampshire — is a tremendously popular play to produce (Director Susannah Martin remarks in the program that “Literally, somewhere in the world that is not here, a group of people are performing this play, right now.”) Granted, usually it’s high school theaters who are doing most of the producing, but still.

There are lots of reasons why Wilder’s play, which takes place in turn-of-the-century New England, might resist modern adaptations: It’s hella folksy, the dialogue seems like it was lifted right out of a Leave It To Beaver episode, Grover’s Corners has no crime, and, save for one drunk choir director (Christopher W. White, a real highlight), everyone seems to be just about the down-rightest folk you’ll ever meet, by golly. All these elements make for great insurance infomercials, but great theater? And yet, and yet! Shotgun’s cast and crew pulls it off.

The plot of Our Town is often described as “simple.” It involves the goings-on of townsfolk in Grover’s Corner, with two families at its center: The Gibbs family and the Webb family. Steering the action of the play is a Stage Manager (the delightful Madeline H.D. Brown), who acts as narrator, interacts with the audience, and fills several small roles throughout.

The pulse of the play is a love story between George Gibbs (Josh Schell) and Emily Webb (El Beh), children of their neighboring parents, who eventually get married, have kids, and then, well, let’s just say the ending is no fairy tale.

With Our Town, Wilder — who once lived in Berkeley — set out to change the conventions of theater in his time. As he wrote in the 1920s: “I began to feel that theater was not only inadequate, it was evasive; it did not wish to draw upon its deeper potentialities.” To counter this evasiveness, Wilder demanded that Our Town be free of a set, scenery, and props — except for a table and chairs, or, in a few scenes, a ladder that stands in for an upstairs bedroom. “When you emphasize place in theater,” Wilder continued, “you drag down and limit and harness time to it. … Under such production methods the characters are all dead before the action starts.”

The removal of said conventions, which can sometimes be distracting (See my review of Delicate Particle Logic), worked well in Our Town, whose fourth wall-breakage and audience interactions made for some of the funniest moments. And in removing the invisible barrier between audience and performer, an unusual kind of intimacy was allowed to form. You never knew when someone sitting next to you might pop up and join the play.

Its unconventional setup also allowed a rare glimpse into the raw hearts and minds of people — the thwarted dreams, the sorrows both ordinary and extraordinary, the revelations and ecstatic wonders. While a play detailing the triumphs and tragedies of small town America could quite easily veer into the realm of hokeyness, Shotgun avoids this pitfall — in part because of its exemplary cast, whose sincerity is a refreshing force in the face of the usual snarkfest we encounter in our day-to-day lives. I also appreciated Shotgun’s decision to make the town of Grover’s Corner racially diverse, as opposed to the usual white bread composition of New England. Adding to the play’s originality is the soundscapes (by sound designer Theodore J.H. Hulsker) and the live music, which was created by indie-rock duo The Bengsons (you may have seen their rock opera Hundred Days at Z Space in San Francisco).

Our Town, in the end, is a rumination on the themes that we find most humbling and terrifying — life, death, and love — but also, as Wilder put it, “It is an attempt to find a value above all price for the smallest events in our daily life.”