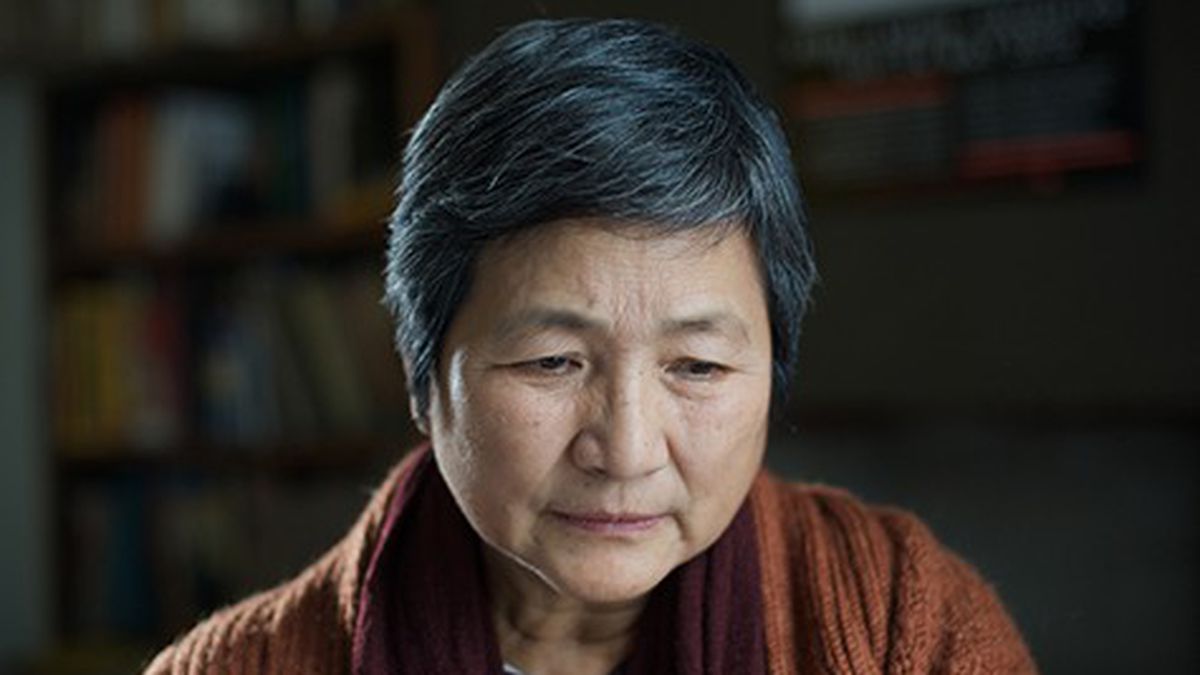 The dead man’s bereaved mother and his lover don’t really know each other because Kai, shown in flashback, never got around to introducing them, out of filial guilt combined with fear of rejection. So Junn, who doesn’t speak a word of English after years living in England (“What other country can offer free medical care and clean drinking water?” she inquires rhetorically in Mandarin), spends much of her time in her room at a senior living facility conducting imaginary chats with her lost son. She’s a classic clinging mother, guilt-tripping her son beyond the grave.

When the grief-stricken Richard comes to visit her, she rejects him. He then hires a translator named Vann (Naomi Christie), ostensibly to help Junn with her new “English boyfriend” at the facility, but actually to begin Richard and Junn’s process of reaching out to each other over their common love for Kai, which is unspoken. Junn thinks Vann is Richard’s girlfriend and resents Richard for “getting in the way” of her living with her son, so there’s an urgent need for questions and answers.

It takes the entire 87-minute running time of the film to bridge the gap. Like Junn, we can’t wait to get out of the senior home and move around a little. Neither Whishaw nor Cheng do anything overtly objectionable, and Christie is a breath of fresh air amid the shame and jitters. It’s just that Khaou’s first feature film suffocates them, and the viewer, by cramping us all up together in essentially two stuffy locations. It delays the payoff well past the ennui threshold, too. Lilting stars wilting from its very first scene. That’s a problem.