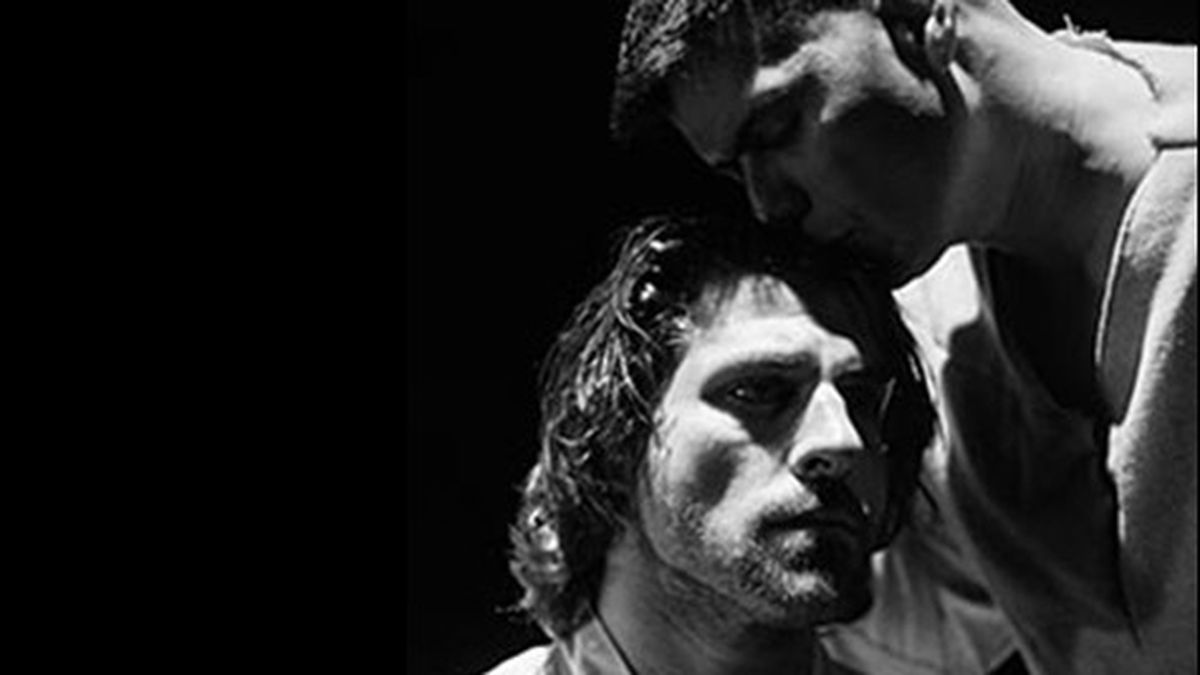 Regardless of your religious inclinations, it certainly feels like the world could use a savior right now. Mass shootings are happening with alarming frequency; natural disasters caused by climate change are destroying cities; CEOs earn 380 times more than the average worker, and on and on. Jesus Christ Superstar, a rock opera currently in production at Ohlone College, tells a fitting tale in our current climate of destruction, political stagnation, and the most obscene wage gap the world has ever known.

Director Michael Navarra takes the basic premise of the biblical story, which follows Jesus and his disciples to Jerusalem during the last week of Jesus’ life, and resurrects it in a grim and apocalyptic setting. It’s now 2033, the world is ravaged by war, nuclear destruction, famine, and water shortages, and is controlled by a new world order of corporate states, the Republic of Mercantile Executives (R.O.M.E.), as well as private armies from everyone’s favorite mercenary group, Blackwater. The people are oppressed and starving and looking for someone to come along and unfuck the situation. Cue the groovy bearded dude who is still the most-searched term on Google — not that that will save him.

For a community college production, this staging of Jesus Christ Superstar was damn impressive — glitzy but lucid, not falling into the camp arena, as other productions tend to — and so was its ability to pull off a fully realized musical before midterms. The final scene where (spoiler alert!) Jesus’ crucified body is carried out by his disciples was hauntingly evocative, and the ghostly lighting top-shelf. The crucifix itself was an ornate metal cage that worked well with the overall post-industrial-wasteland-burner vibe, and probably took a welding student all semester to make (give him/her an A!).

Despite the title, the actual superstar of the musical is Judas (Adam Fresquez), whose devotion, jealousy, traitorousness, and eventual suicide make up the bulk of the play’s conflict-ridden numbers. Fresquez took the mercurial Judas in stride, and though at times his vocals were drowned out by the music, his singing was buttery and polished. We weren’t the only ones to think so: A YouTube video of Fresquez’s musical proposal to his wife earned him a spot on a reality TV show on the CW Network.

Cliff McCormick plays Jesus, the histrionic son of God at his wits’ (and life’s) end. He’s got a lot of chips on his shoulder, being the Messiah and all, so don’t expect any calm or meekness from him. While it would be a particular challenge for a demure Jesus to really rock, at times it felt like he could have benefited from some anger management classes. But this also may have been due to the nature of the songs (there is very little dialogue in Jesus Christ Superstar). Many of Judas’ and Jesus’ numbers aren’t sung so much as screamed. That said, Jesus’ quieter solos allowed his humanity to shine through. When not emitting throaty Eddie Vedder-like cries, McCormick’s coos sounded like melted ice cream. “Poor Jerusalem” in particular gave me shivers. Other pipe props go to the lustrous Mary Magdalene (Stacey Lynn Bell), Pilate (Scott Dilorenzo), Caiaphas (Paul Heijn), and the unconventionally cast King Herod (Sabrina Strand), who is a brutish female executive.

Jesus Christ Superstar began as a concept album in the 1970s, which might explain why it doesn’t sound like a rock musical. “Composer Sir Andrew Lloyd Webber has about as much affinity for rock and roll as Liberace,” reviewer Michael Glitz once put it. Lloyd Webber (Cats, Phantom of the Opera) isn’t exactly known for his rock-pop cred, and this comes across in some of the hulking, arrhythmic numbers (“Blood Money,” “Peter’s Denial”). Tim Rice’s lyrics similarly feel stunted, like he’s trying to turn a court transcript into poetry. But, this isn’t to say that the folks behind the Ohlone College production of Jesus Christ Superstar are at fault — they aren’t. The clunky, flat-footedness lies with Lloyd Webber and Rice. To wit: “Show me there’s a reason for your wanting me to die,” Jesus sings to God shortly before he’s put in shackles. “You’re far too keen on where and how but not so hot on why.”

Keen? Hot? Really, Rice, you lyrical n00b. We dig you, man, but quit smoking the doob.

Using every inch of the stage, the cast members tumble, slide, crawl, and climb across every surface of the space with impressive athleticism, bringing a concert-esque energy to the performance. In a similar vein, however, the production’s later choreography felt a little too much like a pep rally — all high kicks and toothy smiles. It’s possible that the bloodthirsty proletariats were in fact that thrilled to see Jesus kick the can, but even then, some of the dance movements were a bit too chipper for a public execution.

While the musical might fall short of the divine, Jesus Christ Superstar‘s scrupulous staging and vocal aplomb may, like its martyred protagonist, make you rise up at the end.