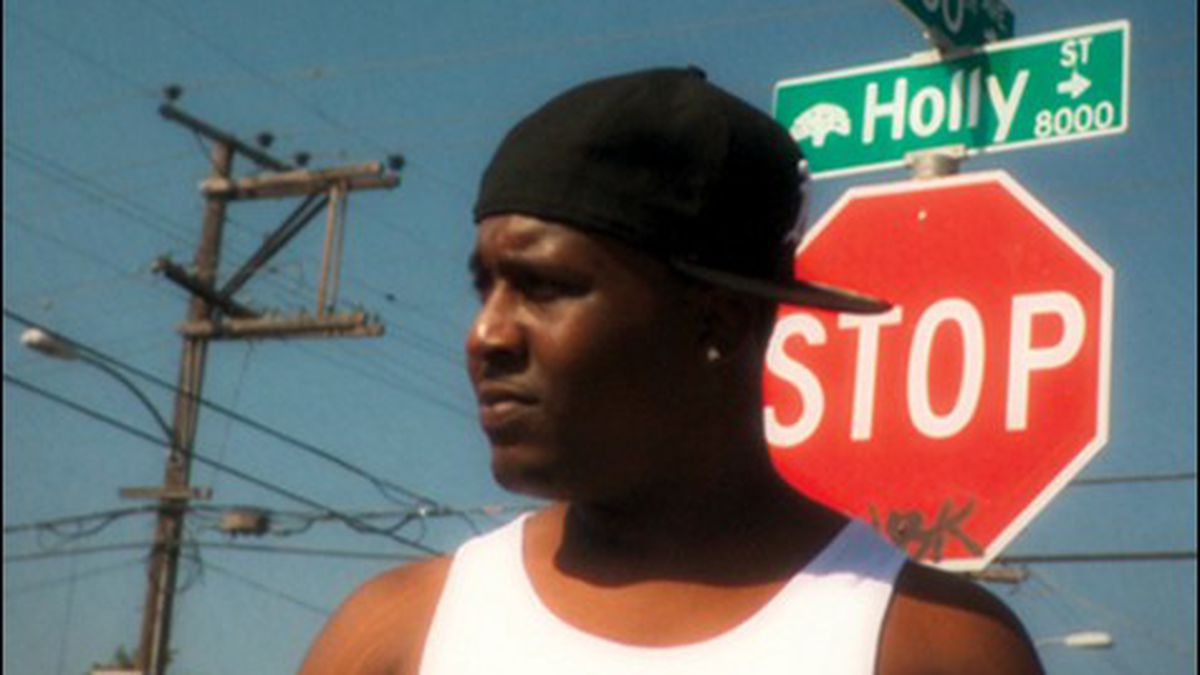 Return of the Eighties, Baby

Stevie Joe looks toward the future by dwelling in the past.

The 1980s occupy a prominent place in the mythos of hip-hop, stemming from the introduction of crack cocaine into America’s inner cities. According to East Oakland rapper Stevie Joe — born Steve Joel Moffett Jr. in 1980 — “We’re attracted to that Eighties era, because that was when everybody was getting money.” Dealer profits were far higher, he says, due to the greater volume of coke available, a claim given credence by the recent passage of the federal Fair Sentencing Act, reducing the still disproportionately high mandatory minimum sentences for selling crack, as opposed to powder. While crack remains an inner-city problem, the so-called “epidemic” is long over, leading some rappers born between 1980 and ’89 to wear their birthdates like a badge of honor.

The Eighties nostalgia in rap manifests itself in music as much as lyrics. Not that the songs evoke Run-DMC but rather, the sounds — from cheese keyboards to 808 claps — seem rooted in the days of skinny ties and high-top fades. No crew has pushed this sound harder than J. Stalin‘s vast coalition Livewire, to which Stevie Joe belongs. So it’s no surprise that he captures the zeitgeist with the title of his debut album, ’80s Baby (Livewire/SMC Recordings), which topped Rasputins’ rap chart the week of its release in September. Yet the title also refers to his native hood at 80th and Holly Street, where, during his dope-dealing days, he was nicknamed “The Block Statue,” due to his constant presence on the turf.

“Motherfuckers will call you out in the Town if you ain’t real,” Stevie said over a beer and a blunt at his spot in Alameda. “I’ve been out the game long enough for people to call me out, but you never hear that shit. You could hear someone say, ‘I’m the weakest rapper ever,’ but you’ll never hear anyone say, ‘He’s lyin, he didn’t do this or that.’ I ain’t saying I’m some big gangsta, but shit, I really did the shit.”

Stevie’s story is full of plot-twists. His early childhood took place in a suburban section of Oakland, where his mother and stepfather both worked on military bases. But this stability disappeared when his stepfather became addicted to crack in the mid-Eighties, as documented on “Black Eyes,” written when Stevie was still a teen.

“I saw my dad beat up my mom a lot, like it was a normal thing,” he recalled. “Right now my stepdad’s upset with me for some of the things I said [on the song], like I got too personal, but that’s what people want to hear.”

“That’s the reason I’m the way I am today,” he continued. “I don’t hit women, because I know how I felt when I was a kid and couldn’t do nothing about it. I used to think, ‘When I get older, I’m gonna really kill him.’ You get over it after a while because I love him, just like my mom accepted him and took him back because she loved him.”

Notwithstanding these difficulties, which eventually brought him to his mother’s native East Oakland, Stevie grew into a studious youngster, thriving academically through 11th grade, when he began to smoke weed.

“I started hanging with different people,” he admitted. “The smokers were the people who sold dope and I started seeing the money they made.” To keep him off the streets during his senior year, his mother sent him to live with his uncle, who happened to be NBA star Gary Payton. “I was on some Fresh Prince shit, from the ghetto to the mansion in one day.” Despite the material comforts, Stevie was largely left unsupervised due to Payton’s busy career. He finished high school without graduating. Busted at seventeen for selling weed, Stevie got a job at a coffee shop as a condition of his probation, writing raps in between whipping up lattes. During this pivotal year (1998) he met his wife, Shandra Shankle, and made his first professional recording with the Delinquents. The song was never released, temporarily discouraging his rap dreams. When Shandra became pregnant in 2000, Stevie opted to return to the streets.

“My cousins on 80th would never let me sell drugs over there when I was younger,” he said. Eventually they allowed him to sell weed so as not to disrupt the fierce pecking order on the block, though he gradually transitioned to selling rocks when his daughter was born in 2001, and Shandra was diagnosed with a rare blood disorder, ITP (Idiopathic thrombocytopenic purpura). He lived a double life, clocking six to ten hours a day on the block for the next several years, but also striving to be a hands-on parent, particularly as his wife’s health worsened.

“I used to take my daughter to school every day, do her homework with her, and go to PTA meetings, because my wife would be in the hospital a couple of weeks at a time,” he recalled. “I was trying to change the cycle — I wanted to make sure I was there for her.” Yet despite the demands on his time, he kept his rap dreams alive, eventually releasing his first track on Oakland Street Music (Hitta, 2005), a compilation headlined by up and coming emcee, Eddi Projex. That same year, however, he got arrested and placed on felony probation, the terms of which mandated he stay at least two hundred yards away from 80th Avenue. But the Block Statue wouldn’t budge.

“I’m in court with a bundle [of crack] on me like a dumbass,” he remembered. “I went right from there, straight to 8-0. For the next three years, nothing happened. Except I was more cautious. The neighbors knew I had a stay-away clause, so if the police come, I just walk in the house and nobody’d be surprised.”

As Bay Area rap began its hyphy-fueled renaissance, Stevie began building a buzz with his own mixtapes, Block Statue and Thuggy Fresh (both 2007), when a chance encounter brought him to the attention of Keak Da Sneak‘s manager, Dame Fame, who recognized his rap potential.

“That dude, he started harassing me,” Stevie laughed, admitting to not knowing what a manager was. “He was on my line every day. It was freakin’ me out, like, is this nigga trying to whack me or something?” Reaching an understanding, Dame introduced Stevie around the scene, getting him shows and verse features, but it took nearly a year before Fame could persuade him to dedicate himself to music full time. Yet even as he made the transition, tragedy struck. His wife succumbed to ITP in 2008, as he documents on the moving “Shan’s Song.” While it’s difficult to make money in Bay Area rap, Stevie remains firmly committed to his art.

“Dame used to say, giving 99 percent is like giving zero — you gotta give 100 percent to what you do,” Stevie said. “But sometimes you gotta figure out things for yourself. I’m all my daughter got as far as parents, so I don’t want her to be without another parent. On the block, I could get killed, or go to jail for a long time. So I said, ‘Fuck it, I’d rather be broke, make music, and be safe.’

“I don’t represent the ballas with the kilos and fancy jewelry,” he concluded, reflecting on the depth of experience that infuses ’80s Baby throughout. “I represent the dude with a half-ounce figuring out how he gonna pay his rent. All he’s got is the block, no paperwork, no job, no skills to get a job. That’s who I do it for.”