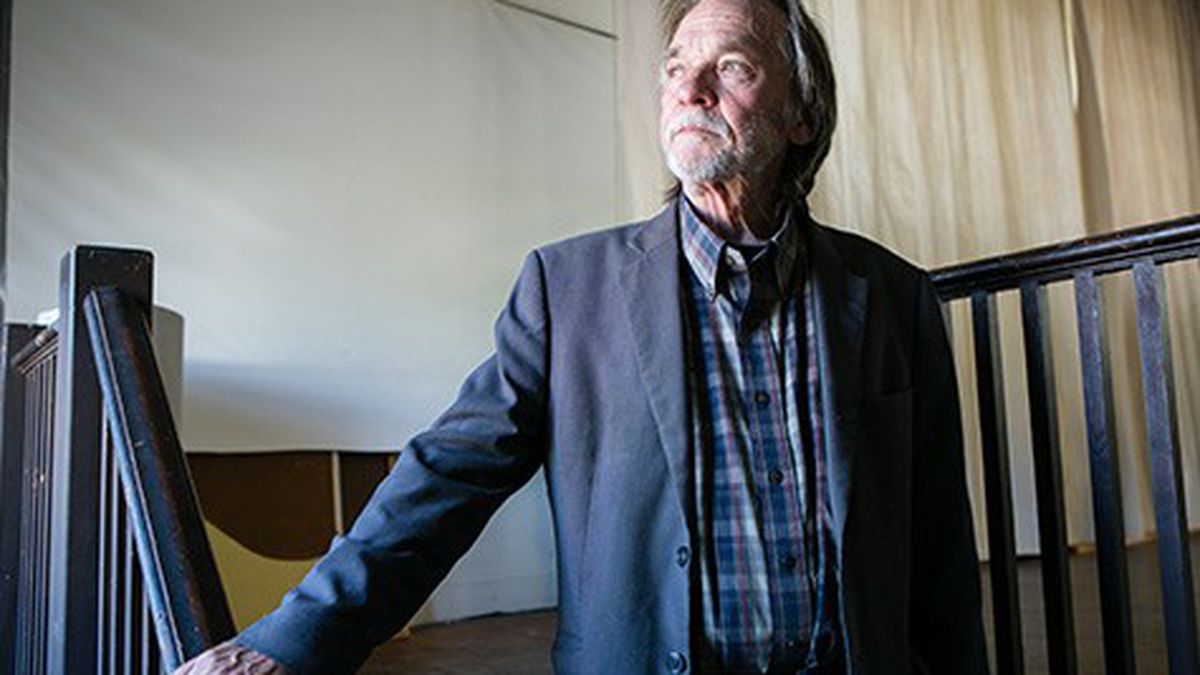 Relive the Famous Youth Rebellion of the 1960s

FSM explores the 50th anniversary of the Free Speech Movement at UC Berkeley as lived then and seen now.

In the fall of 1964, UC Berkeley administrators told students that they could no longer engage in political organizing at the entrance to campus. This directive sparked a massive backlash from student activists who refused to stop organizing and ultimately staged a sit-in on campus, launching what became known as the Free Speech Movement.

Lynne Hollander, then a UC Berkeley senior, remembers certain moments well — including the time a group of arrested students attempted to sing “We Shall Overcome” inside Santa Rita Jail. In a recent interview, Hollander, now 73, recalled the fear students experienced behind bars. “We were no longer facing this sort of liberal UC administration. We were facing cops with guns. That has a very different effect upon on you.”

In an upcoming theatrical production commemorating the fiftieth anniversary of the Free Speech Movement, Hollander will revisit the events of 1964 in a way she never has before — through the eyes of a UC Berkeley official whom students were up against decades earlier. Hollander will inhabit the role of then-Vice Chancellor Alex Sherriffs. Stagebridge, an Oakland-based nonprofit arts organization, is producing the musical production, called FSM, with performances at the Brava Theater Center in San Francisco this weekend and at Berkeley Repertory Theatre’s Thrust Stage the following weekend.

“If we do it well, it brings it all to life again,” said Hollander, an associate producer and historical consultant for the musical, and the widow of Mario Savio, a central leader in the protests. Even in the first workshops of the production, she said, “You had that same sense of standing up for this cause that you deeply believed in and feeling very triumphant.”

Stagebridge, a theater company that offers classes and performance opportunities for senior citizens, has been working on FSM for more than a year, developing the project in collaboration with Berkeley Rep and the Bay Area Playwrights Foundation. The co-composers and co-lyricists of the show are Daniel Savio, Mario Savio’s son, and Hollander, and Bruce Barthol, a Berkeley native who participated in the protests as a sixteen-year-old freshman.

The production features a cast of sixteen actors — a mix of older performers who lived through the events in some capacity and younger performers playing the parts of student activists. The story primarily takes place in the 1960s, but also includes scenes in the present day, featuring Free Speech alumni fifty years later. Actors take on multiple roles. Hollander, a Stagebridge company member, also plays a present-day graduate student activist, for example.

With the production reaching Bay Area audiences exactly fifty years after the protests first erupted, FSM is a unique way to honor the legacy of the free speech movement through a project guided by people who lived through the historic events, said Stagebridge executive director Marge Betley.

“It’s such a part of the identity of this region,” she said. “I hope that what audiences will get out of it is in some ways similar to what our participants get out of it. For people who were coming of age at that time, it’s a great way to look back … and for people who are younger, I think it will give them an insight into [the protests] that is richer and more complex than some of the stereotypes they may think of when they think of the Free Speech Movement.”

The story centers on real players in the conflict — including Mario Savio and then-UC president Clark Kerr — as well as composite and fictional characters. FSM playwright Joan Holden, a longtime writer with the San Francisco Mime Troupe, said she drew inspiration from focus groups she held with former student protesters. “The thing people said over and over again was, ‘We grew up.’ It was about busting loose from the university’s parental authority.”

Holden, who was raised in Berkeley, but was living in Paris during the protests, said that presenting the historical events in a theatrical setting was at times a daunting: “You fall in love with the history and you want to tell the audience everything you learned,” she said. “But you have to have imaginative freedom. … I feel a definite responsibility to the truth — not to every single literal fact.”

Daniel Savio added, “It is not in any way a Sixties nostalgia piece. … I especially hope that younger folks that are politically involved now will see themselves in these characters.”

The rehearsal process has been a learning experience for some of the performers, said Betley, noting that in the initial workshop, “Younger actors were able to get a first-person look at this through the eyes of people that were there when it happened. That was really exciting.”

This kind of inter-generational collaboration aligns with one of the main objectives of Stagebridge — “realizing the richness of the lives of older adults and what they still have to offer,” Betley said.

Stagebridge, which recently celebrated its 35th anniversary, works with hundreds of adults a year who take a wide range of theater classes, participate in outreach programs in local schools and senior centers, and perform in public shows and recitals. Participants are generally over the age of 50; currently, the oldest student is 97 years old.

Many of Stagebridge’s initiatives, such as the school outreach programs, are aimed at connecting young people to elders in creative settings. That’s why a project like FSM was such a good fit for the organization, Betley said: “It’s a great way for traditions and values and history to be passed down.”