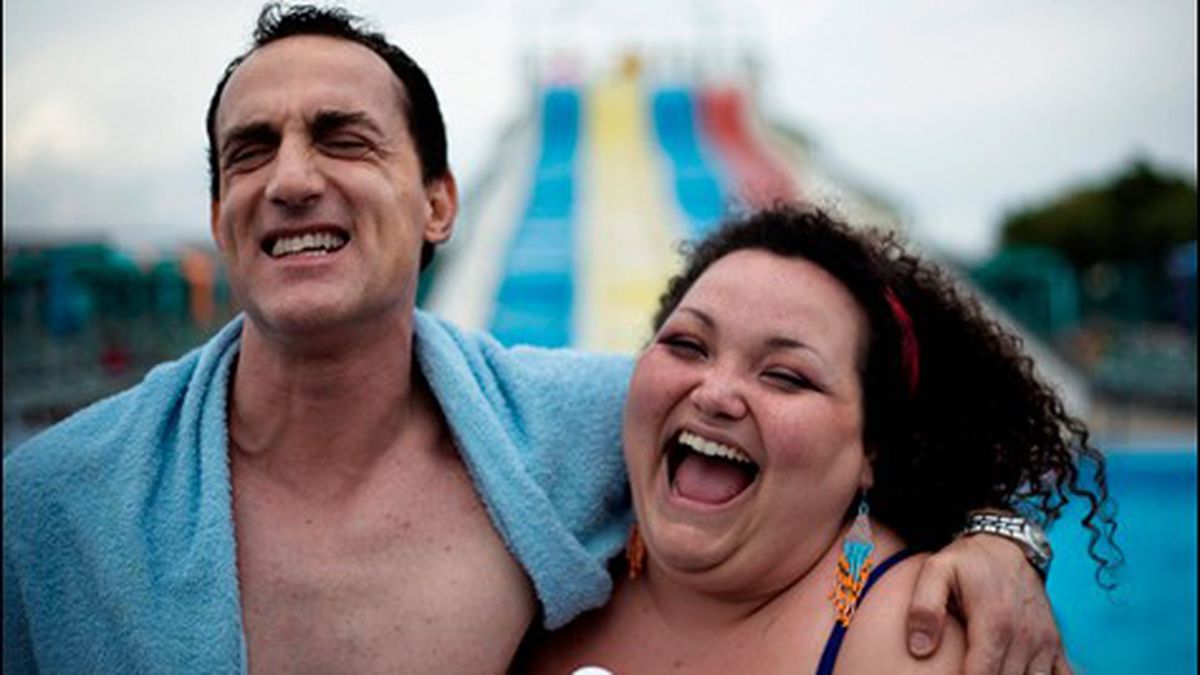 Matteo Garrone’s bitter 2008 crime travelogue Gomorrah told us more than we bargained for about corruption — not to mention illegal toxic-waste disposal — in contemporary Naples and the surrounding countryside of Campania, Italy. Director Garrone punctuated writer Roberto Saviano’s episodic narrative with an eerily casual violence that seemed to grow out of the polluted soil like a poisonous flower.

In his new film Reality, Garrone returns to the same turf with a tale that’s more whimsical than sinister, the follies of a Neapolitan fishmonger named Luciano (played by first-time actor Aniello Arena). Where the hoods in Gomorrah pumped bullets into their rivals for the sake of business, Luciano deals in dreams and schemes, the more far-fetched the better. He’s a hustler but basically a nice guy and a loving family man. But no strategic thinker.

When he’s not selling octopus, scampi, and codfish in the marketplace with his business partner Michele (Nando Paone), Luciano moonlights as a clown, most often in drag, at weddings or anywhere else he can get in. His Bag Lady character is a big hit, in his estimation, but his wife Maria (Loredana Simioli) and their kids are ambitious for the things they see on TV. They push Luciano to audition for a part in Grande Fratello, the Italian version of the reality game show Big Brother. Better he should have stuck with “our little trick,” the fish business, or his other racket, getting neighbors to buy “robot cookers” with a coupon and reselling them for a profit.

Luciano, Michele, and Maria operate in the classic Italian comedy-of-manners tradition that produced commedia dell’arte, the Southern high-jinks of Totó and his pal Peppino, and the anguished social comedies of Mario Monicelli. With help from writers Massimo Gaudioso, Ugo Chiti, and Maurizio Braucci, Garrone paints Luciano as a stressed-out everyman with a taste for self-delusion. Not only does he travel to Rome (Cinecittá Studios, no less) with his family for the show’s tryouts, but the idea of becoming a TV star slowly takes over his life. Obsessed with his imminent “success,” he stares at the tube all day and starts giving away his possessions to the poor and volunteering for social work at the church, hoping to make the right impression on the TV people, whom he sees everywhere, spying on him. Meanwhile, the fish business flounders. Maria thinks he’s gone nuts.

Through it all, keyed by composer Alexandre Desplat’s gorgeous musical score, we view this essentially pathetic tale through carnival-colored glasses, a feast of eye candy and the broad comic caterwauling that makes Naples unique. Rookie movie actor Arena, a master of double and triple takes, and the vivacious Simioli mesh well together. He’s from Mars, she’s from Torre del Greco, and their home is a niche in a cavernous, once-grandiose building worn by time. In his efforts to overcome working-class drudgery, Luciano escapes into TV land and disappears, but we don’t need to worry about him. He’s the star of his own myth.