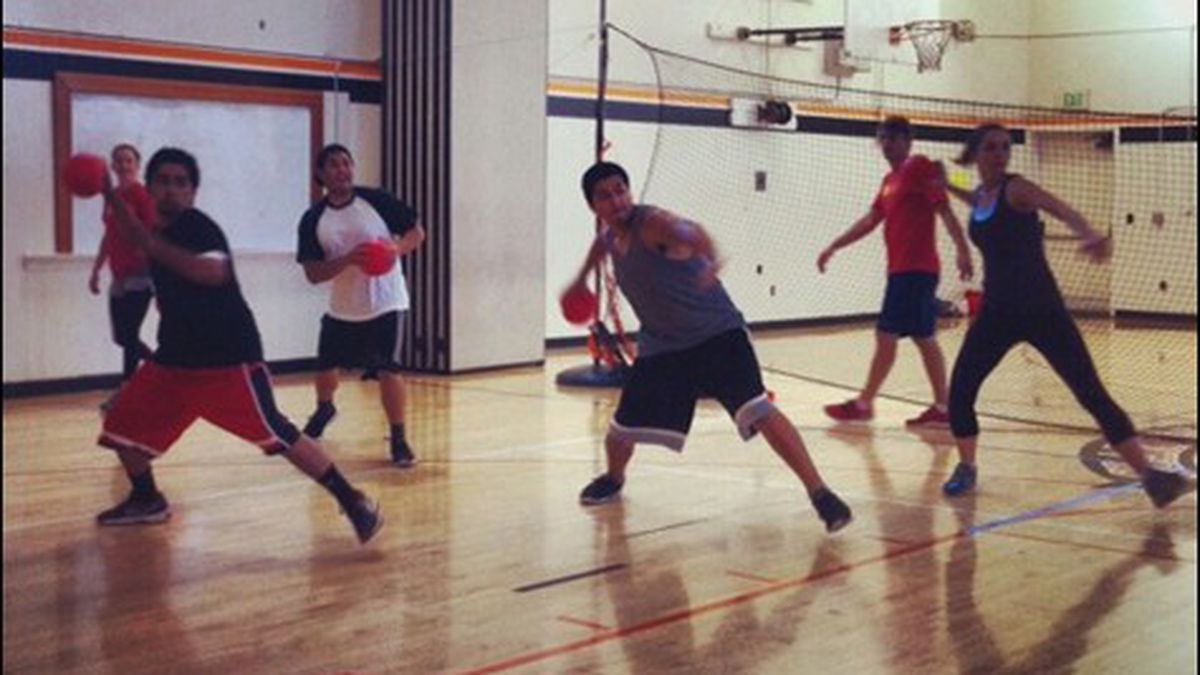 The Recreational Adult Dodgeball league is serious about its commitment to dodgeball, and cold brews.

Adam Howe loves organized sports: the sweat, the complexity of the team dynamic, and the competitive atmosphere. Best of all, however, the Pyramid Alehouse general manager loves grabbing a beer after all that is over.

Four and a half years ago, Howe moved to the East Bay from Boston, where he played a variety of adult intramural sports. While he enjoyed all of them, he said, dodgeball was by far the most popular. “It’s that game that everyone remembers playing as a kid. Regardless of whether or not you have fond memories of it, it’s loaded with nostalgia,” said Howe. “And once you get on the court as an adult, all that comes rushing back to you.”

The concept of an adult dodgeball league is certainly nothing new. Semi- to fully ironic iterations have sprung up across the country since the early 2000s, filling their ranks with, as one magazine article in 2004 put it, “backward-looking thirtysomethings.”

But for Howe and his three partners at the Recreational Adult Dodgeball league (RAD), the game is more than a punchline. So, after playing (and winning) in other leagues that weren’t quite as serious about dodgeball, they decided to start their own. “We decided we could do it just as well, if not better,” Howe said. “There was a lot of time in between and we just wanted to play dodgeball, you know? We can make it way more organized, but then still all go out for beers after the game’s over.”

Now, RAD is hosting open play every Thursday in June at Claremont Middle School (5750 College Ave., Oakland) before the start of an organized season in July. For those uninitiated in the delights of adult dodgeball, or who have slightly traumatic memories of trying to escape giant red balls hurtling from seemingly every direction, the open-play nights are a good way to ease into a sport that, on the surface, seems like it could get pretty intense with grown-ups involved.

Howe emphasizes that it’s usually not too crazy. One big modification, made particularly for the full-grown — and perhaps slightly more fragile-bodied — adults playing the game, is that RAD will play with no-sting balls. “This isn’t your kid-ball rubber,” Howe said. “It’s basically designed so you can throw them twice as hard and you’re half as likely to get hurt.” And while some people are bound to get competitive, the overall vibe is usually focused on just having fun. Plus, unlike in elementary school, after the game everyone can limp over to the nearest bar and enjoy one of the ice-cold benefits of adulthood. 7-9 p.m., $5. RADLeague.com