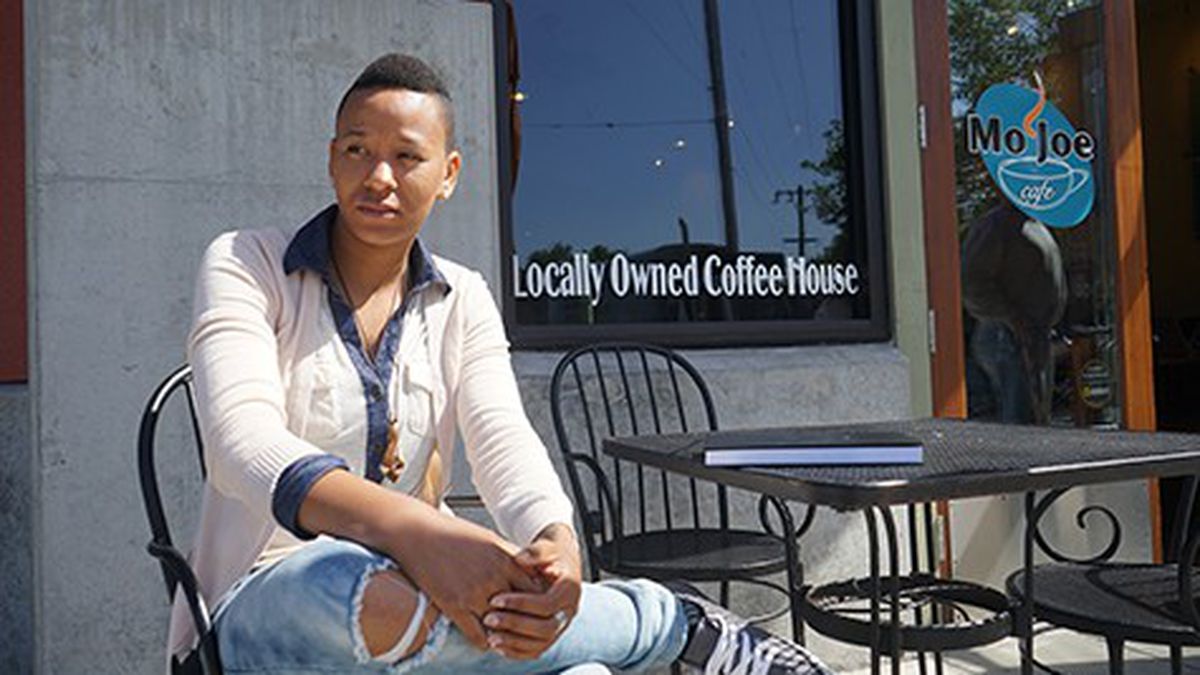 The East Bay artist uses music as a form of therapy, and her album Mental Mayhem illuminates some of the dark places she's been.

As a teenager in the mid-Aughts, rapper Imerald Brown performed under the name Imerald Bay and was known in East Bay’s underground music scene for her political lyricism, but more so, her party anthems. She participated in an Oakland nonprofit program for musically inclined young people called Youth Movement Records, and developed her skills alongside now-prominent East Bay musicians such as poetic street rapper Young Gully, R&B singer and producer 1-O.A.K., and bilingual hip-hop duo Los Rakas.

The music these artists made as high school students foreshadowed the work they’re known for now — though Brown’s evolution followed a less typical trajectory. In her early work, she rhymed about what appeared to be harmless drinking and partying. But over time, she began to struggle with dependency and depression. And after seeking help, the 28-year-old artist returned to music as a constructive outlet for her pain — and her latest album, Mental Mayhem, which she released last month, is sparking a dialogue about mental health issues in the hip-hop community.

Jenay Imerald Brown sat in a café on Sacramento Street in South Berkeley, a stone’s throw away from where she lived growing up. When asked about what sparked the recent evolution in her work, she pushed aside her bagel with lox and said, “My experiences growing up; pain; loss.” Brown added that, in the past, she was drinking to cope with trauma. Now, she now uses hip-hop as a positive outlet.

The artist said that because she had a rocky relationship with her mother growing up, she turned to writing and music as a way to express herself. “My mom was a Buddhist,” she said, noting that her childhood years were filled with religious ceremonies in community members’ houses. But despite her spiritual beliefs, her mother exhibited erratic behavior that culminated in flashes of verbal abuse. “One minute she’d be all about peace, the next minute she’d be yelling at me,” Brown said.

Brown’s father passed when she was 23, and her mother when she was 25. She is the youngest of four siblings, and while her two brothers have spent much of their lives incarcerated, she and her sister stay in contact.

The conflicting tales of peace and pain, and how those topics relate to mental health, are threads throughout Mental Mayhem. The album’s lead single, “Back and Forth,” is an up-tempo song with rapid hand claps and a wobbly bass line that talks about life’s dualities, such as attempting to appear happy when grappling with inner pain. It’s danceable and has a vibrant energy that translates well to a live performance, but its intensity contrasts with the rest of the album’s relaxed flow and jazzy sonic palette.

On the more laidback, confessional track “Don’t Tell Me Nothin’,” Brown rhymes transparently about her drinking habits and her family. “Reason Why” features a cold piano loop and motivational lyrics about being your own biggest competition. Meanwhile, the ominous, trap-influenced “Chaotic” contains insightful observations about the fraught relationship between communities and the police.

Although Brown’s music deals with some sobering themes, surprisingly, she said that she’s been turned down to perform at some shows because her music doesn’t fit the conscious hip-hop mold. Indeed, she’s the first to say that she’s not going to get on a soapbox and be political on every track. But by allowing herself to be candid and vulnerable in her lyrics, she’s using her work to defy the stigmas surrounding mental health issues — which is a powerful statement in and of itself.

Brown describes good mental health habits as “being clear mentally; being able to tell yourself good things; to not catastrophize the situation.” And with the assistance of an AA program, her devout spirituality, and her sheer determination, she has managed to stop drinking completely.

I asked Brown what message she wanted to share with the world. She quoted her lyrics from the track “Assume Too Soon”: We create our own boundaries and limitations/We need rules to feel comfortable. To overcome limitations — self-imposed or otherwise — she suggested: “Never give up. Stay persistent. And know that you are powerful,” a message that resonates throughout Mental Mayhem.