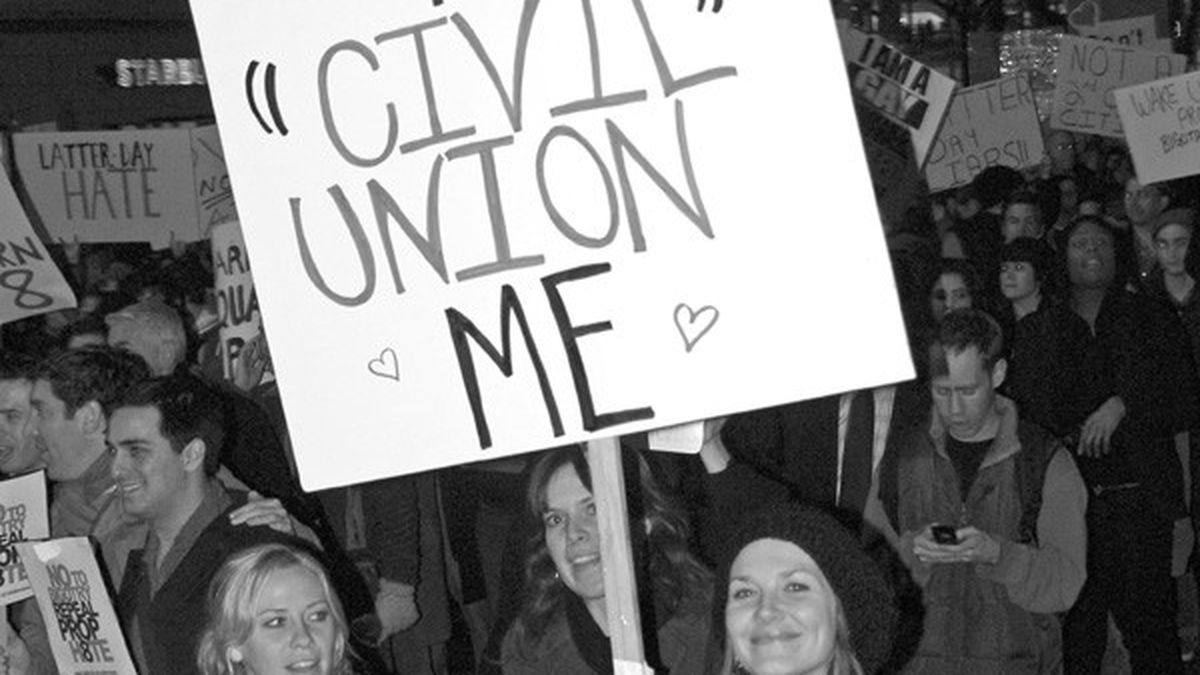 However, the Ninth Circuit's decision on gay marriage only applies to California.

When Berkeley residents Kristin Perry and Sandra Stier sued in federal court to overturn Proposition 8, there was strong hope that the case would ultimately lead to same-sex couples being allowed to marry in all fifty states. After all, one of Perry and Stier’s main attorneys was conservative scholar Theodore Olson, who had served as the US solicitor general in the Bush administration. Olson had argued and won numerous cases in front of the conservative-leaning US Supreme Court, and the belief was that if any lawyer in the country could sway the high court on the subject of same-sex marriage, it was Olson. Olson will likely still get his chance in front of the Supremes, but after Tuesday’s Ninth Circuit Court narrow ruling invalidating Prop 8, the sweeping changes that Perry, Stier, and gay rights advocates had originally hoped for appear to be no longer possible.

Nonetheless, the Ninth Circuit’s decision was still historic. It may ultimately lead to gays and lesbians being allowed to marry again in the Golden State. However, because the appellate court limited its decision to just California, the ruling will not apply to other states, and so the question of whether same-sex couples have a fundamental right to marry under the US Constitution will remain unanswered for now.

In a 2-1 decision, the Ninth Circuit ruled that it only needed to address the question of whether Prop 8 was unconstitutional as applied to California. The court said that it is. California is special and unlike other states, the court said, because same-sex couples had enjoyed the right to marry here for a short time before state voters approved Prop 8. As a result, Prop 8 is unconstitutional because it singled out gays and lesbians and stripped them of a right they already had. “Proposition 8 serves no purpose, and has no effect, other than to lessen the status and human dignity of gays and lesbians in California, and to officially reclassify their relationships and families as inferior to those of opposite-sex couples,” Justice Stephen Reinhardt wrote in the majority decision. “The Constitution simply does not allow for ‘laws of this sort.'”

In a nod to where the case is likely headed next, the Ninth Circuit quoted liberally and based its decision on a US Supreme Court ruling known as Romer. In that case, the high court overturned a Colorado measure that said that gays and lesbians should not be protected from discrimination. The Supreme Court said that citizen-sponsored initiatives may not strip minority groups of rights they already enjoyed. Moreover, the high court said that Coloradans passed the measure likely because they disapproved of gays and lesbians. The Ninth Circuit said Californians appeared to okay Prop 8 for the same invalid reason.

The Ninth Circuit three-judge panel also concluded that the arguments made by Prop 8 supporters were without merit. Prop 8 proponents had cited the importance of child rearing as one of the main reasons for why marriage should be the exclusive right of opposite-sex couples. But the Ninth Circuit noted that before and after Prop 8 was enacted same-sex couples were allowed to be parents and have children in California and so the proponents’ argument made no rational sense.

Prop 8 supporters are expected to appeal the decision to the US Supreme Court. In fact, the Ninth Circuit justices seemed well aware of that fact and appeared to fashion their decision — by relying on Romer and narrowly tailoring the ruling to California — in such a way as to not be overturned.

In what could well be one of the more significant consequences of the Occupy Wall Street movement, Berkeley may become one of the first cities in the country to pull its assets out of a major bank — in this case, Wells Fargo — as a response to its role in the financial meltdown.

The city council unanimously decided to review the feasibility of transferring its $300 million or so in assets from the bank to either a local bank or a credit union, and whether an institution of that size would be able to handle the banking transactions required of a medium-size city.

The Oakland City Council spared Children’s Fairyland and the Oakland Zoo from budget cuts last week, but went ahead with layoffs, eliminating 105 jobs and letting 80 workers go. The council was forced to cut $28 million from the city’s budget because of the elimination of redevelopment. City Administrator Deanna Santana had originally proposed to slash funding to Fairyland and the zoo, but the council avoided those cuts through a series of budget maneuvers that includes the sale of a former fire station. … Judges issued stay-away orders to twelve Occupy Oakland protesters, telling them that they must remain at least 300 yards away from City Hall. The stay-away orders came as a result of the January 28 violent confrontation with police in which protesters broke into City Hall and vandalized it. Four of the twelve protesters are also charged with felony crimes, while the other eight are charged with misdemeanors. … Howard Jordan is Oakland’s new police chief now that Oakland Mayor Jean Quan has removed “interim” from his title. Quan and Santana also appointed Teresa Reed, an assistant fire chief in San Jose, to be Oakland’s new fire chief. Reed, an Oakland resident, is the first woman to lead the department. Reed and Santana worked together in San Jose before Santana came to Oakland last year. … The City of Berkeley has filed a lawsuit against Ken Sarachan, the owner of Rasputin Music, in order to seize the empty lot he owns at the corner of Haste and Telegraph. The city says Sarachan owes $640,000 in liens and interest. … State water officials are worried about the meager snowpack in the Sierra as Northern California continues to experience a bone-dry winter. The San Francisco Chronicle reported that measurements last week showed that the snowpack was only 37 percent of normal. … State regulators approved an opt-out program for PG&E’s SmartMeters, but opponents of the controversial devices decried the move because it requires residents to pay a $75 upfront fee and a $10 monthly penalty for using the old analog meters, the San Mercury News reported. PG&E and California Public Utilities Commission officials defended the program, saying that SmartMeter opponents should have to pay for the cost of employing meter readers. … The California High Speed Rail Authority used taxpayer funds to hire a lobbyist to influence legislators, the Mercury News reported. The authority defended the measure as a necessary expense, but even backers of high-speed rail questioned the propriety of using government money to lobby government officials. … And the Bay Citizen, an online-only news organization, is in merger talks with the Center for Investigative Reporting in Berkeley and California Watch, the Bay Citizen reported. Former Chronicle Editor Phil Bronstein is expected to run the new merged news organization if it happens. The Bay Citizen has lost numerous top-level executives in recent months, in addition to the death of its founder and chief benefactor, billionaire Warren Hellman.