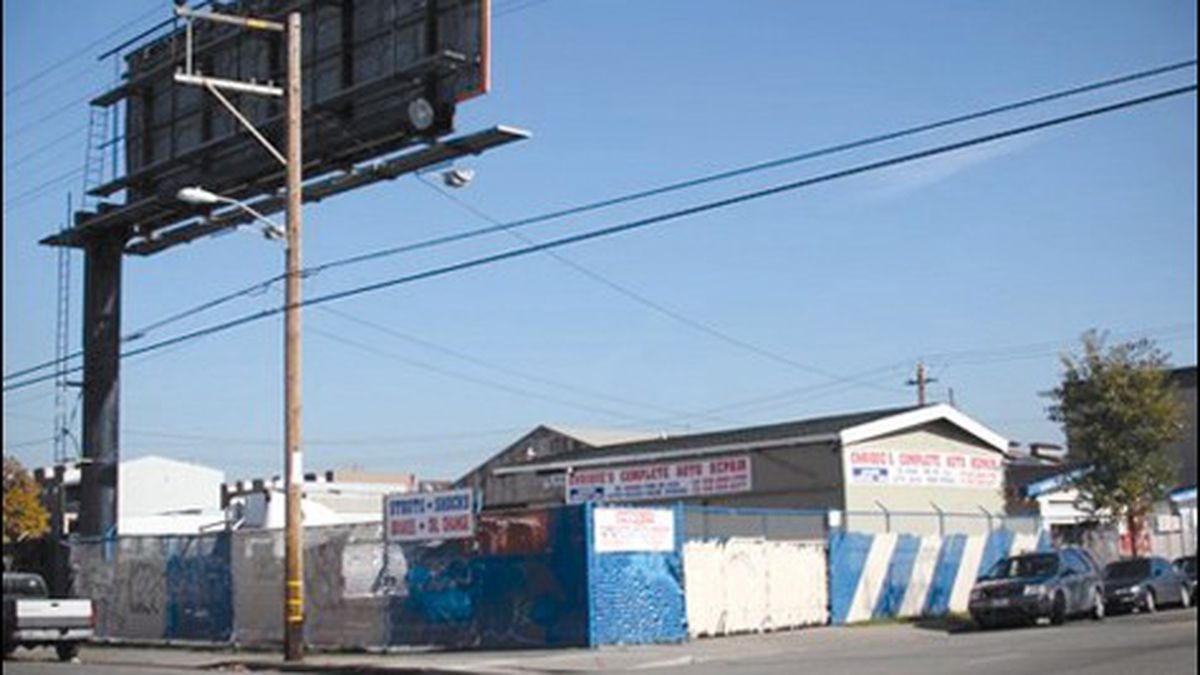 The owner of property that the city wants for a West Oakland supermarket has done well with eminent domain in the past.

Before the Oakland City Council voted to allow the use of eminent domain for a West Oakland supermarket, council president Jane Brunner issued a warning to her fellow council members and everyone else crowding the chambers: “We have over eighty speakers.”

One after another, concerned residents approached the microphone. “This is a land grab,” shouted the first speaker. “This depresses economic development,” a business leader added. The meeting lasted past midnight.

It had been four years since West Oakland’s last supermarket closed its doors, and a new one to serve the district’s 25,000 residents proved to be as elusive as an ATM on International Boulevard. But with Ohio supermarket chain Kroger drawing up plans for a 70,000 square-foot store on West Grand Avenue and Market Street, the city may have finally found its match. What the future of the development comes down to now is one property owner who has balked at the company’s offer for his land. Hence the council meeting, and the city’s controversial measure to allow eminent domain to acquire the land if the property owner and Kroger cannot negotiate a sale.

But conspicuously absent from the October meeting was the one person so many were concerned about — the man who stands to be the most immediately affected by a grocery store, and the one who could most effectively stand in its way. “Now, the, uh, property owner,” Brunner said. “Does anyone know his name?”

His name is Sang “Sunny” Hahn. And if anyone should know about the impact eminent domain has on business owners, Hahn would. This would not be the first time the city has taken his property. In fact, if history is any indication, he just may want to go through eminent domain again.

Just four years ago, he and his older brother, Alex Hahn, wrapped up an eminent domain settlement for a parking lot of theirs on Telegraph Avenue for $1 million more than its assessed value. And a decade earlier, they made out almost as well when the city bought their ailing Acorn shopping center in West Oakland.

Their fortune with the Telegraph property goes against the folk wisdom that eminent domain is a blunt government tool that deals a heavy blow to locals. That perception resonates loudly in West Oakland, where entire neighborhoods of blacks, Chicanos, and others were uprooted as recently as the 1970s to make way for the Nimitz Freeway, BART, and the Oakland Main Post Office. Despite an obligation to fairly compensate residents and businesses, eminent domain in America’s urban neighborhoods has been associated with “slum removal” projects that history showed only added to long-lasting blight and segregation.

Given this history, it’s no wonder that the 2005 US Supreme Court ruling that said government can use eminent domain to transfer property from one private entity to another for economic development drew such ire. Or that so many Oakland residents and business leaders reacted to its possible use with fear at the October council meeting.

Yet the property owner so many speakers were standing up for at the meeting is neither a resident nor a business operator of West Oakland. And he is hardly as pitiable that their pleas for “fairness” would lead one to believe. Before showering Sang Hahn with sympathy for facing the prospect of eminent domain, take a look at his experience with it.

Hahn’s family has been in the business of owning property in Oakland for decades. Their acquisitions are scattered throughout the city: parking lots in Uptown, ¼ Lb. Giant Burgers in the Dimond, the long-disputed Kwik Way burger joint by the Grand Lake Theater. The list goes on.

So it’s not too much of a coincidence that this is not the first time their property has found itself in the way of city interests. For seven years, the Hahns owned a corner of 20th Street and Telegraph Avenue, where their tenants included a surface parking lot and a billboard.

But in 2005, what had been a desolate area was now on the edge of the city’s largest development project. To develop the Uptown apartment complex, the city decided, it would have to relocate the Sears Tire Repair shop to the Hahns’ property.

Unable to reach a settlement with the owners, the city filed an eminent domain action against Sang Hahn, hiring an independent appraiser to determine the land’s market value in order to provide the “just compensation” that such a procedure requires. But Hahn balked at the $1.6 million value reached.

The family’s lawyers then successfully fought to take the suit out of Alameda County, and after 28 months of litigation, settled on a price for the property that was 61 percent higher than the original assessment, records show. In the end, the family received more than three times what it paid for the land in 1998. “We were satisfied with it,” said David Roth, Sang Hahn’s lawyer.

It also apparently wasn’t the first time that Hahn emerged satisfied from a deal with the city. In 1996, the Acorn Shopping Center, a retail center at Market and 7th streets, now called the Jack London Gateway, was not providing the successful grocery store that was expected of it. So in an attempt to resurrect the ailing retail space for that purpose, Oakland spent nearly $3 million in federal money to buy the property. The sellers? None other than Alex and Sang Hahn. According to a news account from the time, the purchase price was nearly $1 million more than the city’s appraiser said it was worth.

Hahn did not respond to several requests, through Roth, for an interview for this story. Like at the October council meeting, Roth spoke on his behalf. Roth said his client is asking $2.8 million from Kroger, which is twice what the company offered earlier this year. He said negotiations are ongoing.

Still, eminent domain could very well be the path his Market and West Grand property will take. Hahn also appears to be angling for another big payday. In October, he told the San Francisco Chronicle that the $1.4 million Kroger offered to him was less than he paid for it, but the same week the Oakland Tribune quoted him saying he paid $1.35 million — a price that matches records in the Alameda County Assessor’s Office.

Hahn’s West Oakland land, however, is by no means a prime piece of real estate. Moreover, his record for keeping up his property appears to be mixed. There are two auto shops, a motorcycle club, car wash, and truck repair on the property. On a recent afternoon, an old mattress and chunks of concrete were strewn across the sidewalk. Arturo Serrato, who has run a truck repair business on the west side of the block since 1997, said he hasn’t he hasn’t seen any change since Hahn became his landlord. “Just the rent,” he said, which doubled, according to him. But Christian Aguirre of the tire repair shop said Hahn reimbursed him for $9,000 in sewer work. Regardless, both business owners said they wished they had heard about the grocery store negotiations from Hahn himself, who has been quiet about it.

Patrick Lane of the city’s Community and Economic Development Agency said that if Hahn and Kroger can’t reach a deal, “and we have to go to eminent domain, it’s a fairly long process.” A legal proceeding between the city and Sang Hahn could delay a supermarket in West Oakland for years, Lane said. “Or prevent it.”

Yet despite the conflict between Hahn and Kroger and the city, West Oaklanders finally have an alternative to buying food from corner stores. After just three months of planning, and with little fanfare, West Oakland businessman Ed Hemmat and thirteen employees filled the shelves of an old Safeway building on San Pablo Avenue and 23rd Street with cheap fresh produce and dry goods in November. Business at the 20,000 square-foot ProducePro, Hemmat said, “has been just great.”

The Art of Memory

Summary of a Bad Black Movie