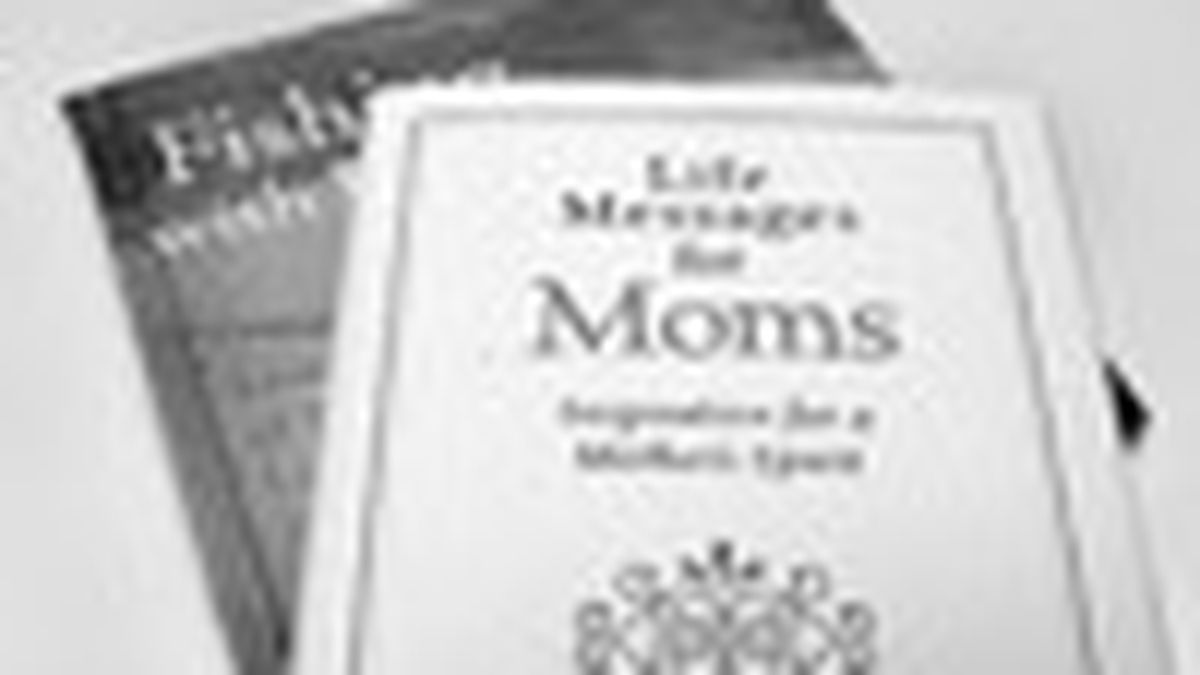 They're the literary equivalent of Hallmark cards.

There’s a book in your house and you’ve never read it. It’s quite pretty to look at and perhaps you’ve thumbed through it on occasion, but it’s just as likely that, after the five minutes or so in which it first came into your possession, you have not.

The marketing term for these universally unread volumes is “gift books.” You know: usually small and slender with amazingly high production values, stuffed — or dotted — with what purports to be wisdom, in bite-size bits, tailored toward an imagined recipient who is a recent grad, a bride-to-be, a widow, a widower, a gardener, a traveler, pregnant, a woman, a man, a grandparent, or in possession of a certain species of animal, vegetable, or mineral.

While these literary equivalents of the Pet Rock do not exactly constitute a new genre, the development of the publishing and bookselling industries into a gladiatorial contest between massive oligarchal powerhouses has brought about a Golden Age of the Beautiful But Almost Virtually Useless Book.

Studies have shown that, given six to eight choices, consumers function well; faced with 35 options, however, we freeze up and don’t buy anything at all. Bad capitalist! Bad! Bad! The antidote: gift books. After all, wouldn’t you rather take five minutes snatching up a volume designed expressly for that expectant mother on your list than have to wander the aisles of a Barnes & Noble as big as a Zeppelin hangar? Gift books’ satiny covers, graced with pictures of babies or cats or baby cats, practically shout: “It’s the thought that counts!”

Since it’s so hard to believe that anyone actually reads these books — not the gift-giver and, sadly, probably not the recipient either — it is tempting to dismiss the entire genre (or, if you will, mini-industry) as a house of cards, a waste of paper, an insult to real writers and real readers everywhere. Even booksellers grudgingly concede this point. Asked where he files gift books, a clerk named Romo at Stacey’s Bookstore in San Francisco’s Financial District quips: “Under ‘C’ for ‘Crap.'”

Case in point — and possibly the first gift book ever read cover-to-cover in the history of mankind — is Wisdom for a High School Grad, a compendium of banalities vis-à-vis advice-for-eighteen-year-olds elicited from cultural movers and shakers ranging from Dick Cheney to John Travolta to Regis Philbin. The fact that Philbin is included in this anthology is a testament to the forest-destroying solicitation efforts of “author” Douglas Barry, a teenager himself.

In their honest efforts to offer sage advice, the politicians, CEOs, actors, and Philbins who responded to Barry’s query bit off more than they could chew with Polonius-like ruminations on life, the universe, and everything. It’s simply impossible to imagine any actual grad being pleased to receive or ever getting any use out of this book. Only one possible scenario exists: Give this to a young aspiring actor. If he or she can accept it and leaf through it with a convincing smile and kind words, stardom awaits.

If it’s difficult to envision the audience for Wisdom for a High School Grad, it’s damn near impossible to imagine who is supposed to read In Passing: Condolences and Complaints on Death, Dying and Related Disappointments. Its “author,” Jon Winokur, simply collected 168 pages of quotes about death and dying from sources as diverse as Tennessee Williams and the Torah. The average person would probably be more than a bit baffled by the gift of a compendium of quotes about death, and the notion of actually handing this at-best-lighthearted, at-worst-smarmy bagatelle to someone who’s experienced a real loss is beyond appalling.

Yet two dubious gift books do not an industry ruin. Like accordionists, good ones are out there, if you know where to look. The Peanuts Guide to Life is an updated, costlier version of Charles M. Schulz’ forty-year-old classic Happiness Is a Warm Puppy. At first glance it appears to be just a grab bag of inane Charlie Brown truisms such as “Life is like an ice cream cone … you have to learn to lick it.” But Schulz’ comic strip was always deeper than it looked, as you realize by the time Linus starts quoting John Ruskin.

Anyone hoping to channel Cliffy, the mailman from Cheers, could do worse than buying The World’s Worst: A Guide to the Most Disgusting, Hideous, Inept and Dangerous People, Places and Things on Earth by Mark Frauenfelder. Among other indispensable bits of knowledge, we learn that the olfactory emissions of the Corpse Flower can be whiffed from more than half a mile away, that lawn darts and eardrum-rupturing air guns are arguably the most dangerous toys of all-time, and that Harold von Braunhut — the brain behind Sea Monkeys — donated large amounts of money to Aryan Nations.

Finally, a book with as many words as Harpo Marx is Warning: Failure to Buy This Book Could Result in Death or Serious Injury by Nicole Recchia. This compilation of real — and real strange — warning signs is a stark but effective gallery of stick figures being electrocuted by cherry-picker trucks and by pile-drivers grazing power lines, losing legs to malfunctioning escalators, being twisted around lathes, crushed in various ways by forklifts, and, in one case, losing control of a wheelchair at the top of a steep incline and speeding toward an open-mouthed crocodile.

Like most of their ilk, all three of these are small enough to fit inside your sock, yet cost $12.95, 10.95, and $19.95 respectively. Now, isn’t the idea of a gift to give someone an item they’ll enjoy but wouldn’t buy themselves? If that wasn’t the idea, See’s Candy wouldn’t do much business, would it? If you’re dead set on giving a book to any person passing a milestone in life, rather than go for the literary version of a Hallmark card, a better and equally time-saving idea is to simply offer one of your own personal favorites.

Or an Alfa Romeo. After all, it is the thought that counts.