In her first book, Tender Points, Bay Area author Amy Berkowitz parses the reality of living with chronic pain that is constantly being discredited by men. 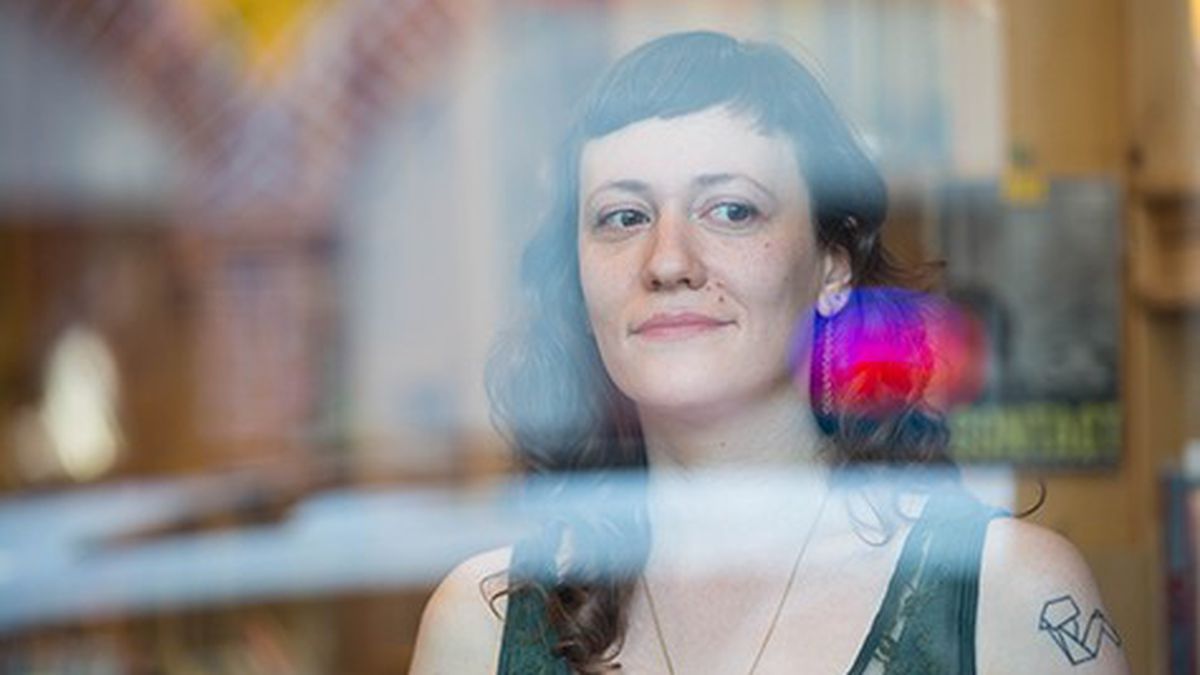 At one point in her life, Bay Area author Amy Berkowitz attended a lot of noise shows, mostly held in damp, concrete basements on the East Coast. That type of setting felt fittingly dire for the punishing sonic experiences they contained. During each set, she felt as if her life could be at stake. Years later, as Berkowitz sat down in a fancy cafe to write the first page of her first book, Tender Points, she wanted to be in one of those basements instead. “It’s that kind of anger and pain and visceral howling that needed to be happening,” she said in a recent interview.

For many people, the howl that makes up Tender Points will be everything they don’t want to hear. The autobiographical narrative details the author’s experiences as a woman living with fibromyalgia, but not in a simple way. It takes on the baggage of that experience without apprehension, addressing perceptions of illness, patriarchy within the healthcare system, trauma, rape culture, and the silencing of female voices throughout history. The tangle of unfairness is dense, but Berkowitz deals it out in small fragments that range from one paragraph to three pages. Gradually, they amass into a heavy and complex reality that will continue to weigh on readers well after they finish the book.

The cause of fibromyalgia is technically unknown. The primary symptom is chronic, widespread pain. In order to be diagnosed, a patient must feel pain in eleven of eighteen designated “tender points.” Berkowitz notes that up to 90 percent of people with fibromyalgia are women, and studies have estimated that more than half of those women have experienced childhood sexual abuse. But because there are no visible symptoms of the illness, doctors and others often question its legitimacy. Tender Points, which is being published by the Oakland-based press Timeless Infinite Light, includes Berkowitz’s experiences being openly doubted by male doctors, repeatedly refused short-term disability welfare, and denied understanding from employers. She also directly quotes comments from internet forums that express a hostile disbelief in the existence of her illness.

Through Tender Points, Berkowitz will teach you a lot that you likely didn’t know about fibromyalgia. She cites a number of academics that write about illness, disability, feminism, and history. Plus, she includes a range of pop culture references that illustrate the points she makes — from Teenage Mutant Ninja Turtles to Twin Peaks. But Berkowitz never attempts to depersonalize the story. Reading the 122-page book feels like lying down next to her and listening to her body ache as she clicks through forums, flips through books, listens to noise music, and engages in a lot of reflecting. It’s intensely intimate, almost overwhelmingly so, but it feels important the entire time. As Berkowitz recounts being raped, the trauma following that rape, and the chronic pain that it now causes her, her account is persistent, firm, and demands attention. She presses the reader like pressing on a bruise — she could let go when it starts to hurt but she only presses deeper, refusing to pretend that the pain isn’t there.

Berkowitz, a San Francisco resident, wrote the entire book in masculine drag in order to assert a sense of authority. “I’m aware of a certain home-team advantage and I will not dare write this in anything that can’t pass for straight masculine prose,” she wrote. She wields this plain, persistent expression of her pain as a form of resistance and demand for acknowledgment. “The problem with illness — and especially invisible illness, because it’s literally invisible — is that it’s silenced,” she said. “I think speaking about your personal experience of illness, especially if you’re a woman, is, whether or not you want it to be, a political act.”

Throughout the book, Berkowitz repeatedly references Kathleen Hanna, the feminist punk idol who also suffered from Lyme disease. In one early passage, Berkowitz notes that when Hanna went to a writing workshop with Kathy Acker before she was famous, Acker told her that if she actually wanted people to listen to what she had to say, then she should become a musician, because nobody really listens to writers. Berkowitz is very aware of her limits. But Tender Points constitutes a commanding performance — one that is impossible to ignore.

Next ArticleWednesday Must Reads: Peaceful Celebration Follows Warriors Win; Berkeley Balcony Deaths May Have Been Caused by Dry Rot