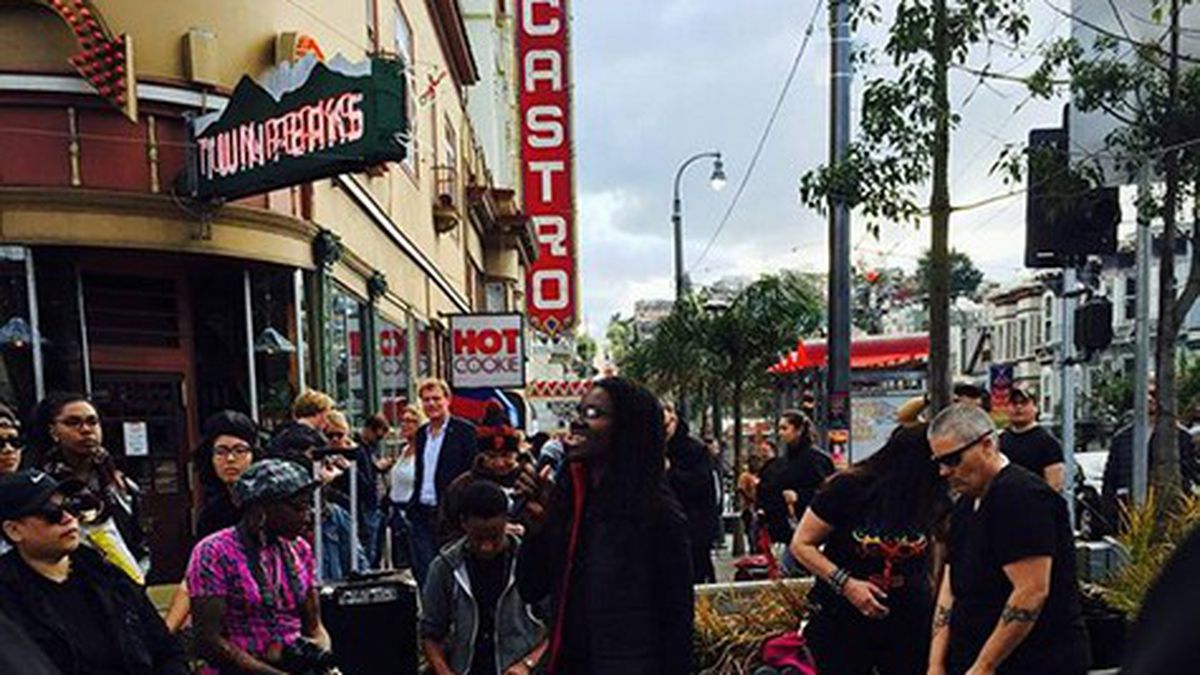 In the days leading up to Oakland Pride, the Revolve Festival will honor the creative power of Oakland's queer and trans community.

For the fourth year running, Pride in Oakland will be more than a parade. And next week, Spectrum Queer Media will once again host the Revolve Oakland Pride Creative Arts and Film Festival. The series of events will highlight the vitality of contributions by queer and trans people of color to the literary, performing, and visual arts from September 6 until September 12, in the days leading up to the annual Oakland Pride festival. Revolve producer Kin Folkz intends the celebration to be one at which the queer community can move and represent freely. “Where there aren’t any walls, where the music is thumping so loudly that people from miles around can hear that we’re present,” Kin Folkz described.

Revolve Pride Festival will put forth a week of offerings featuring a variety of artistic disciplines. “I started asking if the community would support an event series where we would have a chance to honor the fullness of who we are, as playwrights, choreographers, fashion designers, scientists,” said Kin Folkz on the festival’s origins. “When we celebrate Black history month, we don’t just celebrate one aspect.”

Each of the seven days of Revolve will begin with a focus on collective breathing exercises, both in name and in practice. As an explanation to why the theme of breath is threaded throughout the week, Kin Folkz brought up one of the focal points of the Black Lives Matter movement. “There have been instances of brutality in this country and in others where the very breath has been sapped out of us, without much concern,” said Kin Folkz, who is Black. “I felt that it was really important to remind people, every day, that our breath is precious.”

Day one of Revolve (Sunday, Sept. 6) will be called “Breathe Truth” and will feature a queer comedy show at Leo’s Music Club (5447 Telegraph Ave., Oakland) featuring the Grammy-nominated Sampson McCormick, who made history in 2013 as the first openly gay Black male comedian to headline Washington’s famous Howard Theatre. Karen Williams, well known for her emphasis on healing through laughter, will join McCormick in setting the stage for a week filled with unbounded creative expression.

Monday’s series of events, “Breathe Power,” will take place at the Humanist Hall (390 27th St., Oakland,) and feature an art exhibition and music festival commemorating “the fearless genius” of queer women. Local hip-hop artist and “Soulovely” party freestyle rapper Aima the Dreamer will perform, along with the Press Play Poets, and “sound healer” cellist Monica McIntyre. “Breathe Freedom,” a queer open mic emphasizing visibility, voice, and empowerment through storytelling, will open up to all art forms on Tuesday, also at Humanist Hall, from 6:30–8 p.m. That will be followed by a queer men-plus of color music festival, organized by local musician and Revolve “spiritual godmother” Blackberri, from 8–9 p.m.

Capturing the stories of the young, “Breathe Legacy,” a series of events on Wednesday, will honor LGBTQIA youth, including a special youth LGBTQIA film screening and an open-mic for young people to share their stories and artwork at Humanist Hall.

For “Breathe Passion” on Thursday, a free double-feature film screening will center on the theme of living openly as LGBTQ people through the movies Appropriate Behavior and Blackbird at Piedmont Theatre (4186 Piedmont Ave., Oakland).

And for the penultimate event of the Revolve Festival, “Breathe Justice” on Friday, there will be a digital art exhibit and open mic based on the proclamation that Black queer lives matter.

Finally, “Breathe!,” a fun run celebrating all the “super queeroes” on Saturday, just before Pride, encourage people of all abilities to unleash their inner super hero for a run (or stroll) around Lake Merritt. Beginning at Lake Merritt Amphitheater, the majority of the course is wheelchair-accessible, and volunteers will be stationed along the path. Later that day, a queer cruise will pick up attendees to coast along the Jack London Square Berth (1 Broadway, Oakland).

Discussing the “Breathe!” course, Kin Folkz expressed the most excitement about transforming into a “super queero.” “Mine would be Miss Major,” said Kin Folkz, referring to the famous trans activist of color, and sighing peacefully. “We [queer and trans people of color] should be main-staged, and the fact that Revolve is clear about that and intentional — it shouldn’t stand out, but it does.”