The city's long strange trip toward its first medical cannabis dispensary may be finally reaching its climax. 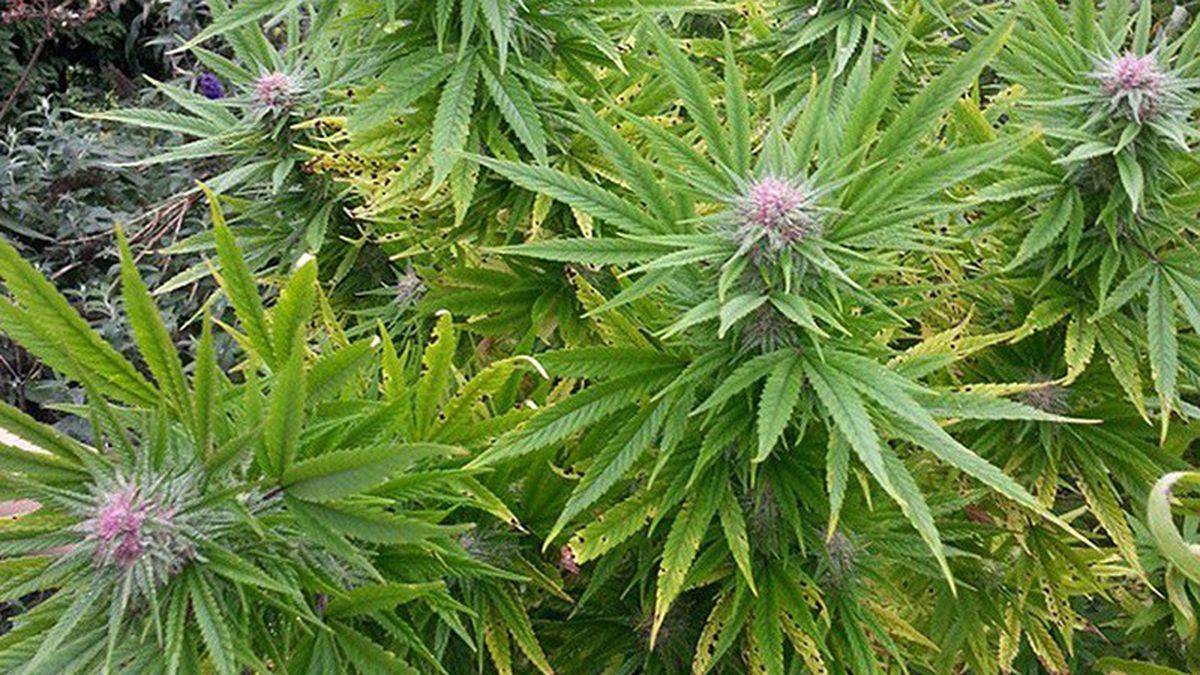 But not completely. The council decided in late 2013 that it would permit only one dispensary in the city. And the resulting competition for that single permit has attracted a number of strong and controversial applicants, including the country’s largest dispensary, one that was recently tied to a federal corruption case in Oakland, and an untested local bidder that has close connections to San Leandro’s political and business class.

Initially, fifteen applicants sought the permit. Then after three review phases, city staffers, with help from a consultant, whittled the list to six prospective bids. But the city has been in no hurry. “We’ve been very careful and cautious,” said San Leandro Assistant City Manager Eric Engelbart.

The vetting process was also hampered earlier this year, Engelbart said, when the California Department of Justice took five months to complete background checks on the initial set of applicants. And now, just as the city is nearing a conclusion of its search for its first dispensary operator, a pair of high-profile news reports in recent weeks focusing on two of the applicants is generating apprehension.

Last month, Dan Rush, a well known and now former representative for the United Food and Commercial Workers union, was indicted on corruption charges following an FBI investigation. Rush is alleged to have accepted a $600,000 bribe from Martin Kaufman, who is connected to the Oakland medical pot dispensary, BLUM Oakland; Kaufman was working with FBI agents to target Rush. The operators of BLUM are also bidding for San Leandro’s permit under the name of the San Leandro Community Collective.

Yet despite the negative press coverage, BLUM’s application may not be impacted by the indictment. According to Engelbart, the FBI contacted the city shortly after news of Rush’s indictment broke, wanting to talk about BLUM Oakland operator Kaufman’s involvement in the case. “They told us every element associated with Mr. Kaufman was done under FBI supervision,” Engelbart said. According to Engelbart, the FBI also said that Kaufman had no culpability in Rush’s indictment, and that the legal case shouldn’t impact the city’s decision regarding BLUM Oakland’s bid for the lone medical cannabis permit.

Several past and present officials of San Leandro who have been involved in the city’s recent history of denial of medical cannabis say Rush’s advocacy for a dispensary in San Leandro was pivotal in finally getting it approved three years later. “Dan Rush is one of the main reasons a dispensary in San Leandro was approved in the first place,” said Diana Souza, former San Leandro councilmember who was termed out of office last year and is an unpaid advisor for BLUM Oakland’s application in San Leandro. Rush was often a fixture at San Leandro Council meetings during the years-long debate over dispensaries. Following one community meeting on the issue in February 2013, Rush harangued San Leandro Councilmember Benny Lee, who, like Souza, had been a consistent opponent of dispensaries. Several times during public comment, Rush urged the council to approve dispensaries based on its medical benefits and potential for union membership.

Then, two weeks ago, Oakland’s Harborside Health Center, another applicant for the San Leandro dispensary permit, also made headlines when a federal appellate court ruled that the City of Oakland had no legal standing in its attempt to block federal prosecutors from shuttering Harborside through a forfeiture action. Oakland opposed the shutdown of Harborside, saying it would lose more than $1 million a year in tax revenue generated by the dispensary. While the court decision did not directly implicate Harborside in any illegal activities, the ruling further highlighted the disconnect between state and federal law regarding cannabis, along with the potential for a future federal raid of a dispensary in San Leandro and a similar forfeiture action there. In fact, in 2012, federal raids on dispensaries in Oakland led the San Leandro City Council to issue moratoriums for prospective applications for dispensaries.

Ironically, the turning point for dispensaries in San Leandro came in 2013 when some community members urged then-Mayor Stephen Cassidy and then-councilmember, now mayor, Pauline Cutter, to visit Harborside’s operations in Oakland. Both Cassidy and Cutter had been medical pot opponents. “It was very clear to me the council believed Harborside was organized crime,” said Gregg Daly, one of the group who lobbied Cassidy. Daly, a retired police officer who repeatedly urged the council to allow a dispensary in San Leandro, is also a patient who uses medical cannabis to alleviate pain he suffered after being hit by a car eight years ago. “I told the mayor and council to visit Harborside for themselves. It’s better run than the Rite Aid on the corner.”

After the visit, Cassidy pushed for one dispensary in San Leandro. And the fierce competition for that permit has fueled a substantial amount of back-biting among the applicants, including letters to the council that resemble opposition research in political campaigns. “There has been so much controversy over this permit,” said Souza, “just crazy stuff with all these accusations going around.”

Much of the politicization of the permitting process, however, has come from within San Leandro and not from outsiders.

For decades, the Davis Street Family Resource Center has aided the underprivileged in San Leandro and surrounding cities with food, healthcare, and various social services. The highly respected nonprofit has long been financially supported, in part, by grants from the city. In turn, it is also heavily connected to the city’s political establishment. Three years ago, founder Rose Padilla Johnson suggested to the Davis Street Board of Directors that an avenue for sustaining its work might come from entering the medical cannabis business.

Last January, Gordon Galvan, one of San Leandro’s most influential political insiders and current president of the Davis Street Board of Directors, presented Johnson with a proposal that would later lead to an application for San Leandro’s dispensary permit. The group, named the Davis Street Wellness Center, includes medical cannabis novices Johnson and Galvan, along with industry stalwarts, John Oram the co-founder of CW Analytical, a cannabis testing and certification laboratory, and Michael Nolin, who serves as the day-to-day operator of the Green Door dispensary in San Francisco and BLUM Oakland. In addition to Harborside, BLUM, and the Davis Street Wellness Center, other finalists for the permit are Oakland’s Magnolia Wellness Center, San Jose-based Purple Lotus Patient Center, and an applicant calling itself the Morning Sun Cooperative.

But it’s been the Davis Street Wellness Center that has employed full-court political pressure to gain support from various San Leandro leaders and power brokers, led by Galvan’s lobbying, which has received scorn from one rival applicant. During one of four community meetings organized by Harborside, its founder Steve DeAngelo, acknowledged Galvan’s advocacy without using his name. “We’re community-oriented. That’s how we’ve always been,” said DeAngelo. “Some other applicants are trying to use a lobbyist.” When asked later, DeAngelo confirmed that he was referring to Galvan. “I find it distasteful. We would almost rather lose than play that game,” he said. “We’re not trying to make a quick buck. This is the best possible proposal for San Leandro.”

In an interview, Galvan exuded confidence. “We have a compelling proposal,” he said. “I’m honored people are afraid we might get this permit. The fact is these things are very lucrative. We know that.”

Galvan said the addition of revenue from medical cannabis sales might allow Davis Street to wean itself from city subsidies. “We don’t want to go hat-in-hand to the state and city all the time,” said Galvan. Davis Street Wellness Center believes it can return $250,000 in community benefits back to the city through various nonprofits. Similarly, Harborside says it will pledge 5 percent of its annual revenues for the San Leandro dispensary, or about $350,000, for local health-related nonprofits.

The push by Galvan to convince San Leandro officials to select Davis Street has been aggressive. In early August, a community event touting the Davis Street proposal was programmed to occur at the same time as Harborside’s previously scheduled discussion across town. The Davis Street event was also heavily supported by members of the San Leandro Chamber of Commerce, which had opposed dispensaries in the past, but which also counts Galvan as a member of its board of directors.

In fact, the Davis Street bid appears to be leaving nothing to chance. For instance, Alameda County Supervisor Wilma Chan sent a letter on July 7 to the city on county letterhead in support of the Davis Street Wellness Center. In it, Chan called Johnson and Galvan “a force to be reckoned with and a force for good works in San Leandro.” A few weeks earlier, Chan’s 2016 state Senate campaign reported that it had received thousands of dollars in contributions from interests associated with the Davis Street Wellness Center’s cause just before Chan wrote her letter. Galvan Properties, LLC donated $1,000 to Chan’s campaign on June 29, according to finance reports. Bloom Innovations, which is the scientific and technical arm of the consortium involved in the Davis Street bid, added $1,000 on June 29, along with $225 from Johnson. In addition, Galvan’s consulting firm, Galvan & Associates, pitched in another $1,000 on March 20. The San Leandro Chamber of Commerce also contributed $1,000 in late June to Chan’s campaign.

That Galvan arouses suspicion among some in San Leandro is not surprising. Few have longer ties to the establishment than him — going back to his days as a San Leandro councilmember ending in 2001. “There’s no ‘the fix is in’ and ‘Gordon is getting paid’,” said Galvan. “If we lose, I go to the people from Harborside and say ‘How can we help?’ and I would hope they’ll do the same if it’s us.”