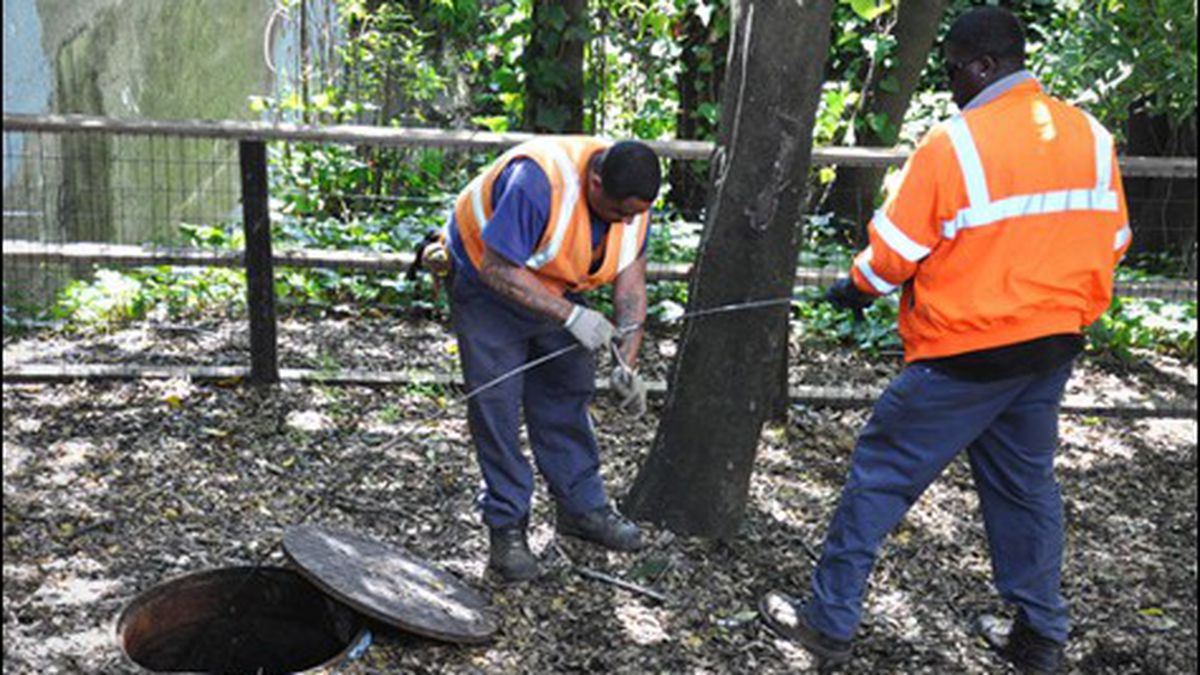 Pollution Plan Will Be Costly

East Bay cities have been fouling the bay with partially treated sewage for decades, but a new court settlement will be expensive to implement.

Most East Bay residents take their local sanitary systems for granted and don’t think twice about where the waste goes once it disappears down drains and toilets. But a group of state and federal water protection agencies contend that East Bay cities are polluting San Francisco Bay with untreated and partially treated sewage and have obtained a court agreement ordering the cities to make major repairs to their broken and aging sewer systems. The agreement, however, will be complex and costly for the cities involved.

The agreement stemmed from a lawsuit filed by the US Environmental Protection Agency, the US Department of Justice, the California Water Resources Control Board, and the environmental group San Francisco Baykeeper. They contended that Oakland, Berkeley, Albany, Emeryville, Alameda, Piedmont, and the Stege Sanitary District, which serves Kensington, El Cerrito, and the Richmond Annex, repeatedly violated the federal Clean Water Act. For example, during the 2010-11 rainy season, rainwater overwhelmed city sewer lines, forcing the East Bay Municipal Utility District to release more than 125 million gallons of undertreated sewage into the bay.

Baykeeper says the Bay Area is responsible for one-third of California’s sewage spills, which have been wreaking havoc on our waterways. “The untreated and undertreated sewage contains heavy metals, toxins, bacteria, and pathogens,” noted Jason Flanders, an attorney for San Francisco Baykeeper. “It directly affects fish and wildlife and people who use the bay for recreation.”

The lawsuit, however, was put on hold last month after all parties signed an agreement requiring the cities to assess and maintain their crumbling sewer systems and create plans to fix major problems. This is an interim solution; a final settlement is several years away.

Nonetheless, the interim agreement comes with a price tag that could force residents to pay higher sewer fees in the future. Data collection and reporting requirements, aren’t cheap, noted Andrew Clough, interim director of Berkeley’s Public Works Department. “It requires the development of a lot of plans; there will be new administrative costs,” he said. There’s a requirement to monitor the sewage flow and there likely will be new mandates for city testing of private sewer laterals that go from the house to the street. Clough said Berkeley has replaced about 70 percent of its aging sewers over the last 25 years and decreased overflows from 73 in 2008 to sixteen in 2010.

Berkeley’s sewer fund can pay for the additional work — but only for the next few years, Clough said. The city has taken in more money than it has paid out for its sewers and has built up a $16 million reserve in its sewer fund. The city’s 2011 biennial budget report attributes the balance to “deferred capital and maintenance projects, as well as savings generated by the city’s hiring freeze.” But Clough cautioned that new costs for work mandated by the EPA agreement will likely exceed the revenues by about $3.5 million per year and eventually deplete the positive fund balance.

UC Berkeley presents the city with a unique problem. The university is exempt from city taxes and fees. “We negotiated an agreement with UC for about $200,000 a year that we use for sanitary sewer or the storm water system,” Clough said. Asked whether the university pays its fair share, Clough said it’s hard to quantify.

Barbara Gilbert, a member of the citizen’s budget watchdog group Berkeley Budget SOS, says the university doesn’t pay the city adequately for services it receives. “Of course I’m upset,” she said. “They’re a huge landowner and they’re not paying their share.”

Oakland has spent about $200 million over the last twenty years, replacing about 25 percent of its sewers and cutting its overflows by half, according to Public Works Director Vitaly Troyan. To meet the new EPA requirements, Oakland began a three-year, 16-percent-per-year sewer fee increase this year. Homeowners are paying $25.80 per month in 2011; next year they’ll pay $29.93, and in 2013, they’ll pay $34.72. The fee appears on the East Bay MUD bill. The average Berkeley sewer bill is $24 a month and ranges up to $42.

The way the sewer system is supposed to work is that waste winds its way through miles of sewers, ending up at the East Bay MUD waste treatment plant near the foot of the Bay Bridge in Oakland and is discharged, pathogen free, into the bay.

In reality, much happens to interrupt the flow. “When there’s a blockage on the line, there’s a backup and sewage can overflow out of a manhole,” Flanders explained. The primary causes are tree roots that infiltrate the sewers and grease and fat that residents and restaurants pour into drains. (Troyan says all Oakland residents should dispose of their cooking oil in their yard-waste bins.) Monitoring the sewers, including examination of pipes with closed-circuit TV cameras, will be a key component of the planning required by the agreement.

Excess water overburdens the East Bay Municipal Utility District system, causing it to send sewage from the treatment facility to its three wet-weather overflow stations, which then discharge partially treated sewage into the bay. New EPA standards say partially treated sewage is unacceptable. Excess water enters the system through cracks or breaks in pipes and through illegal connections from rain gutters that feed into the sewer system.

Hugh Barroll, assistant regional counsel with the EPA, acknowledged that the cities have made important improvements upgrading their sewer infrastructure since the mid-Eighties. “But now we need to take it to the next level,” he said. During the next period, the cities are required to monitor their systems and collect data. “We’re trying to help them put their resources where they get the most benefit,” he explained. “When you have the data, you have a lot of bang for the buck — you can focus on the worst pipes.”

Homeowners, meanwhile, bear part of the responsibility for faulty sewers. Depending on the city, the homeowner is either responsible for the sewer lateral going from the home to the main sewer running down the middle of the street, as in Oakland, or from the home to the sidewalk, as in Berkeley.

Berkeley, Alameda, and Albany all have ordinances that require inspection and, when necessary, upgrades when the owner sells the home or when there’s more than $100,000 of work done on the home. Residents of other East Bay cities will soon fall under similar requirements of an ordinance passed by EBMUD, which will operate the program.

For environmentalists, it’s about protecting the bay and its ecosystem. “Treating waste safely is a basic function of our civilized society,” Flanders said. “When we flush, it needs to be handled appropriately.”

“The Truth Is, This Is Just not Something That’s Going to...