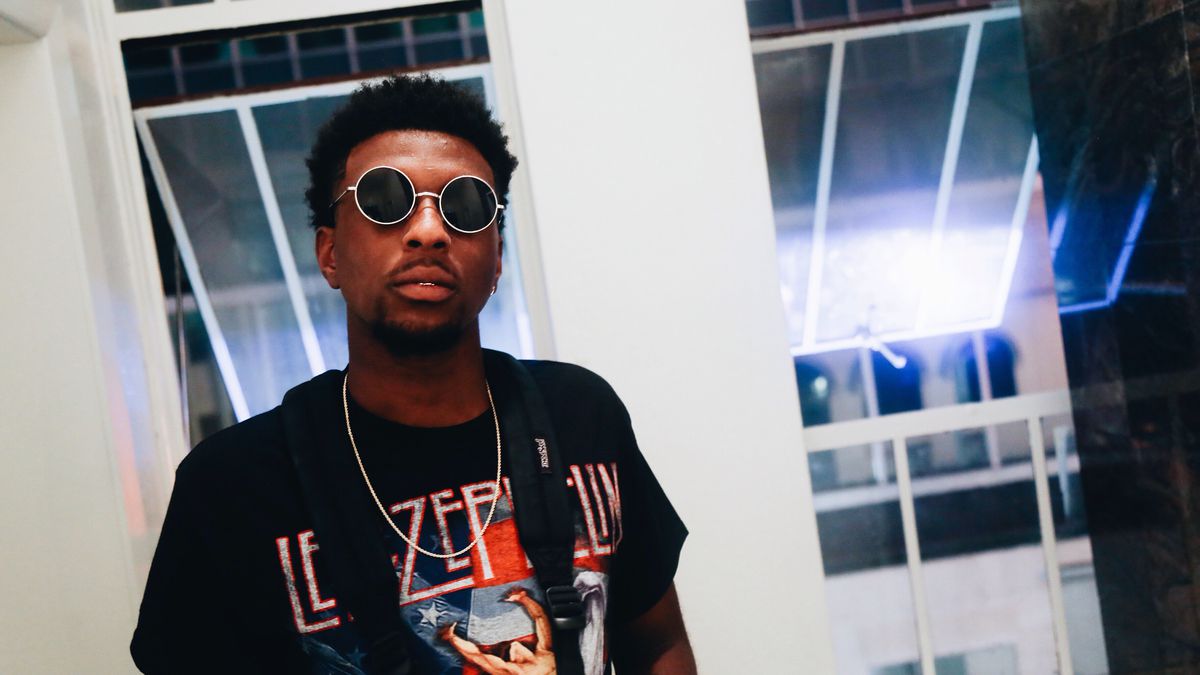 Pluto Mars is Ready for Take-Off

The up-and-coming Richmond rapper makes a strong debut with his off-kilter, melancholy party rap on No Place Like Space.

Last year was full of firsts for rapper Pluto Mars: his first mixtape, his first video, and even his first live performance. And as we approach the halfway mark of 2016, it seems that people are beginning to see the 21-year-old Richmond native’s potential. Sitting in his Pinole studio, I asked Pluto (Ryan Reynolds) what the experience has been like. He laughed, leaned back, and simply responded, “Fun.”

Indeed, Pluto’s debut mixtape, No Place Like Space — which he released last fall on SoundCloud through his music collective, Perfect Your Craft (PYC) — features fifteen tracks that champion youthful recklessness. Having a good time is the central theme of most of Pluto’s work, and he juxtaposes it with chopped-and-screwed-sounding beats with foreboding bass lines and warped keyboard melodies — and so much Auto-Tune that the tracks sound almost psychedelic. On his most recent single, “Green Tea,” Pluto’s melodic flow glides over a beat with kicking snares and piano fills reminiscent of Zaytoven’s dark trap production. The track’s undulating cadence makes listeners feel as if they’re surfing a wave.

The music video for “So Many Sins,” an earlier single with fellow PYC member Mill (Kyle Moore), has an impromptu feel. It was filmed last minute during a studio session and features hasty shots of the artists rolling blunts, jumping around ecstatically, and throwing their arms around each other with brotherly affection. The visual gives a sense of the collective’s fun-loving attitude, even while hard at work.

However, there’s a contrast between Pluto’s party-oriented lyrics and slow-paced, somewhat gloomy sound. And beneath his rhymes about turning up, throughout NPLS, he parses through the ups and downs of finding his way; his struggles with women; his musical ambitions; and grappling with others’ expectations of him.

Though he has only been releasing music over the course of the past year, Pluto has accumulated hundreds of thousands of plays on SoundCloud and caught the attention of more established East Bay artists, such as IAMSU, who has a guest verse on NPLS. “It’s a great feeling to see people enjoying the music that I’m putting out,” said Pluto. “It makes me want to go harder, and give them more content to enjoy.”

What started as just a hobby for Pluto has now turned into a passion, and he hopes it can blossom into a career. He first began making music in 2014 at the encouragement of PYC producer DTB (David Teel) when the latter was a student at Sonoma State University. During DTB’s trips home from college, the two began to collaborate and developed a rapport. When DTB returned to the East Bay, he invited Pluto to join PYC, which includes other young, up-and-coming artists such as R&B singer Samaria, whose latest work has been featured in national music publications such as The FADER.

When DTB asked him to be part of PYC, Pluto said he was taking classes at Contra Costa College but felt uninspired with school and was searching for his calling. “I was beginning to ponder the idea of me making music full time because it was one of the few things that was making me happy. So I just took a leap of faith,” he said.

Pluto said that by working with PYC, he’s put himself in a position to grow as a musician, as the members of the collective are as passionate about their own creative evolutions as they are about seeing each other improve. With in-house producers DTB, Mill, and Lawwi (Kaelin Lawson), Pluto said it’s hard to find him anywhere else but the studio these days.

“All the artists in PYC are relatively new to music,” said Pluto. “Like Mill and Lawwi, for example. They’ve both been making beats for only a year and they get better with each day. They’re just as eager to learn as me. We’re all growing at the same time.”

Over the past several months, the members of PYC have been gaining traction in the local music scene. Pluto attributes their momentum to the members’ mutual support. When it comes to the progress he’s made as an artist, he doesn’t hesitate to give credit to the people around him.

“We’re all putting a lot of time into our craft,” he said, adding that he plans to release several more singles and music videos this year in preparation for his next full-length body of work. “It’ll show in all our upcoming projects.”

Moshpit of the Dead