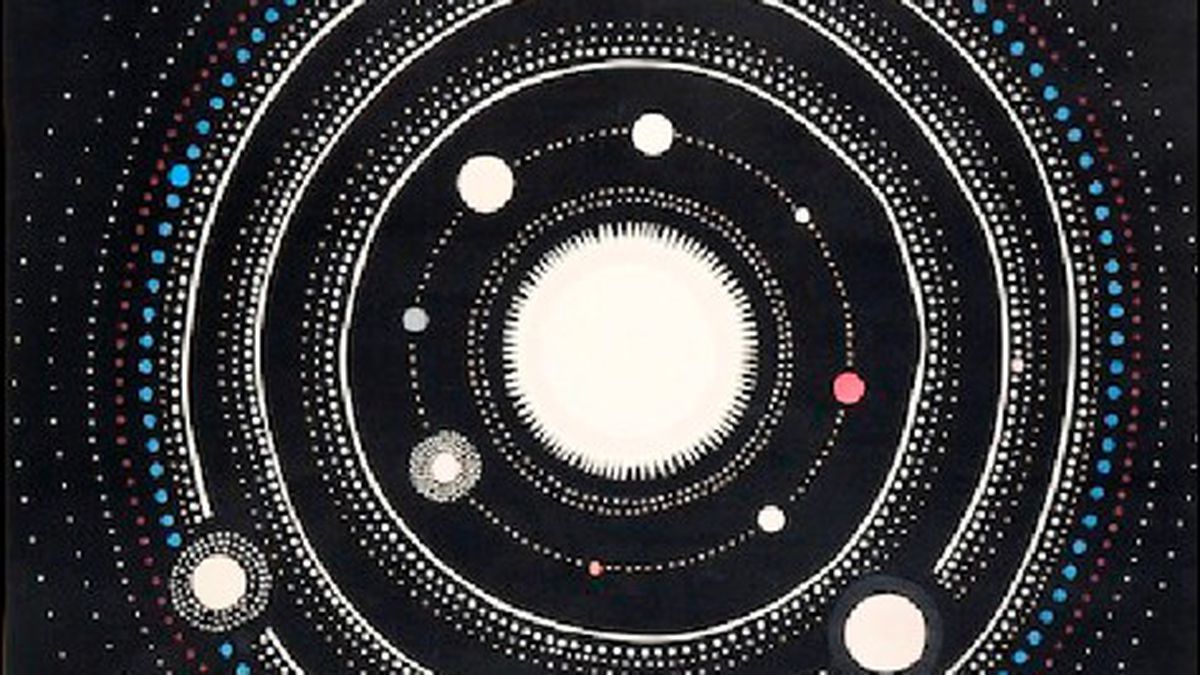 Known for her large collaged paper versions of traditional American quilts, replete with stylized animals, plants, and decorative motifs, Lena Wolff is exploring hard-edged minimalist abstraction of the kind we associate with 1960s painters like Frank Stella, Kenneth Noland, Ellsworth Kelly, and Victor Vasarely — through a feminist/historicist perspective. (The debt or at least resemblance of Stella et al. to domestic quilting’s triangles, squares, and rhomboids has been pointed out in the past, though denied.)

Wolff’s title, Another Country, taken from James Baldwin’s novel about bohemia, thus has a certain art-historical irony: In the pluralist era, all past cultural dichotomies (and boundaries) have been demolished. It’s a flat world (to commandeer Tom Friedman’s economic term), at least aesthetically. Wolff’s marriages of geometric abstraction with traditional handicraft in “Double Eight-Pointed Star,” “Radiance Flag,” “Brown Star (Toward Becoming a Compass),” “Eight-Pointed Star with Sun,” “Eight-Pointed Star, Black Dahlia,” and “Yellow Dahia” work nicely, evoking Midwestern comforters and perhaps also Middle Eastern mosques. Other pieces like The Ever Expanse, The Hunt for Other Moons 3, and Vine with Moons and Red Sun retain motifs from nature, astronomy, and botany, respectively, but with poetic restraint, while Mariner’s Compass and Octagon Web, a pair of black light-box wall sculptures pierced with pinhole mandalas that sparkle as the viewpoint shifts, suggesting night skies dotted with gemstones, show Wolff trying out other ideas. Sharing the gallery is Visitors, comprising collages by Rebecca Barten, Miriam Klein Stahl, and Melody Owen, and lyrical semi-abstract paintings by Signe Olson. Another Country and Visitors run through December 17 at Traywick Contemporary (895 Colusa Ave., Berkeley). 510-527-1214 or Traywick.com.

Wolff curated a related show featuring works on paper by fourteen pairs of quilt makers (as well as photographers, illustrators, printmakers, conceptual and social-practice artists, and a quilt historian), including those showing at Traywick — too many to list here, so see the website. Wolff: “Aside from being an inviting, warm, and humble medium, the quilt has an intrinsic capacity to connect people. Linked to realms of the heart and hand, to the intimate, to narrative, and even to a sense of our own impermanence, the quilt speaks a human language.”

The resulting projects, some done through snail-mail exchanges, evolved through dialogue, proving the artistic — and maybe even economic and political? — viability of interconnectivity and interdependence (not that lone wolves are excluded from the pantheon/pack). Catalog available. Paper Quilt Project: Collaborations in Contemporary Craft runs through December 4 at Berkeley Art Center (1275 Walnut St., Berkeley). 510-644-6893 or BerkeleyArtCenter.org