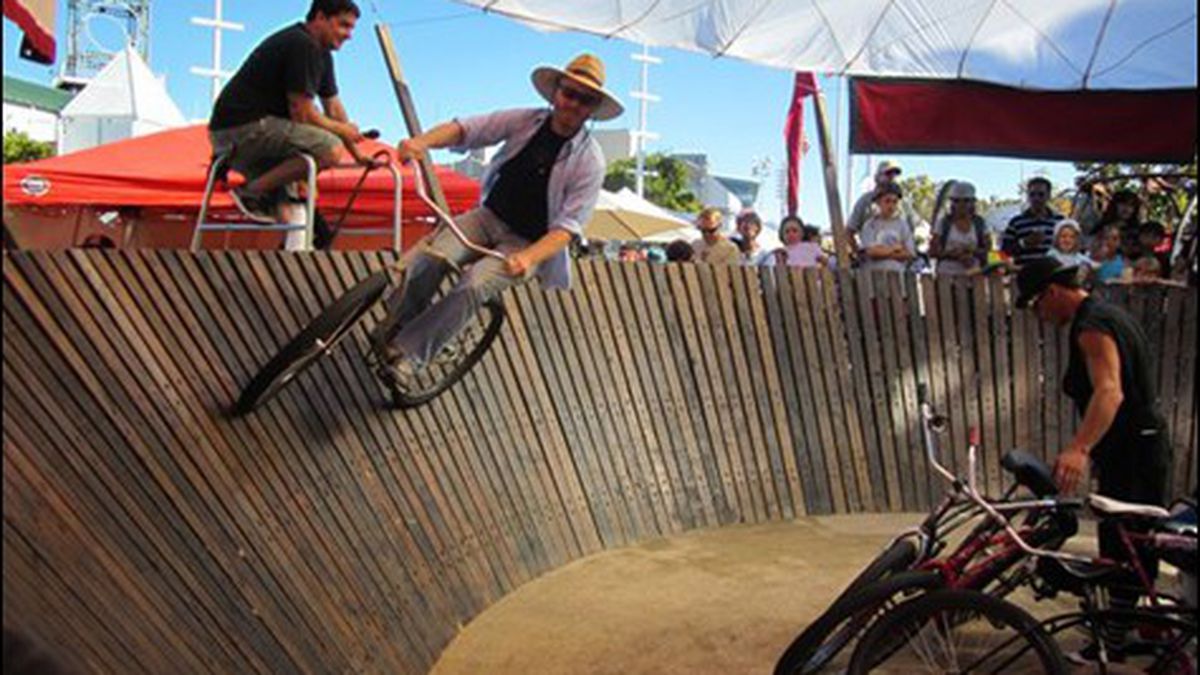 After a successful inaugural year, the bicycle festival returns to Jack London Square.

Currently there are more than one hundred miles of bicycle lanes and shared bike and car routes weaving throughout the City of Oakland, with another forty miles planned by year’s end. It helps explain why, in 2010, the League of American Bicyclists gave the city a bronze award for its bike-friendly streets. And, befitting the city’s diversity, at any given moment you might find someone taking advantage of the lanes on a BMX, fixie, scraper bike, cruiser, recumbent, or some other iteration of the versatile machine. To say that bicycle culture is booming in Oakland has become an understatement, not to mention painfully played-out.

Still, that doesn’t mean the phenomenon shouldn’t be celebrated — as it was in utmost style at last year’s Pedalfest, which organizers say drew between 15,000 and 18,000 people. Held along the waterfront in Jack London Square (Water St. between Clay and Harrison sts., Oakland), the inaugural bike festival featured everything from a pedal-powered ice-cream maker to a circular wooden “Whiskeydrome,” a rickety structure on which daring cyclists (including a uniformed Oakland Police officer) rode around in precarious circles. Kids picked up safety skills at a “bike rodeo,” bands performed on a bike-powered stage, and BMXers showed off their stunts to large crowds. Suffice it to say the city’s largest and most cohesive bike-themed celebration to date (after Bike to Work Day, that is) was a hit.

“It’s an event that people were hungry for,” said Renee Rivera, executive director of the East Bay Bicycle Coalition, which co-organized the event along with Jack London Square and Bay Area Bikes. “There’s this amazing bike culture in the East Bay that’s been growing over the past few years, but we’d never had such a big community bicycling event before.” So it’s not surprising that organizers decided to give the festival another go. The second annual Pedalfest, which will be held on Saturday, August 18, borrows much from last year’s programming — including the Whiskeydrome stunts and the New Belgium Brewery beers for sale — but with some fresh features added in. New this year is an exhibition of “Whymcycles,” bicycles fancifully refashioned by Davis resident Peter Wagner; and an aerial bike performance called Torque: Dance on a Bike on a Rope, presented by San Francisco-based Flyaway Productions. Organizers also moved the fest from October to August to run festivities later into the evening.

Perhaps Pedalfest’s initial success can be credited to its appeal to bikers of many types. As Rivera pointed out, last year’s event drew everyone from serious cyclists to families and art-bike aficionados. “The ‘bicycling community’ is actually made up of a huge number of subcultures, but people tend to stay within their groups,” she said. “I’ve been in the bike community for seventeen years now — and this was the first event I’ve seen where I felt like everyone came out.” Aside from the many bike-themed attractions and performances, those who ride out this year will find free ferry rides from San Francisco, complimentary valet bicycle parking, El Taco Bike fare, Bicycle Coffee, and plenty of other two-wheeled delights. 11 a.m.-8 p.m., free. PedalfestJackLondon.com