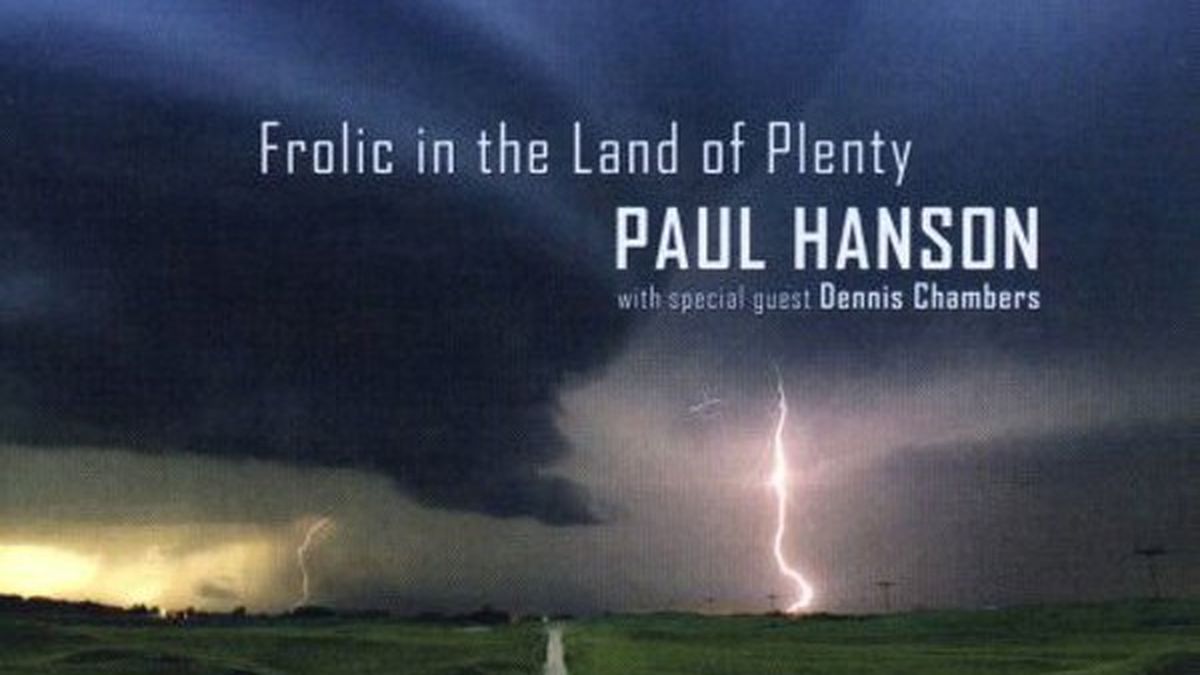 Frolic in the Land of Plenty

As a bassoonist who’s wandered far off the reservation, Berkeley’s Paul Hanson is a supremely inventive musician eager to explore new realms. Over the past decade, he’s brought the difficult double reed instrument into worlds where it’s seldom gone before, combining jazz-related improvisation with funk, classical, and world music, while using electronic devices to create beautiful new sounds and textures.

After nearly two years on the road with Cirque du Soleil’s Saltimbanco production, the Berkeley High alum is reintroducing himself with Frolic in the Land of Plenty, a CD that lives up to its cornucopian title. With artful multitracking, Hanson creates a series of kinetic settings while manipulating the bassoon’s tone so that it sounds buzzy and serpentine on one cut, then gleaming and Stratocaster-hard on the next. He opens the album with a jaw-dropping duo version of Jacob do Bandolim’s choro “Flight of the Fly” with Caíto Marcondes on the frame drum (pandeiro), a piece that deftly captures the lilting Brazilian rhythm. Hanson displays serious fusion chops on “Emerald Mile,” which builds to a rockin’ bassoon solo that will flummox anyone trying to guess the instrument. And he tears through an odd-metered Balkan bacchanal, “Subtle Demons.” On the latter two tracks he’s backed by powerhouse drummer Dennis Chambers, the most illustrious member of the album’s excellent cast, which also includes Eric Levy on Fender Rhodes, bassist Victor Little, and drummer Paul Van Wageningen. (Abstract Logix)